September heat wanes as the month comes to a close

NOW: September heat wanes as the month comes to a close

It was a warm start to the month. In fact, our warmest day was the very start to September when we hit eighty-nine degrees on the first. Even though it's normal to have one day in the 90s this month, we were unable to satisfy that quota. And recently temps have really cooled off. Within the last few days we've had our first Frost Advisory of the season issued and for a handful of spots, temps falling to the freezing mark. Milwaukee proper, however, only fell to forty-one degrees as the coolest low of the month, and that was yesterday. Overall it's been a half and half month in terms of the high temperatures. 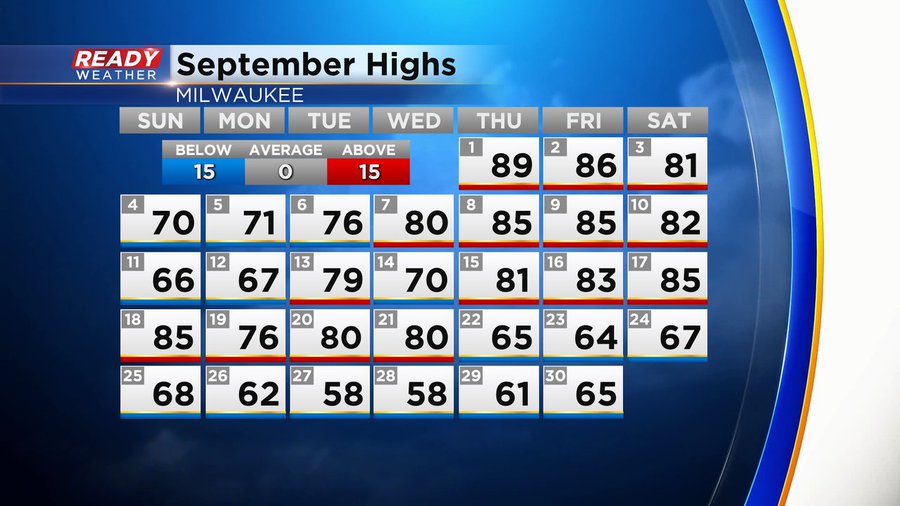 We should close out the month a little over a degree above average. Though what wasn't average was the rainfall! While the first ten days of the month only provided one day with measurable rainfall at a measly .01", the 11th of the month provided a big turnaround for us. The city picked up a whopping 4.78" of rain and other areas, especially down around Racine county pick up over 7, 8 and even 9 inches of what was much needed rain. For perspective, the average rainfall for the entire month is 3.16". But Mother Nature didn't stop there. In the two following days we picked up another inch of rain with a couple other lighter events for the second half of the month. In total, our rainfall will go down as 6.23" That's way above normal. And enough to wipe out the lingering drought conditions across the area.

As we flip the calendar over to October expect a pleasant and quiet start to the new month. 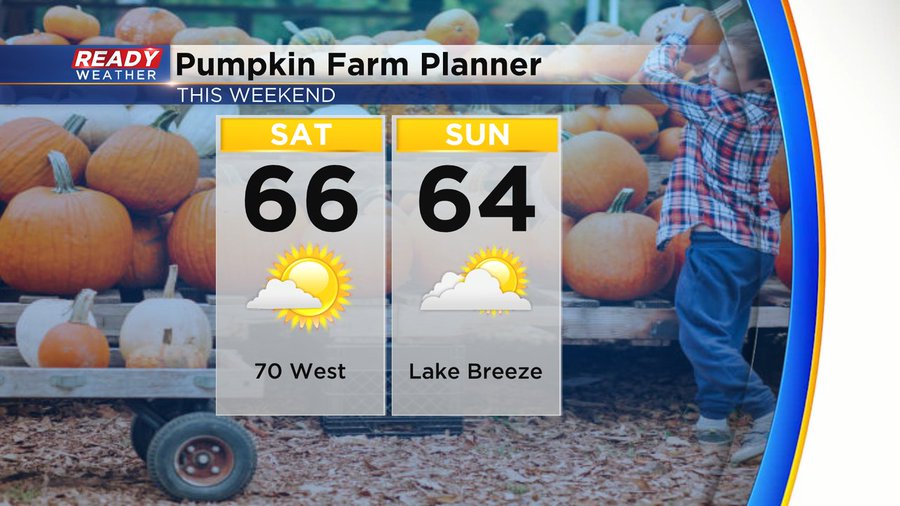 Plenty of sunshine is expected for the opening weekend of October with mild temps in the middle 60s. You'll notice a lake breeze both weekend days. Temps will slowly inch up toward seventy early next week before a cold front comes through on Wednesday. That front will provide widely scattered showers along with another cool punch of air. We're back to the 50s by late week.