Shooting leads to large seizure of weapons in Racine 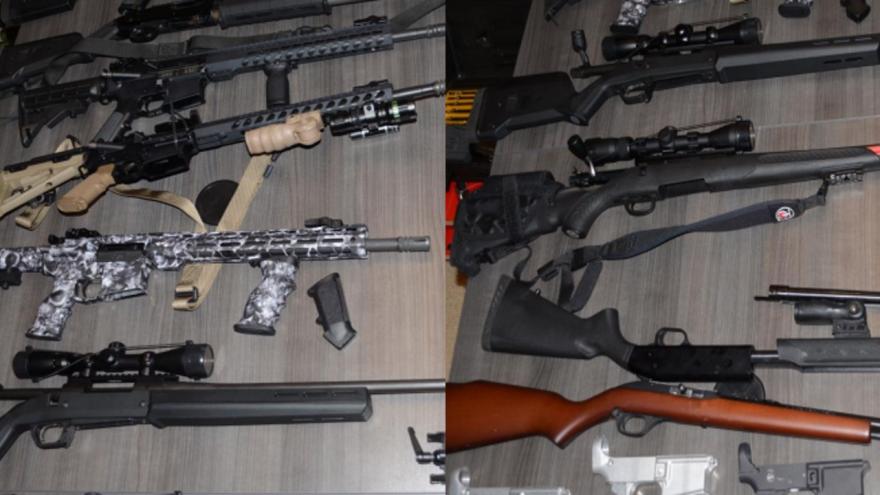 RACINE, Wis. (CBS 58) -- A shooting led the Racine Police Department to a significant amount of weapons, ammunition, and firearm-related paraphernalia.

According to police, on Saturday, Aug. 6, officers were called to Blaine Avenue, south of Kinzie Avenue, after a 49-year-old man reported he was shot at by a man named Calvin Gibson.

The 49-year-old officers he was driving when he saw Gibson behind him. According to the victim, Gibson shot at him and continued shooting at him as he drove away.

Following the report, officers located the vehicle Gibson was driving and a traffic stop was conducted. Gibson and his two passengers, 69-year-old Willie Gibson and 64-year-old Raymond Gibson, were arrested and taken in for questioning.

Calvin Gibson was arrested for:

Willie Gibson Jr. was arrested for:

Raymond Gibson was arrested for:

A search warrant was executed at the residences of all three men and a significant amount of weapons, ammunition and firearm-related paraphernalia was collected.

The Racine Police Department says it is clear the Gibsons were manufacturing firearms in one of their residences.