'The least I can do:' Giannis Antetokounmpo addresses participating in peaceful protests 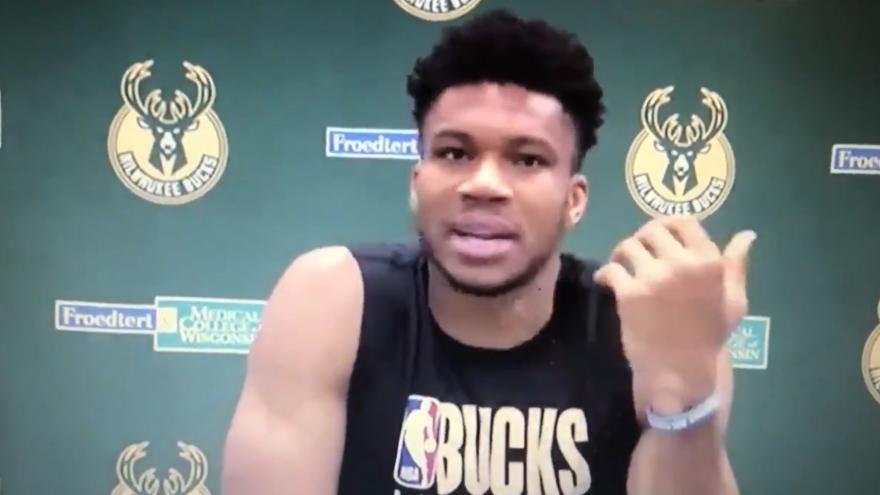 "Participating and getting out there marching with the people, [it is] the least I can do. Obviously I want to show people in Milwaukee I am here," Antetokounmpo said. "I am a part of the Milwaukee Bucks, but I wanted them to know I am with the people. I am accessible, they can see me… I brought my family, I brought my son out there even. It is something I wanted to do."

.@Giannis_An34 explains why it was important for him and his family to join the peaceful protests in Milwaukee calling it “the least I can do.” pic.twitter.com/JNEBy3GcXc

A handful of Bucks players joined protesters in Milwaukee on Saturday, June 6 as demonstrations in the name of George Floyd continued across the country.

Antetokounmpo, Brook Lopez, Sterling Brown, and other members of the Bucks met up with protesters near 32nd and Wisconsin.

The players wanted to stand in solidarity with the community; they said even though they are professional athletes they are also athletes of color and want to show their support.

Antetokounmpo previously stated he wanted to march specifically because his son is Black.