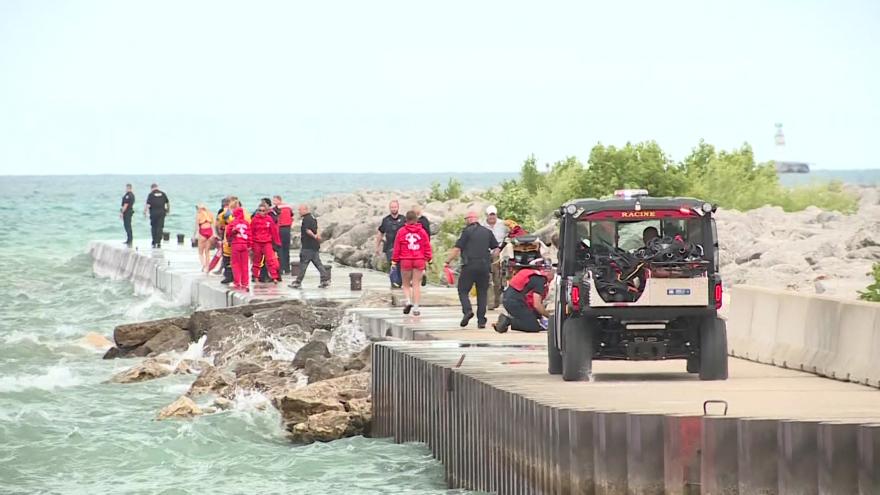 Limbert had been in critical condition since she was rescued more than a week ago.

She is the third child to drown in Racine in less than a month.

The other two drowning victims were a 10-year-old girl and a 17-year-old boy.

RACINE, Wis. (CBS 58) -- First responders raced to Racine's lakefront for the third time in as many days to rescue two more swimmers in trouble Monday, June 21.

This followed the drowning deaths of two other children, a 10-year-old and 17-year-old.

Emergency crews responded to an area of North Beach near the Racine Yacht Club pier.

The part of the North Beach is marked unsafe for swimming.

The wind was coming out of the north east causing big waves, and it caught two swimmers in the water.

"She said we were swimming, I almost drowned, my girlfriend's still in the water, call 911," said eyewitness Tanya Tylock.

Officials say the first teenage girl was rescued with cuts and scratches to her body. Emergency crews rushed to rescue a second girl caught in the water by the Racine Yacht Club pier.

A boat sped to shore where fire crews took the swimmer to a waiting ambulance.

"It didn't take 'em too long to find her, but I know when you're in the water time is of the essence," said Tylock.

This part of North Beach has long had a dangerous reputation.

"The waves come crashing into the pier and there's cavities under the pier from getting hit all the time," said former Racine Alderman Jim Kaplan.

He said the city has discussed what else it could do to make this part of the beach safer.

A 17-year-old died Monday after being rescued from the water off North Beach on Saturday.

A 10-year-old drowned further north at Zoo Beach on Saturday as well.

"A lot of the areas here in the lake have specific hazards, whether that be rip currents," said Coast Guard Lt. Junior Grade Phillip Gurtler.

He said swimmers need to know what they're getting. Four water rescues have tragically brought that warning to life.

The Racine County Sheriff's Office says the second teenager was given emergency medical attention at the scene and taken to Children's Wisconsin via Flight for Life.