T.J. Watt is NFL Defensive Player of the Year 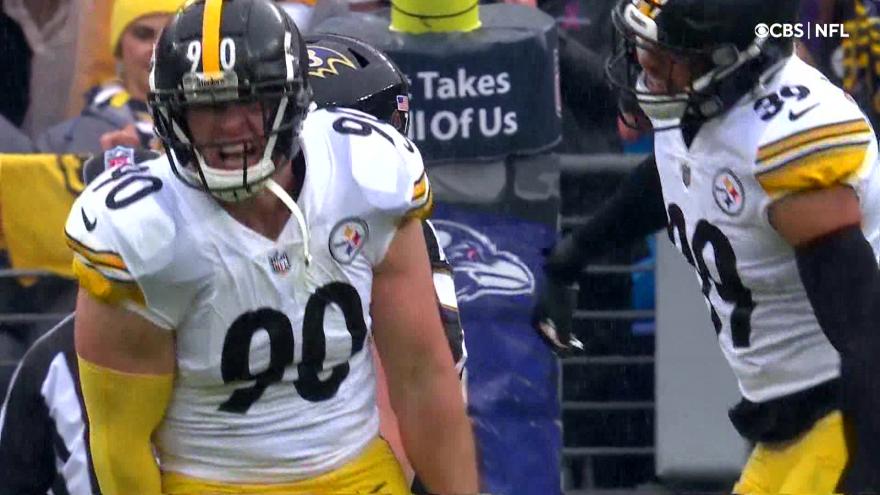 PITTSBURGH, Pa. (CBS 58) - After missing out on the award last year by seven votes, T.J. Watt is the 2021 NFL Defensive Player of the Year.

The Pewaukee native and former Wisconsin Badger now joins his brother J.J., who's won the award three times, as a DPOY.

T.J. is in his fifth season with the Pittsburgh Steelers and finished as the NFL's sack leader for the second year in a row. In 15 games played this season, his 22.5 sacks tied an NFL record set by former New York Giants defensive end Michael Strahan in 2001. Strahan won DPOY in that season as well.

Watt also led the league with 21 tackles for loss, the second straight season he led the NFL in that category. He had 39 quarterback hits and forced five fumbles.