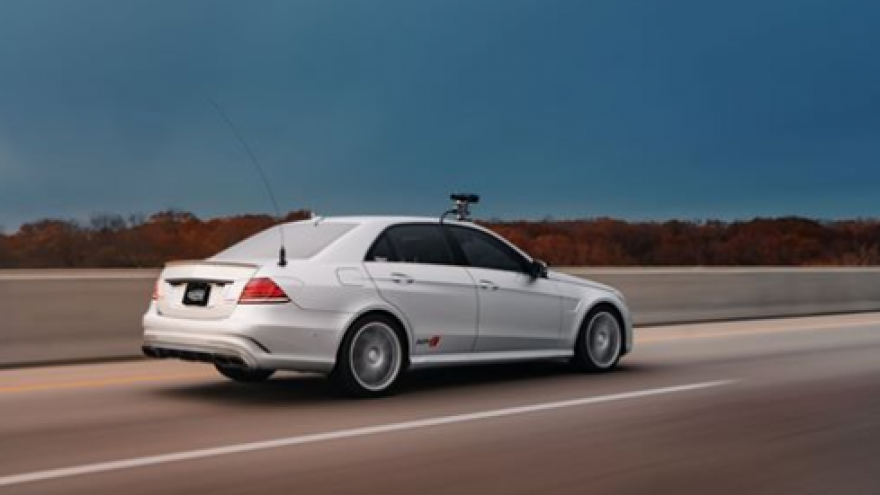 This car made it from New York to California in just one day (Photo: JR Photon)

REDONDO BEACH (CBSLA) — A trio of men say they’ve beaten the record for the so-called Cannonball Run, driving from New York to Los Angeles in just one day.

In a 2015 Mercedes-Benz E63 AMG modified to blend into traffic and outfitted with police-evading technology like a laser defuser, Cannonball Run enthusiast Arne Toman says he, Doug Tabbutt and Berkeley Chadwick left Manhattan at 12:57 a.m. on Nov. 11 and arrived at the Portofino Hotel in Redondo Beach 27 hours and 25 minutes later.

They told the Washington Post they were stopped just once – as they pulled into a Denny’s parking lot in Redondo Beach for a celebratory meal.

If driving 2,825 miles in just under 28 hours sounds impossible, that’s because it’s illegal – the trio says their highest speed was 193 miles an hour, but averaged about 103 miles an hour. The previous record was set in 2013 at 30 hours.

The feat was accomplished with the help of a custom-fabricated fuel cell to cut fuel stops to four, which took a total of 22 minutes, and almost 20 scouts — plus a radar detector, the laser defuser, and Waze — to avoid police officers, according to Road & Track Magazine.