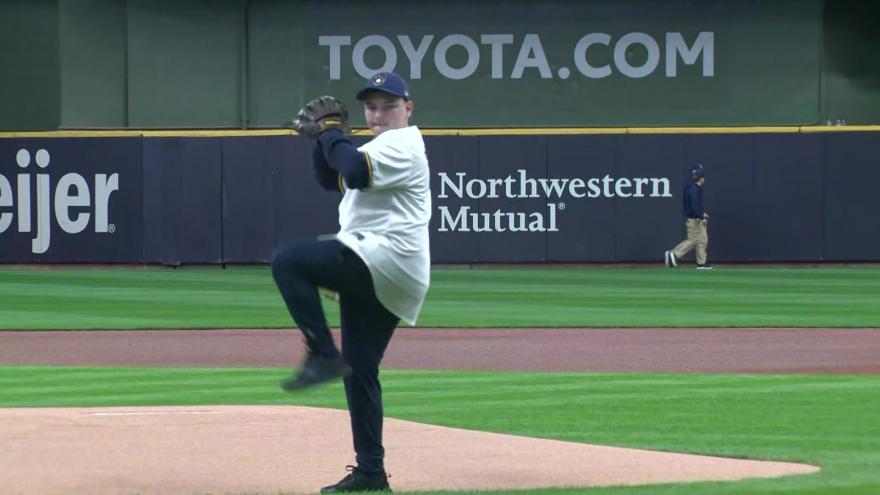 MILWAUKEE (CBS 58) -- The ceremonial first pitch is always one of the most special parts of any Major League Baseball game. It's the unofficial start to the main event, and for Thursday's home opener, the Brewers picked one of the best.

From presidents of the United States to famous actors and musicians, the best athletes in the world, and heroes from all walks of life, the ceremonial first pitch is special. And the bigger the game, the bigger the celebrity.

It doesn't get much bigger than a home opener and it doesn't get more special than the person the Brewers have on the pre-game mound.

Back on Nov. 21, 2021, thousands of lives in our hometowns were changed forever. Six people were killed and more than 60 hurt when the Waukesha Christmas parade was attacked.

The only child that lost his life was 8-year-old Jackson Sparks. His older brother, Tucker, was badly injured.

Both love baseball, and both were walking with their teams when they were hit.

On April 5, through a Facebook post, their mom, Sheri Sparks, announced that Tucker would be throwing out the first pitch before the Brewers' 2022 home opener.

Maybe not the most famous first pitcher of all time, but it is the most perfect -- for his healing, for his brother, for his family, for this community.

WATCH: A quick, but special piece I did on the amazing boy that's throwing out the first pitch before the @Brewers Home Opener! @CBS58pic.twitter.com/l7yrtmuWF0