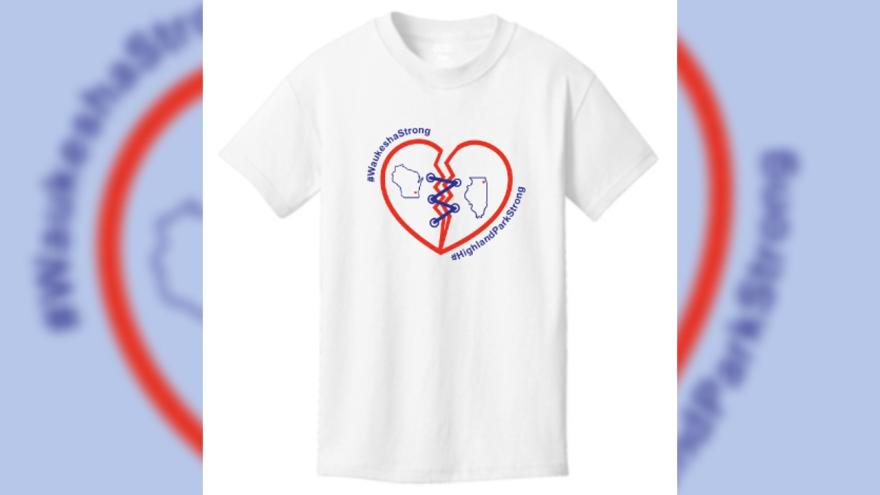 WAUKESHA, Wis. (CBS 58) -- A Waukesha small business is offering products for sale in order to support the victims of the Highland Park, Illinois shooting on July 4, an effort uniting two communities devastated by tragedies that both occurred during community parades.

Moose My Shirt is selling t-shirts, tank tops and car decals with a design portraying the two communities on opposite sides of the Wisconsin-Illinois border coming together. The design features the phrases "#WaukeshaStrong" and "#HighlandParkStrong." The proceeds of every purchase will go to a charity that is yet to be determined but will be designated for the support of the victims and the families of the Independence Day parade shooting in Highland Park that left seven people dead and more than two dozen wounded.

The Waukesha community underwent a similar tragedy when a man drove an SUV into a crowd of people at the city's Christmas parade in 2021, killing six people and wounding dozens more. Images from the Highland Park shooting of law chairs, candy and other items left behind at the location were in striking parallel with similar scenes in Waukesha when the tragedy happened last year.

Risser said her business also participated in the Waukesha Strong campaign following last year's tragedy to raise funds for victims and families in that community.

According to Moose My Shirt's website, the business will begin processing orders on July 11.

The webstore to purchase products can be found HERE.