'Will it get you high? Basically, yes': Loophole allows sales of marijuana-like product in Wisconsin

NOW: ’Will it get you high? Basically, yes’: Loophole allows sales of marijuana-like product in Wisconsin

MILWAUKEE (CBS 58) -- When Wisconsin legalized hemp, sales of CBD products took off. Now there is a new hemp byproduct that is growing in popularity. It's called delta-8 THC. It's sold like CBD but its effects are similar to marijuana.

"Will it get you high? Basically, yes," said Rachel Cartwright, owner of CBD Therapeutics of Wisconsin.

You can get delta-8 in candies, oils and vapes, and sales are booming across Wisconsin. 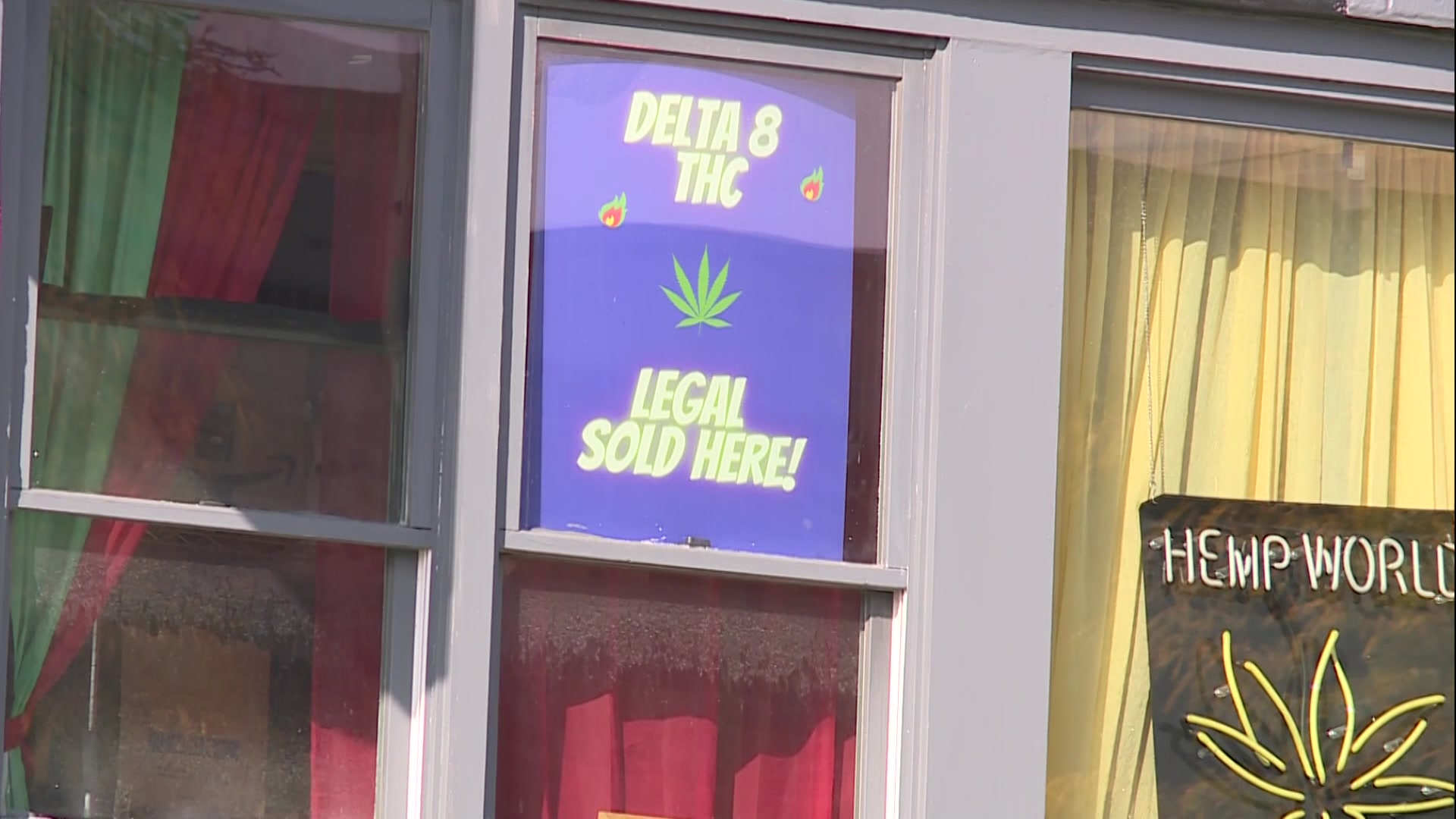 But how is it legal? Well, it's complicated. In Wisconsin, hemp-derived products are legal as long as they contain less than 0.3 percent delta-9 THC. Delta-8 THC is also found in hemp and is not explicitly prohibited.

"By taking CBD isolate and putting it through a heated process, and then a little bit more of a chemical extraction process, that it can be turned into delta-8," Cartwright said.

According to a report from the nonpartisan Wisconsin Legislative Council, it's that extraction process that raises questions. In a brief, attorneys wrote the legality of delta-8 "depends on whether it meets the definition of 'hemp' or, instead, constitutes synthetic or chemically synthesized THC."

Synthetic THC is illegal. The report concluded that whether or not delta-8 is legal is an open question and will require clarity from regulators or lawmakers.

In the meantime, it's sold virtually everywhere you find CBD.

"More and more products are being made available in Wisconsin," said State Rep. David Bowen (D-Milwaukee).

Rep. Bowen says he wants to see regulation of the products to protect consumers.

Cartwright says she refused to sell delta-8 at first because of the legal gray area, but changed her mind when it started popping up at stores and gas stations everywhere.

"I knew that if I was going to protect my customers that I was definitely going to have to take us, take the step and start making it myself," Cartwright said. "And making sure that the delta-8 that we got was, had perfect labs, was you know, free of any residual chemical solvents, free of pesticide."

Sebring also didn't sell delta-8 at first, but decided to start after doing research. He doesn't make his own products but says he carefully vets what he sells.

"I have worked very hard to make sure that everything that I sell is produced locally, and by locally I mean within the state of Wisconsin," Sebring said.

Both Cartwright and Sebring say delta-8 is their biggest seller now. 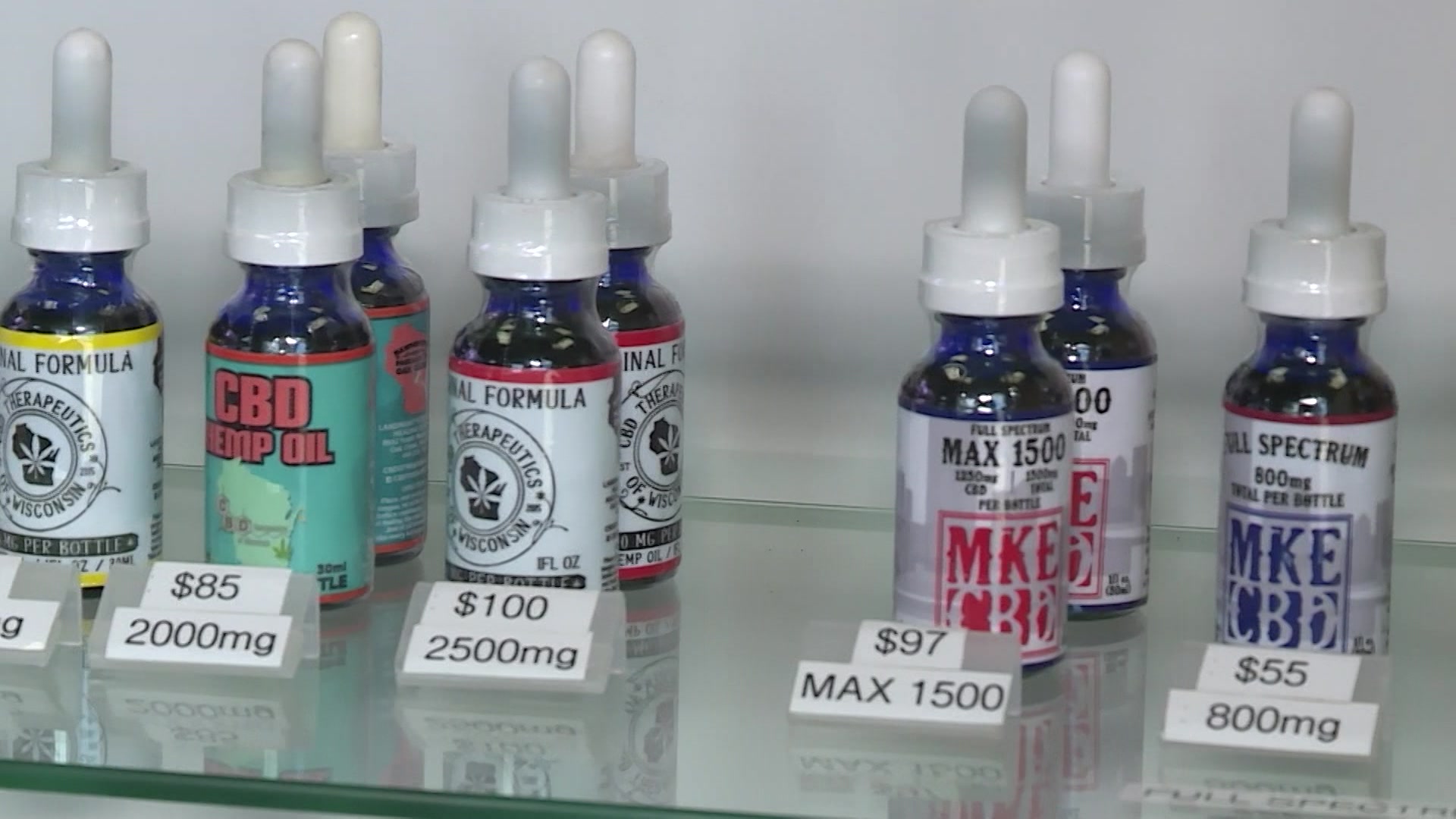 "More than half of my CBD sales are delta-8 products," Sebring said.

Some use it medicinally, others recreationally. But no matter how you use it, there are things you need to know. For starters, it's a buyers beware market.

"You really have to do your due diligence, do your research, buy from a reputable company, make sure that what you're buying, is, is what it says it is," Cartwright said.

You also need to know how much to take.

"You can take too much delta-8," Cartwright said. "You're not going to die, but you might feel a little strange."

And If you use delta-8 and take a drug test, you will test positive for THC.

"There hasn't been enough time to breed strains that would produce delta-8 flower," Cartwright said. "So what they're doing is chemically spray it with delta-8, and that's a huge problem because what they're -- the chemicals that they use to spray for a thinner, to get it on sometimes, it's alcohol, sometimes it's other different solvents."

Rep. Bowen says regulation is in the early stages but he hopes it's a bipartisan effort.

"At the end of the day we know that there's a threat of young people in the state of Wisconsin getting access to these products that shouldn't have them," Rep. Bowen said. "Or these products being made in a way where they can be hurtful to citizens of our state, so the more that we work together, the better."

Until those regulations are in place, which could take months or longer, it's up to producers and consumers to make sure delta-8 is used safely.

The Wisconsin Department of Agriculture Trade and Consumer Protection, which oversees the hemp program, declined to do an interview, but in a statement, said delta-8 is "a good example of the constantly evolving nature of the hemp and CBD industries in Wisconsin, and how regulation of these industries can get complicated."