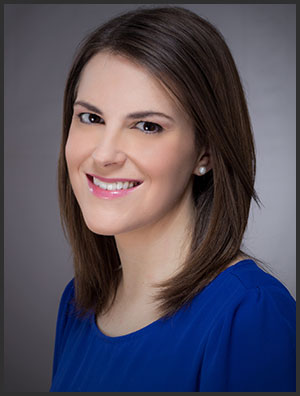 Kristen Barbaresi joined the CBS 58 team in March of 2016 as a reporter.

Kristen has spent her entire career thus far in Wisconsin. Before joining CBS 58, Kristen spent two years reporting in Madison, and two and a half years reporting and anchoring in La Crosse.

“I absolutely love Wisconsin, and I am so excited to continue reporting in this great state,” she says.

Kristen originally hails from Boston, but grew up primarily in Minnesota. She graduated from Saint Olaf College with a degree in Political Science. She then went on to earn a Master’s of Science in Journalism from Northwestern University.

Before entering the world of journalism, Kristen spent a year in AmeriCorps teaching reading at a low-income school.

“It was the most rewarding year,” she says. “I learned so much about the challenges facing low income students and schools. My kids taught me more than I could have ever taught them.”

Outside of work, Kristen enjoys trying new restaurants, working out and spending time outside. She also loves soccer and cheering on her favorite team, the New York Jets (though she has developed a love for Wisconsin teams as well).

Kristen is looking forward to exploring the Milwaukee area and can’t wait to spend the summer on the lakefront.

Kristen loves to hear from viewers! If you have story ideas, you can email her at kbarbaresi@cbs58.com.