Milwaukee picked up its first inch of snow of the season last night, but most of it melted during the day today as temps rose into the low 40s. 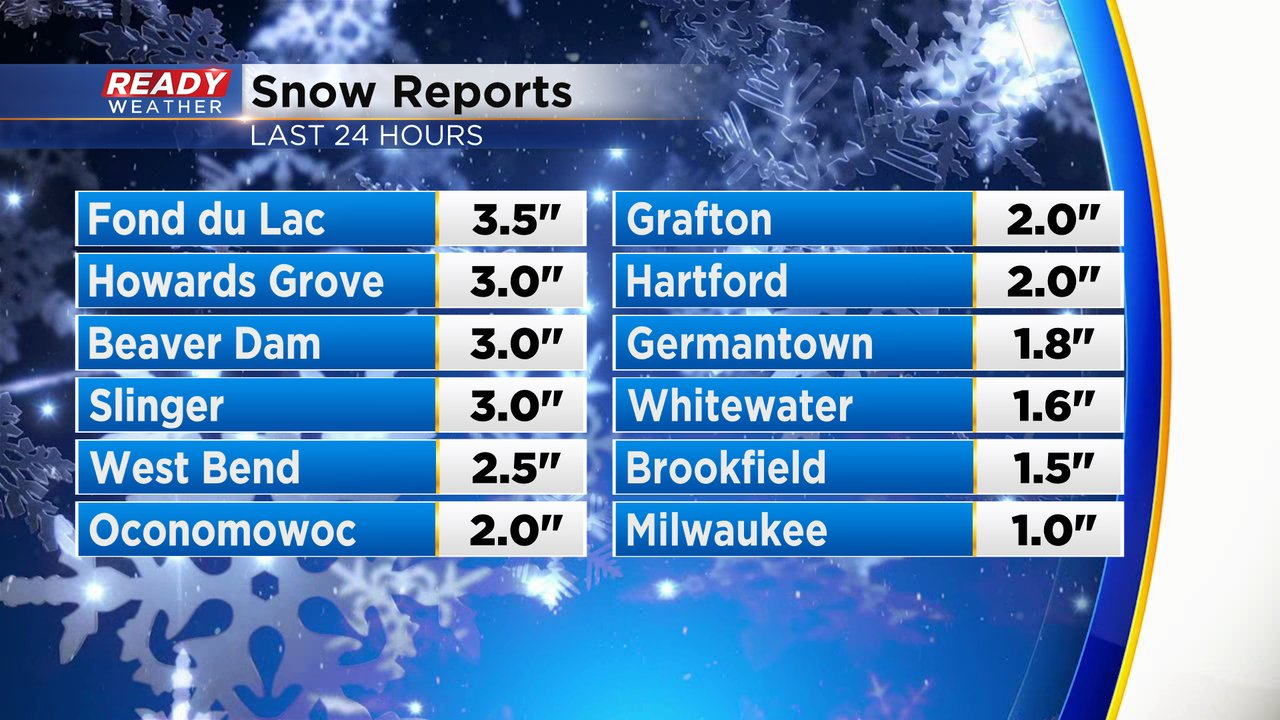 After waiting all of December for the first inch of snow, we have another round of accumulating snow on the way for Tuesday, which will impact the afternoon commute. A Winter Weather Advisory has been posted for all of southeast WI, beginning at 9am for Walworth and Jefferson counties and starting at noon everywhere else, running through midnight. 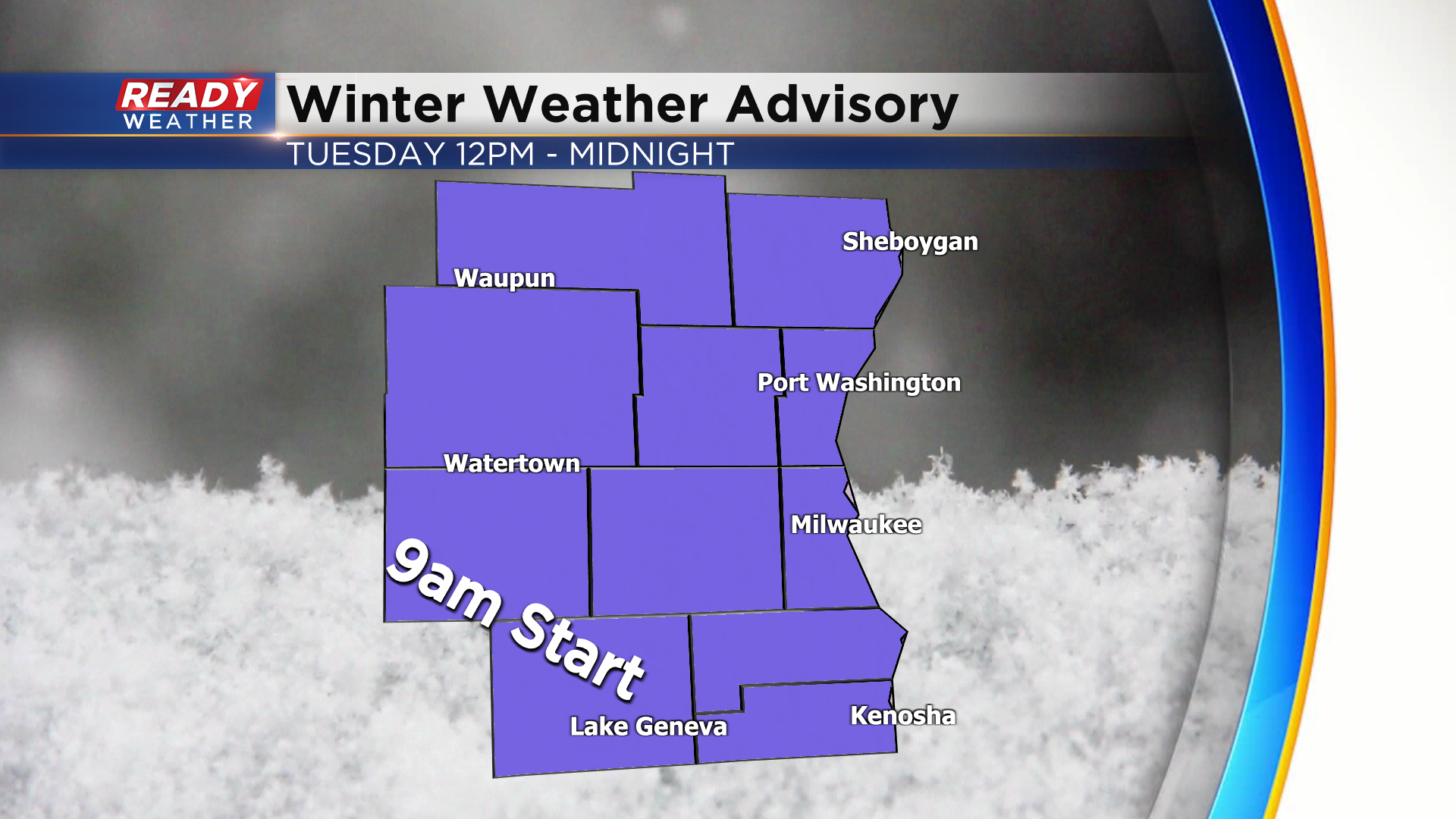 Snow looks to move in from SW to NE between 11am-2pm and it will likely be coming down at a moderate to heavy rate for a good chunk of the afternoon. 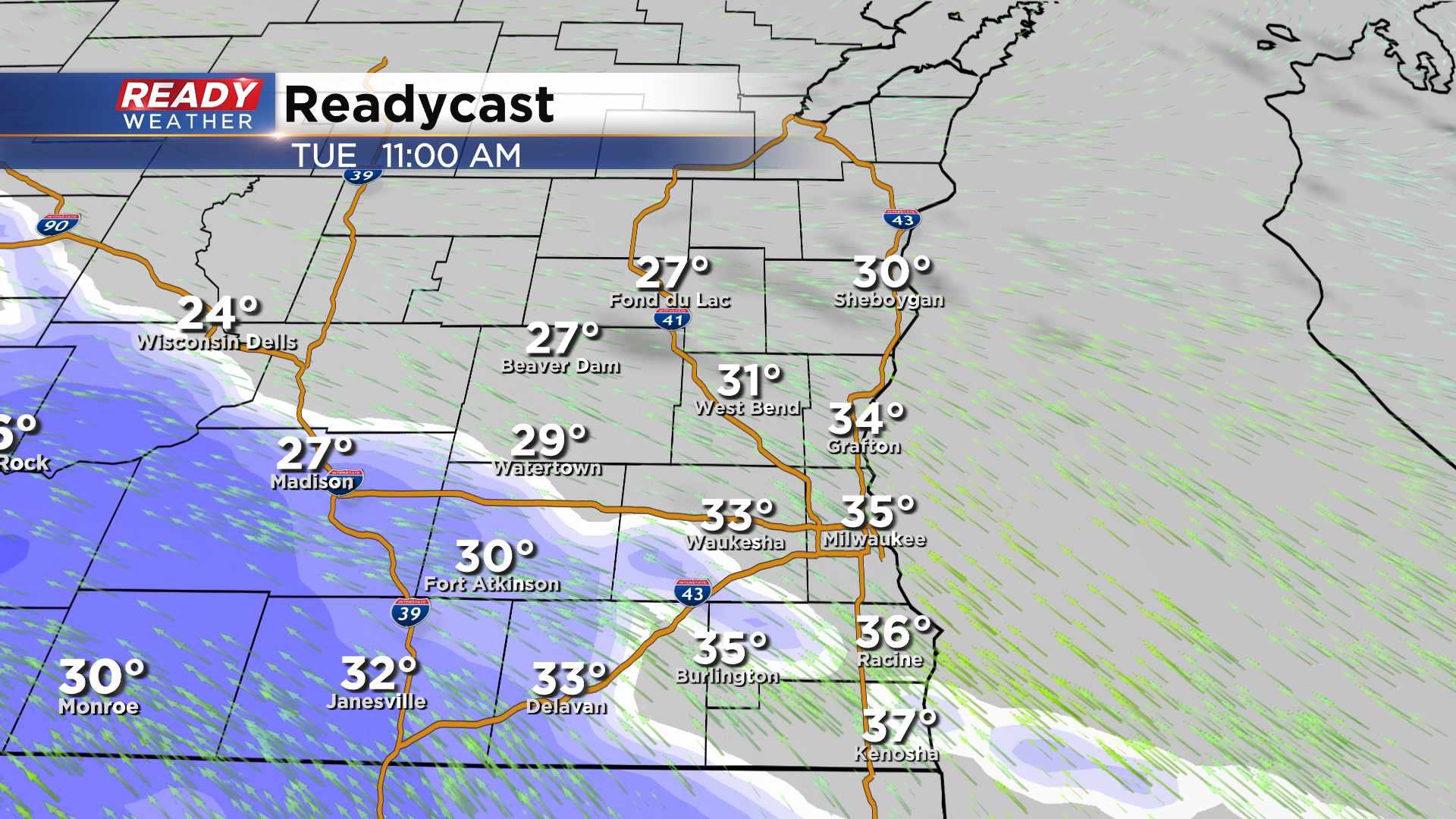 Snow will be widespread by the time the afternoon and evening commute rolls around with a bit of rain mix possible lakeside near Racine and Kenosha. 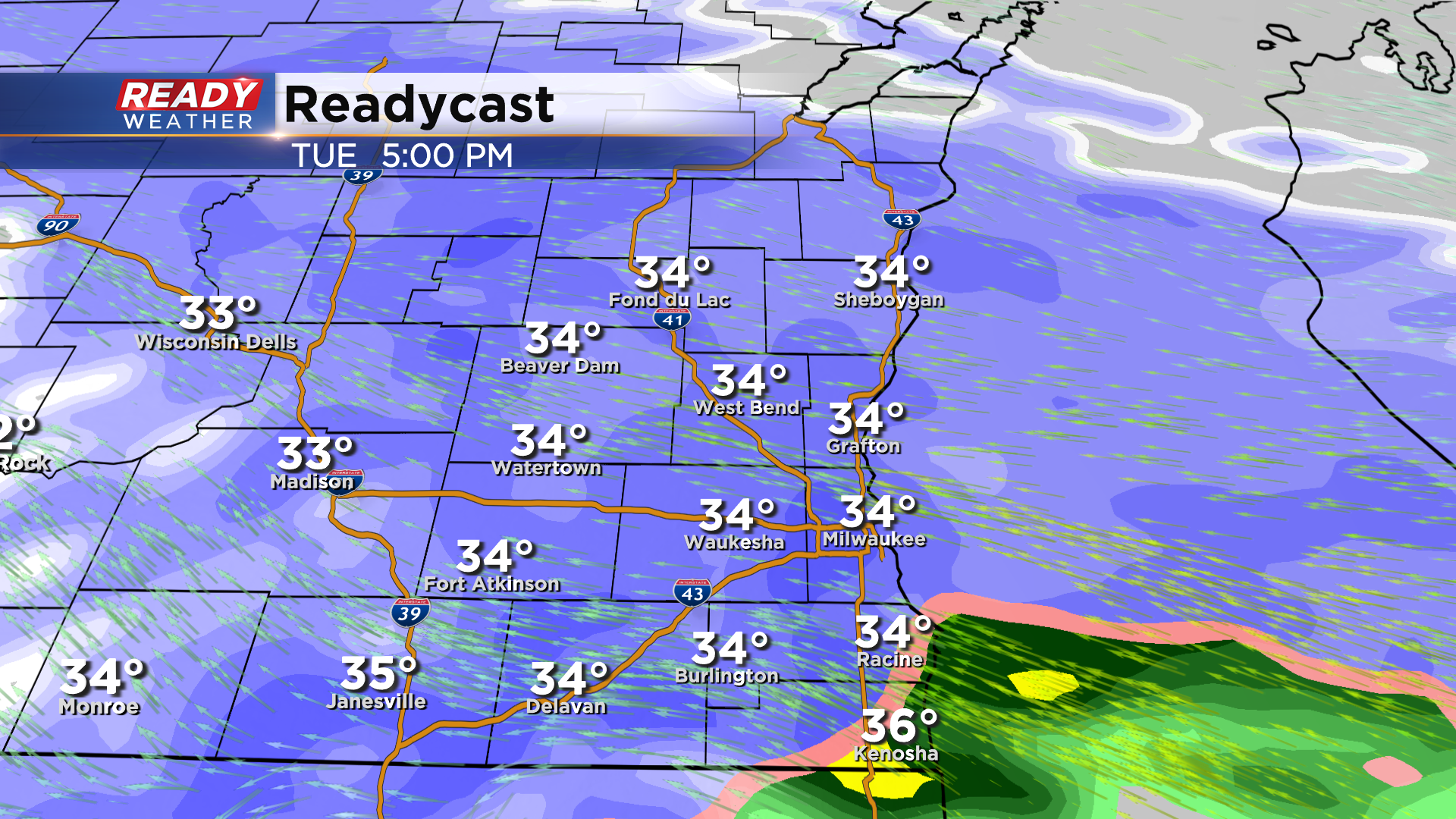 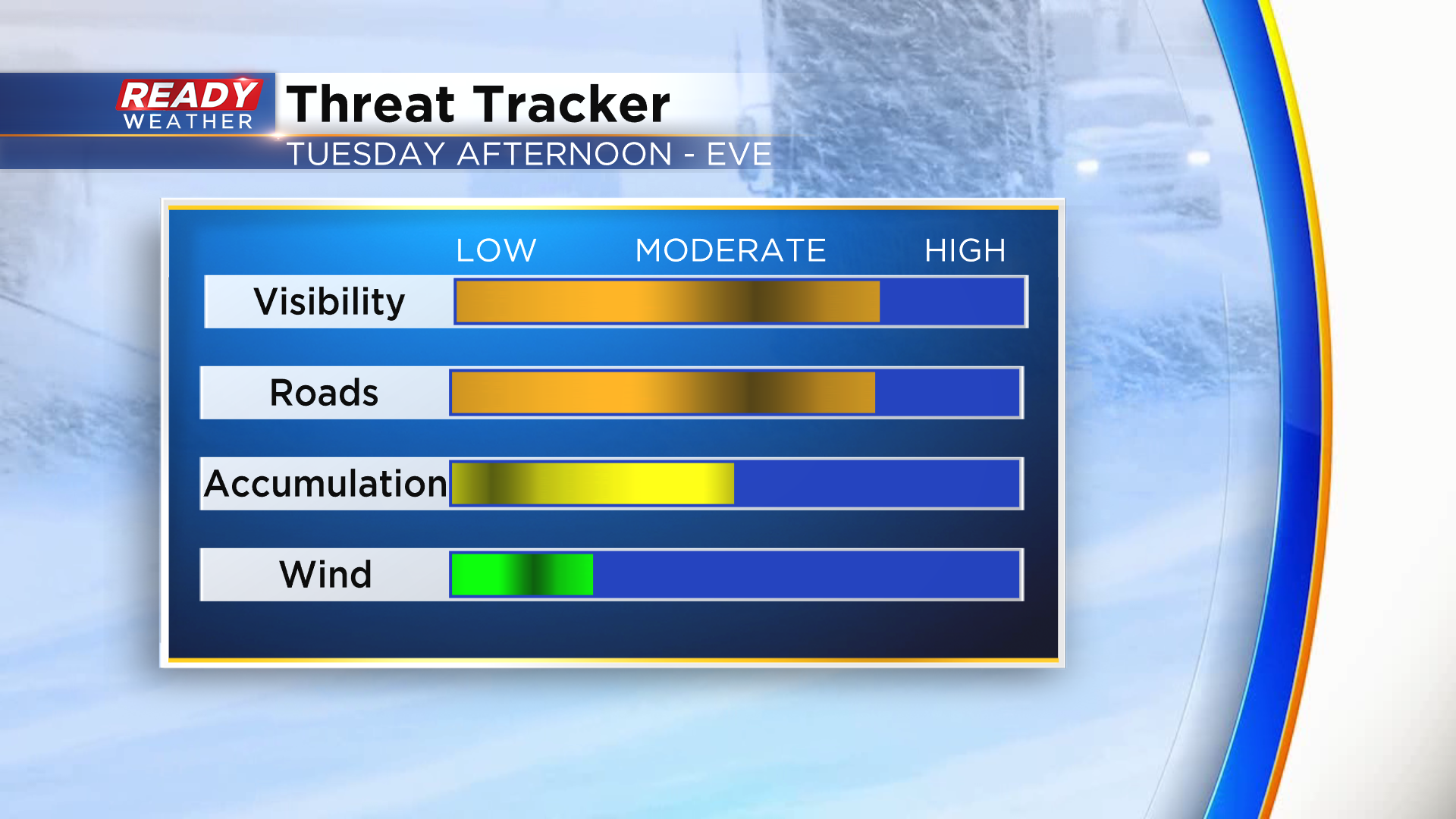 Most of southeast Wisconsin will likely pick up 2-3" of snow, with a few isolated spots up to 4" NW of Milwaukee, and slightly lower totals near Racine and Kenosha due to the rain mix. 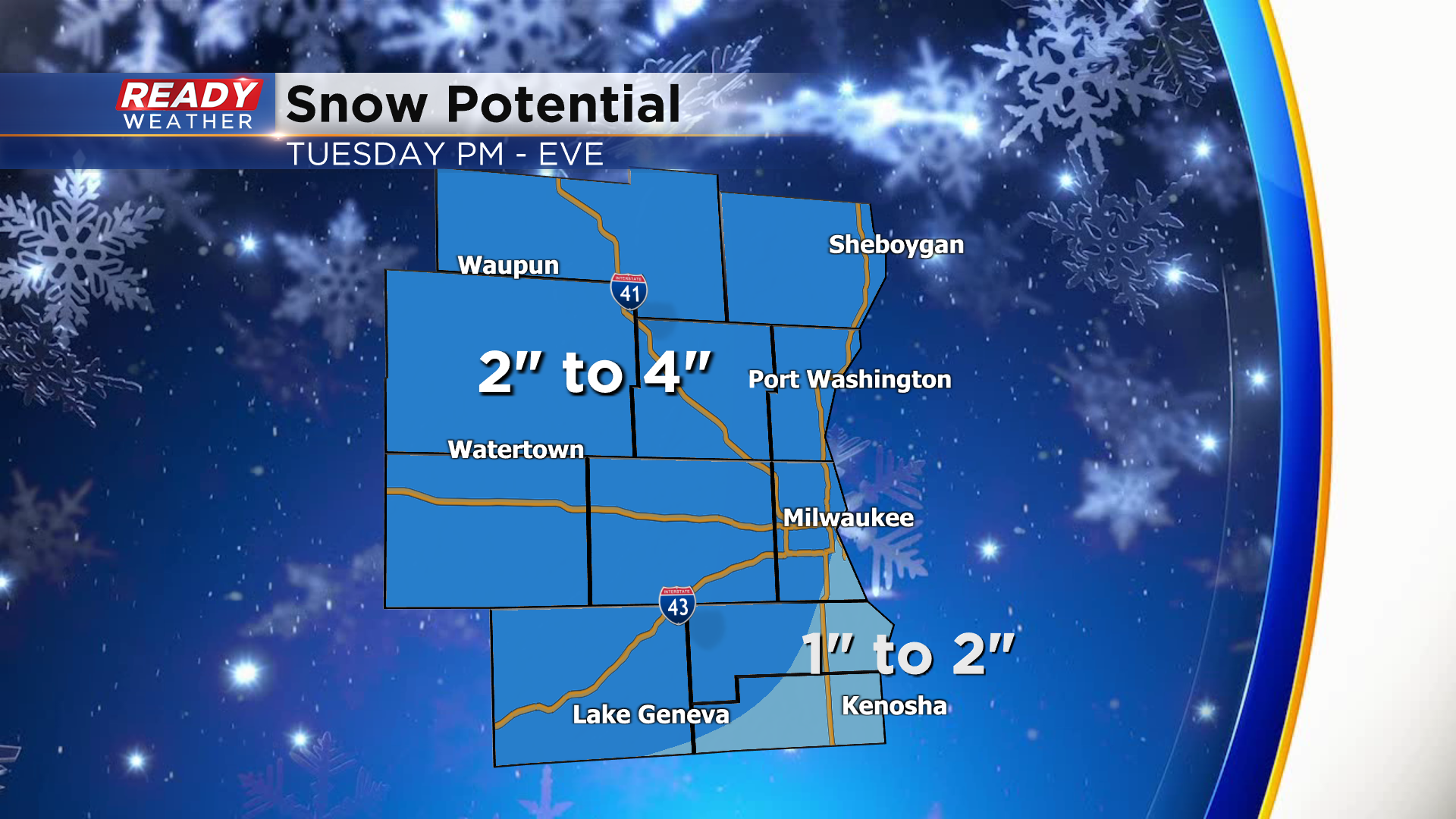 Snow will come to an end by mid evening, but a brief period of freezing drizzle may occur before midnight. Another quick shot of snow will move through Wednesday evening, with an additional half inch or inch of snow possible. 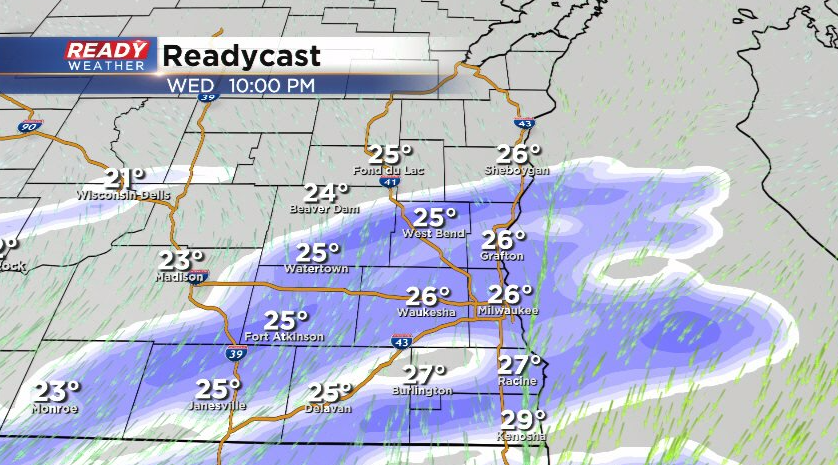