Tuesday Midday Update: After the coldest morning on the season, now we wait for a little snow

NOW: Tuesday Midday Update: After the coldest morning on the season, now we wait for a little snow

A shift in focus with the forecast from the cold to light snow.  Light snow is expected to break out during the afternoon and last into the overnight as low pressure crosses the area from the west.  We could see between a half an inch and inch.  Not much but enough to make things slick.  Starting on Wednesday we see a recovery in the temps followed by more a few more bouts of wintry mix later in the week.

Tuesday morning's lows were the coldest of the season so far. Most of southeast Wisconsin dropped into the single digits with Milwaukee staying at 10*. It was the coldest since the end of February! 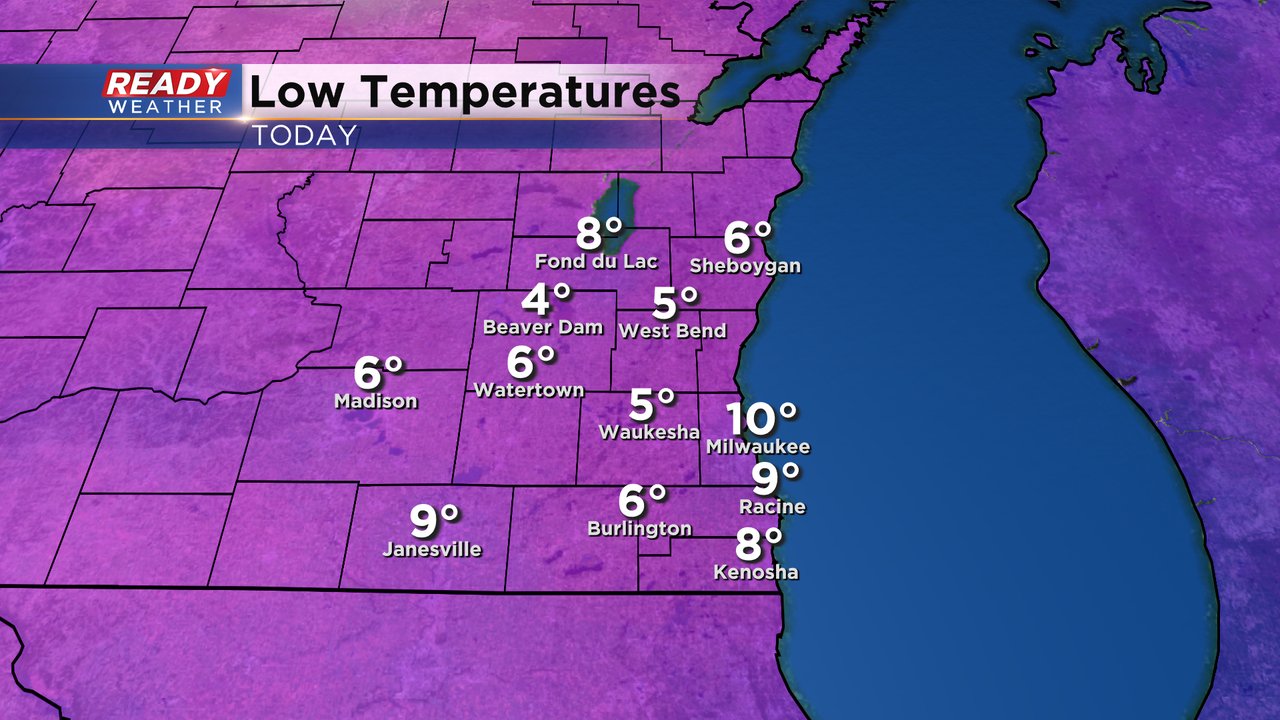 Thankfully there was a fairly calm wind but when the wind picked up a bit wind chills dropped to around or even below-zero. A light 5-15 mph wind is possible throughout Tuesday into Wednesday morning. Temps don't drop too much Tuesday night so wind chills will stay in the lower teens from Tuesday afternoon through Wednesday morning. 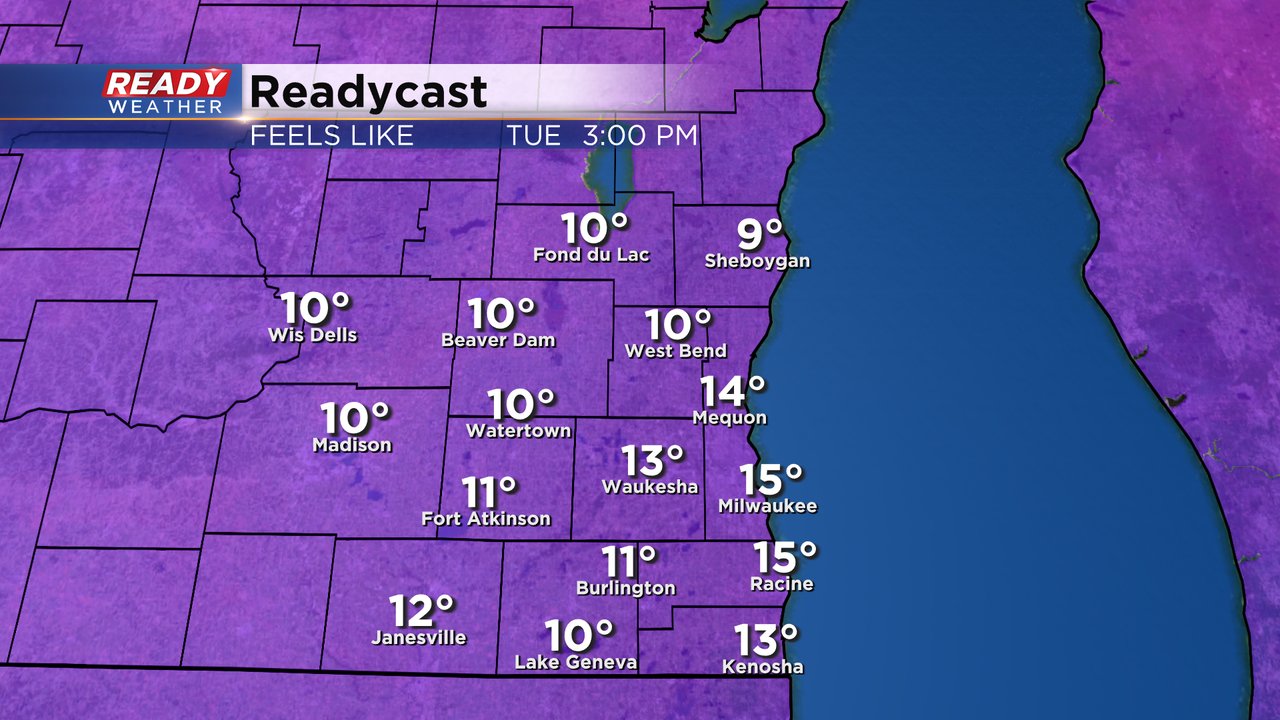 After a few chilly days Tuesday and Wednesday, high temps get back up to more seasonable numbers in the upper 30s and low 40s for the end of the work week and weekend. 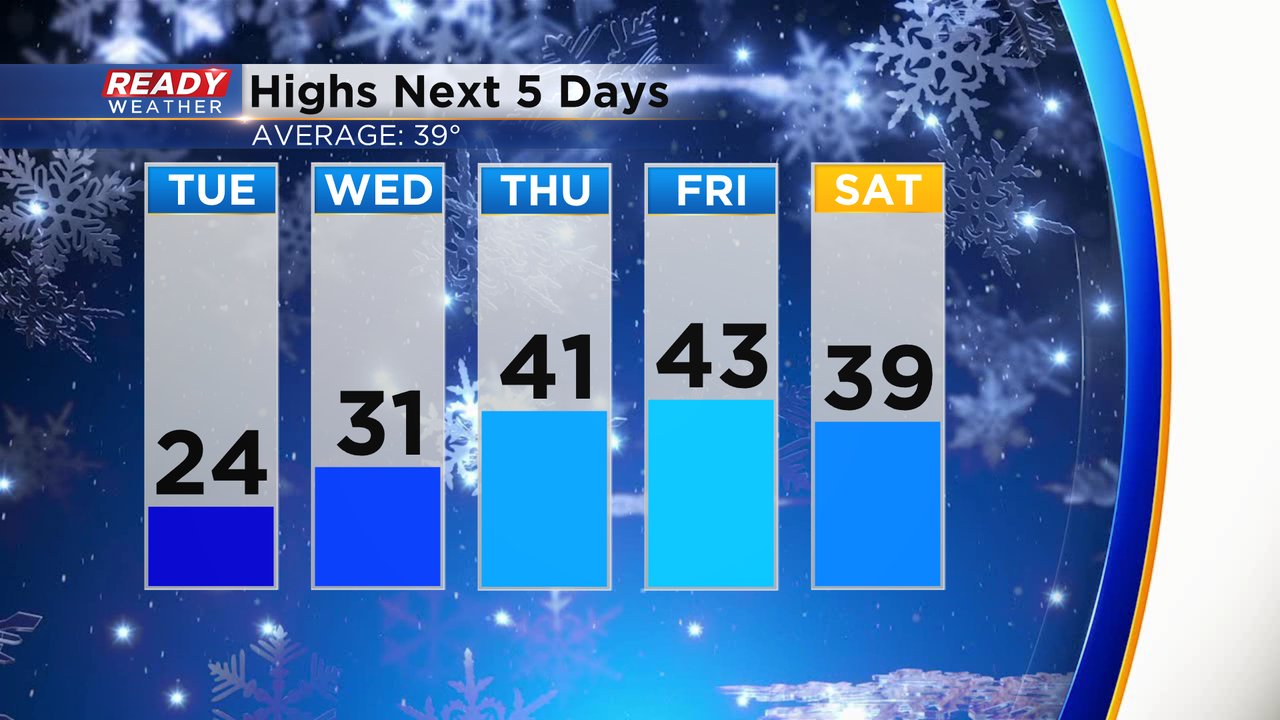 Those seasonable temps will be nice, but check out this out! The temperature trend for the middle of the month going into the week of Christmas shows a 80-90% chance for above-average temps. An average high that time of year is in the mid 30s but some 50s could definitely be possible. 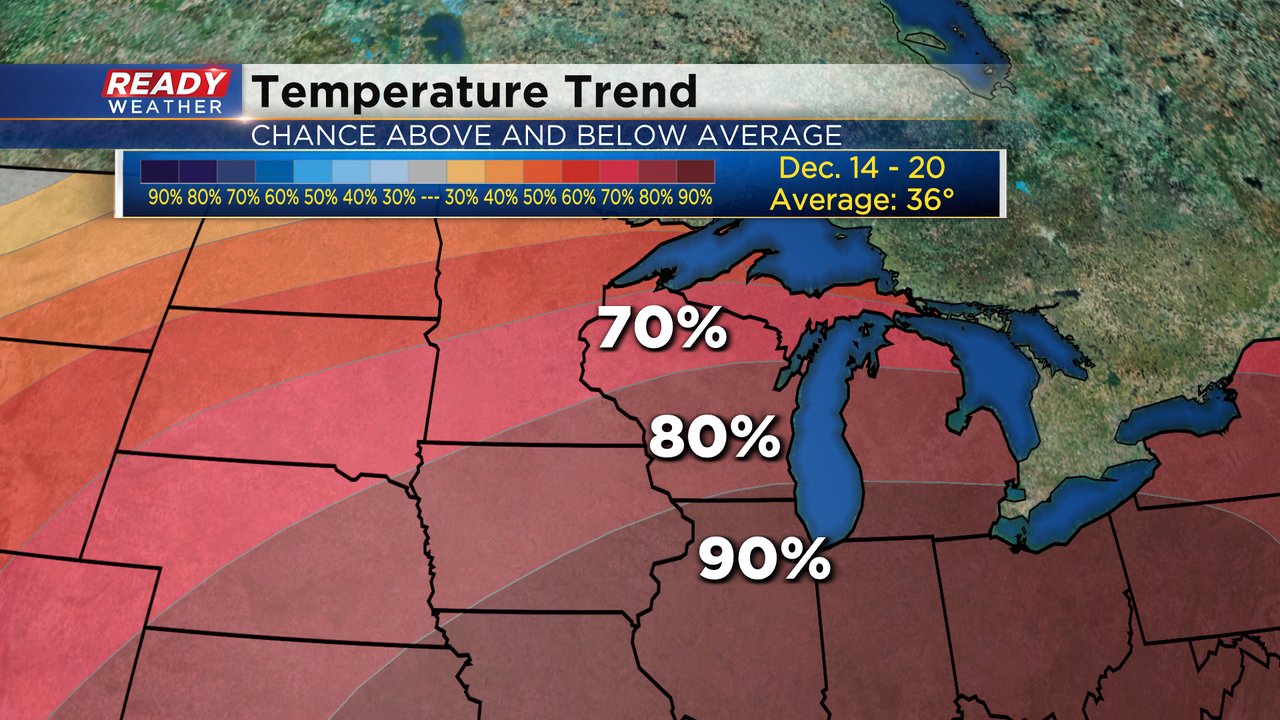