MILWAUKEE (CBS 58) -- A man walks into a busy Starbucks and demands money at gunpoint. Now, detectives are hoping with never-before-seen surveillance pictures, you can help them catch the thief.

Take a look at these photos from May 22, 2022. You're looking inside the Starbucks on Good Hope Road, where you can see the suspect disguised in a mask and glasses, holding a gun at the counter. 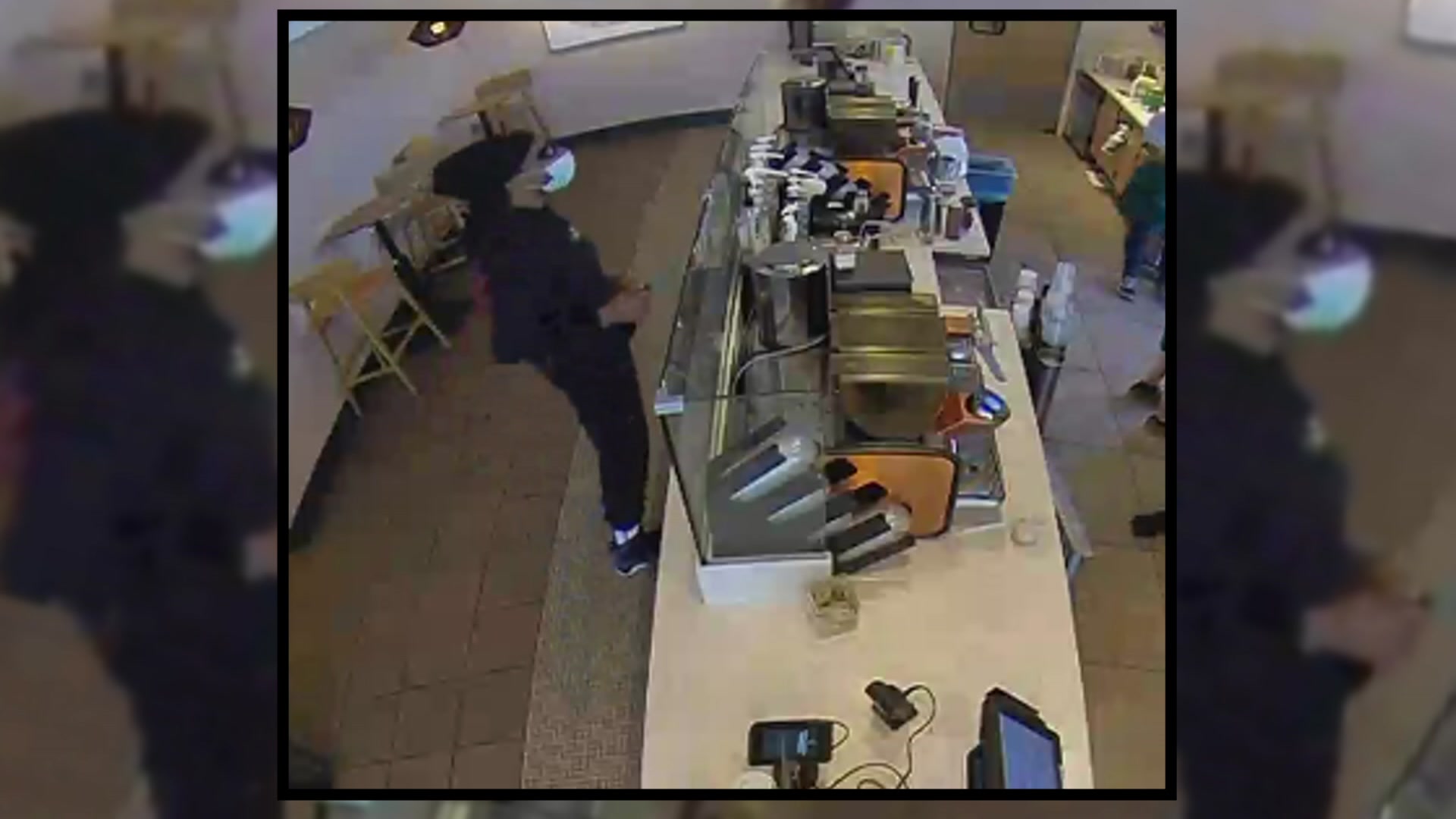 Milwaukee police say the suspect had come in about 20 minutes before, posing as a customer.

He left, came back, pointed a gun at the baristas and demanded money. He banged the gun on the counter until he got $200 and ran off.

A witness saw him change clothes nearby, but after that he was gone. Your anonymous tip could help catch him.

"The real detriment to this case is that at least five or six hardworking citizens were terrified by someone ultimately demanding pocket change from the register and having a gun pointed," said MPD Detective Tony Castro. "I think even weeks ago after the incident, it stays with the victims and witnesses that were present."

If you recognize the suspect or know anything about this armed robbery, or any other crime in Milwaukee, call 414-224-TIPS. Your call is always anonymous, and if your tip leads to an arrest, you get a cash reward.