Snow is still a pertinent topic at this time of the year across southeast Wisconsin. And we had snow in progress for several hours this morning, although nothing that really accumulated. That said, today's date holds the last average one inch snowfall for the season in Milwaukee. Check out these final flake stats: 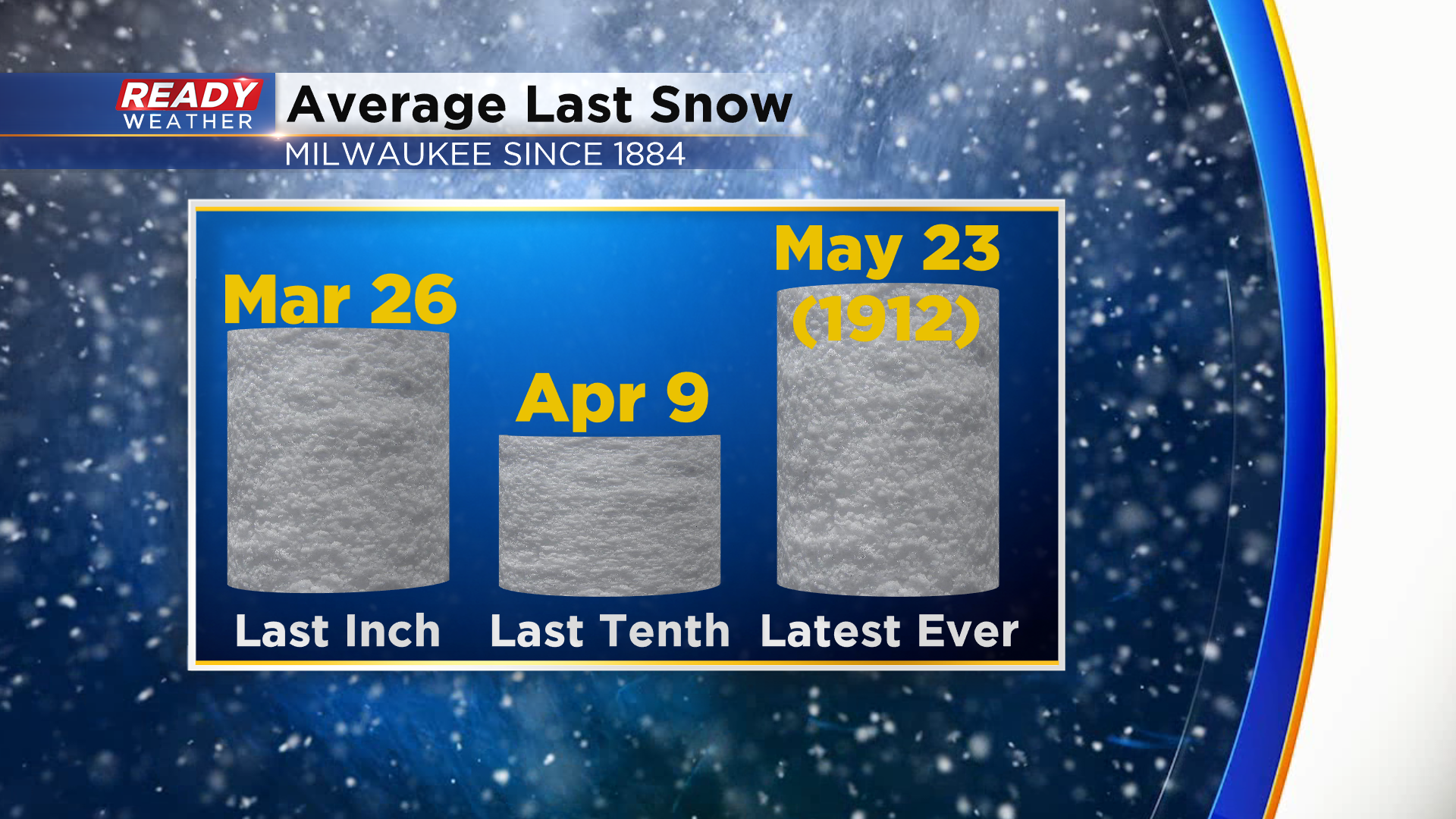 Beyond today it's still normal to have minor snow until April 9th, that's the last average tenth of an inch (what we consider the minimal amount we track in records on any given day). But we've had our last tenth of an inch come as late as May 23rd. That occurred way back in 1912. But what about recent history? Here's the last one inch (plus) snowfall for the city over the last six years. 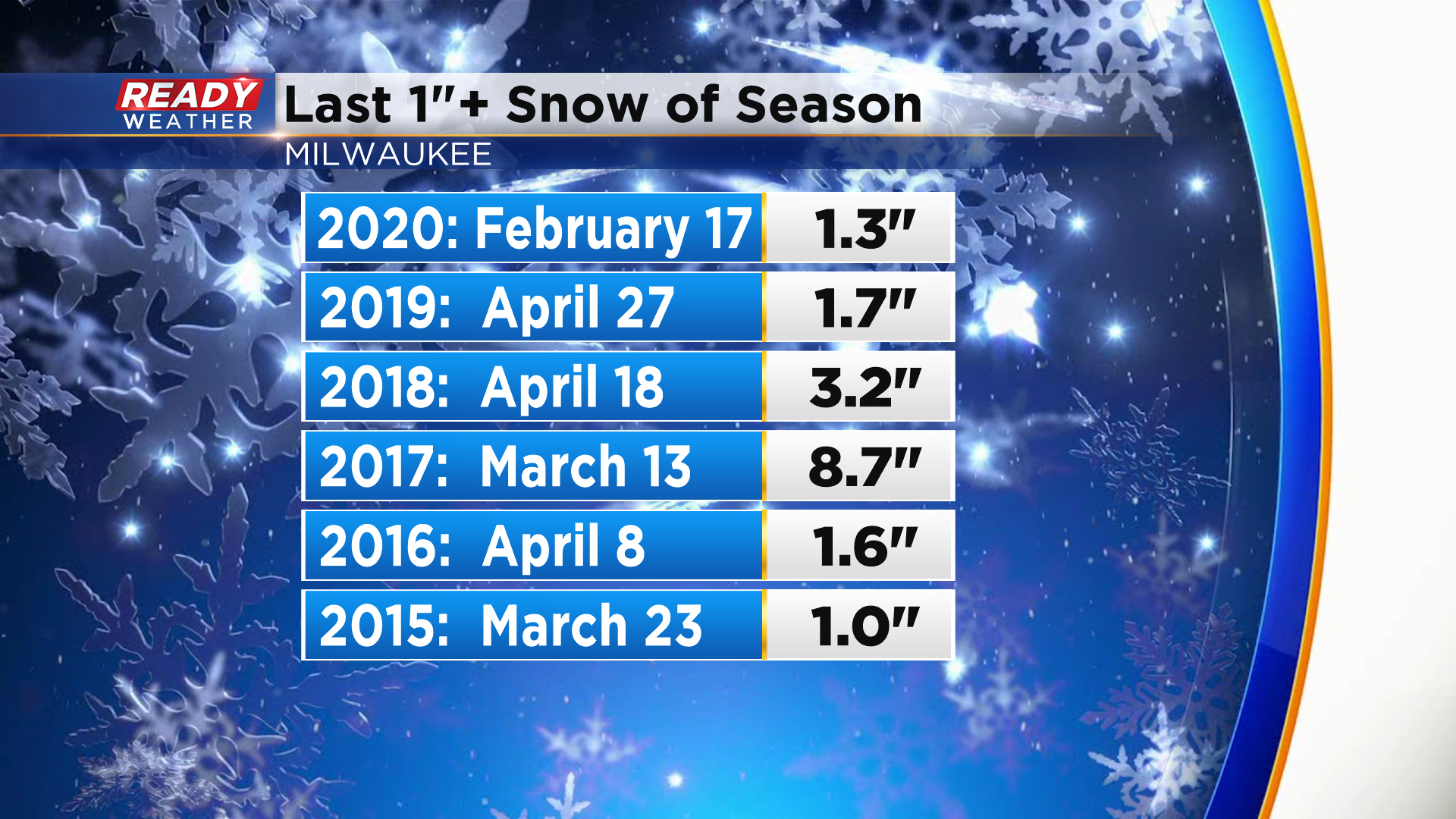 Now it becomes more evident why we talk about averages, because weather can widely vary from year to year. When you look at the last inch or more of snow happening in recent history, it then makes you wonder... well how long of a snow season did we have that year?! Sifting back through the records here's how long each of these winters lasted in terms of the first inch snowfall to the last.

Interesting to see that although snow wrapped up early last season it was a near average season it terms of how long flakes were flying! If you recall the last three days of October in 2019 featured accumulating snow, with the apex of a record falling snow at 5.4" on Halloween!! So needless to say we were off and running with early snow last season. The average length of our snow season from the first to last inch of accumulated snow is 114 days. But we've had seasons as short as 29 days, like the winter of 1884-1885 and as long as 202 days back in 1989-1990.

Moving forward there's no accumulating snow in sight. But that's okay because even if we never saw another snowflake this spring, we have satisfied our average seasonal snow almost to the exact amount! 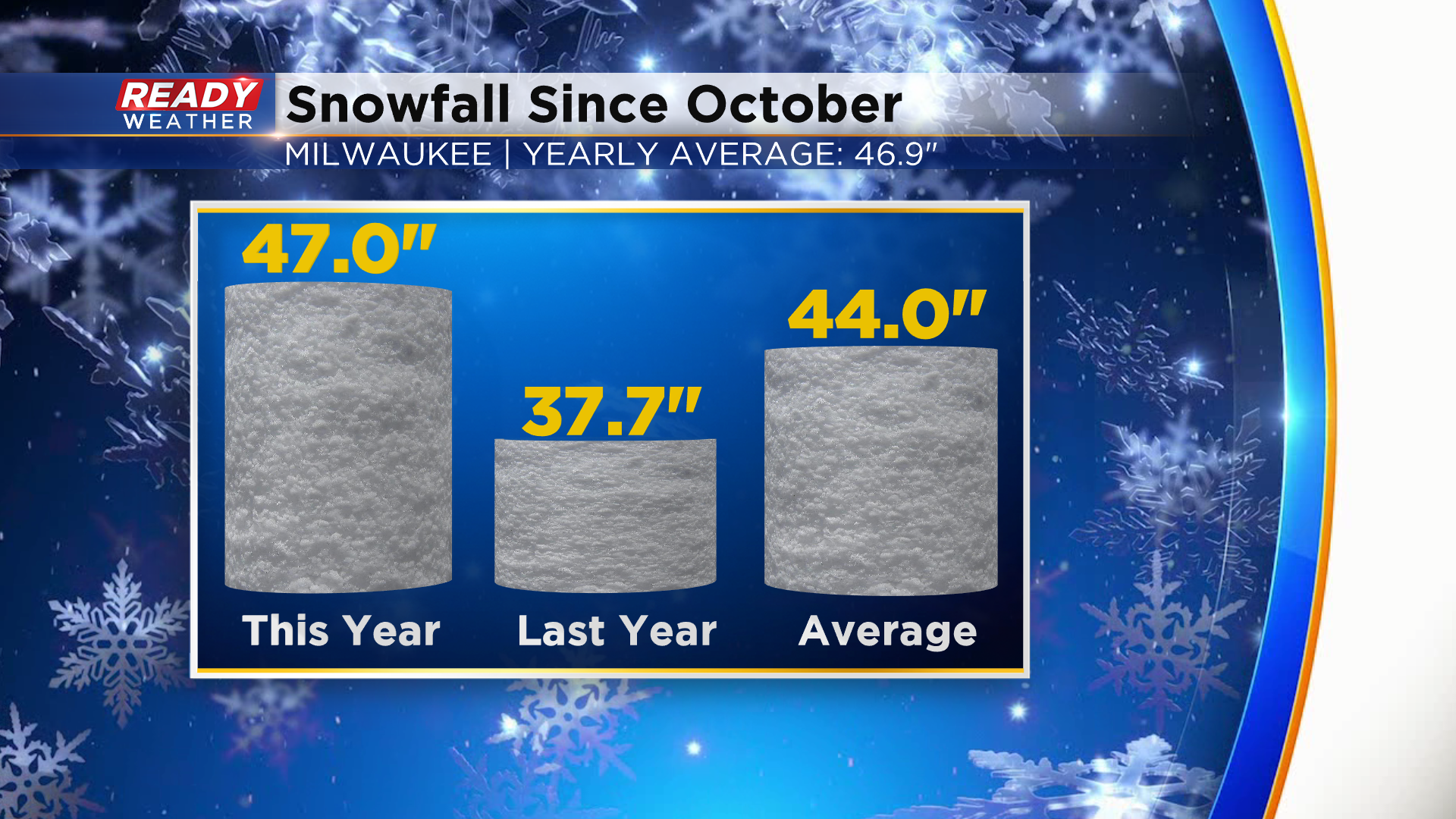 Just a few flakey fun facts for you on this Friday. I'm meteorologist Rebecca Schuld