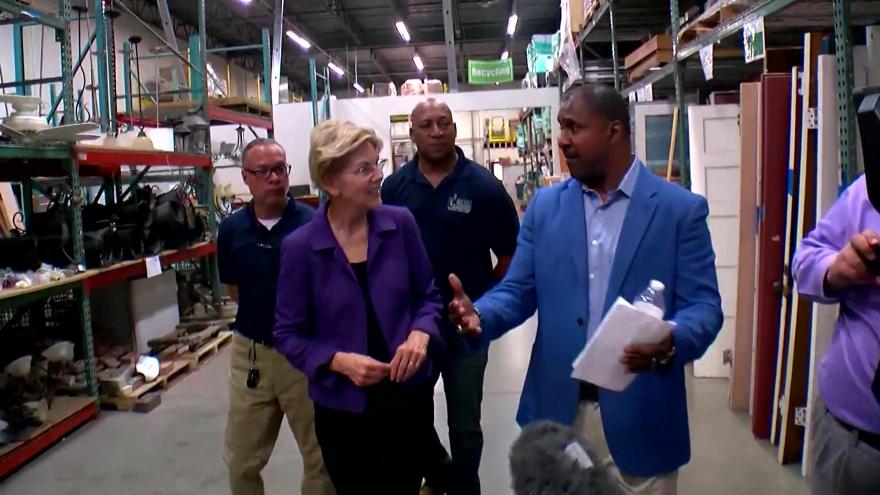 MINNEAPOLIS, Minn. (CBS 58) -- Senator and presidential candidate Elizabeth Warren was in the midwest Tuesday as part of her campaign.

Warren wants to change the focus from locking people up to changing behavior to prevent crime.

"Let's focus less on incarceration," Sen. Warren said. "Incarceration doesn't make us safer, and let's focus on spending that money - let's spend less money to lock people up and more money to lift people up as a way to respond."

Warren went on to say each part of the justice system needs repair, including policing.