The National Weather Service has confirmed late this afternoon that a second tornado touched down in Jefferson County Tuesday night, October 1. 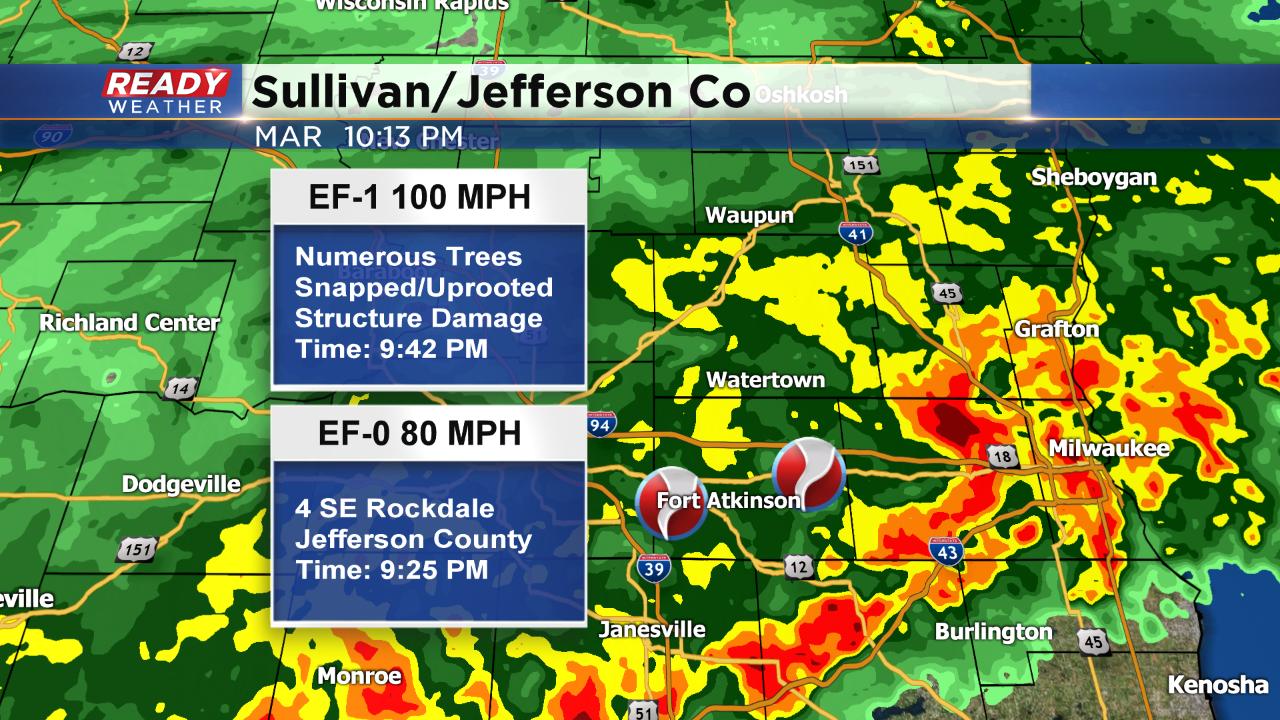 The NWS says an EF-0 tornado touched down just west of Fort Atkinson near Highway A between Advent Road and Klement Road. Peak winds during the tornado were 80 miles per hour. The track was to the southeast, ending in southeastern Fort Atkinson near the intersection of Hackbarth Road and Bramble Bush Lane. 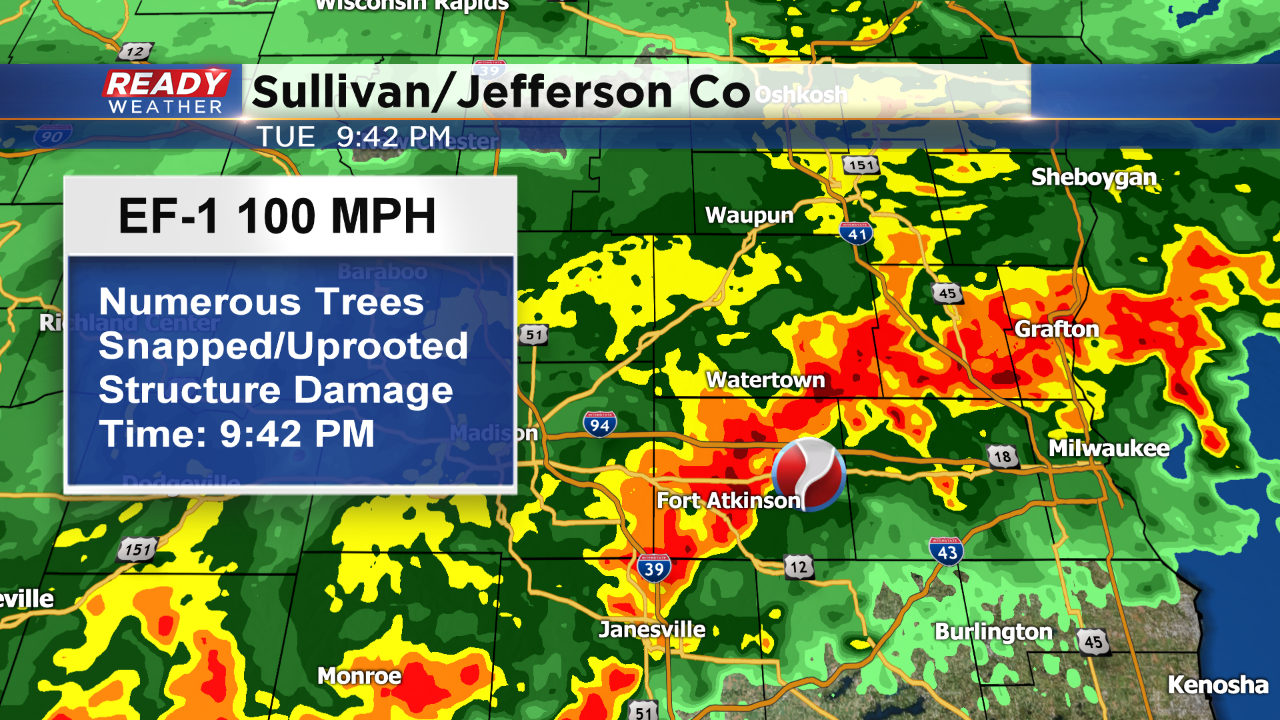 Here's what we know so far. The National Weather Service confirms an EF-1 rated tornado touched down in Jefferson County Tuesday night, October 1.

The NWS says numerous trees snapped or uprooted during the storms, with roof damage to several structures. To date we've had 26 tornadoes across the state. However, this was the first one to touchdown in our viewing area. Additional details will be added once new information arrives.

The starting point of the tornado was near the intersection of Rome and Froelich Roads, with an end point near Highway 83 between Highways E and D.  Winds are estimated at 100 mph.