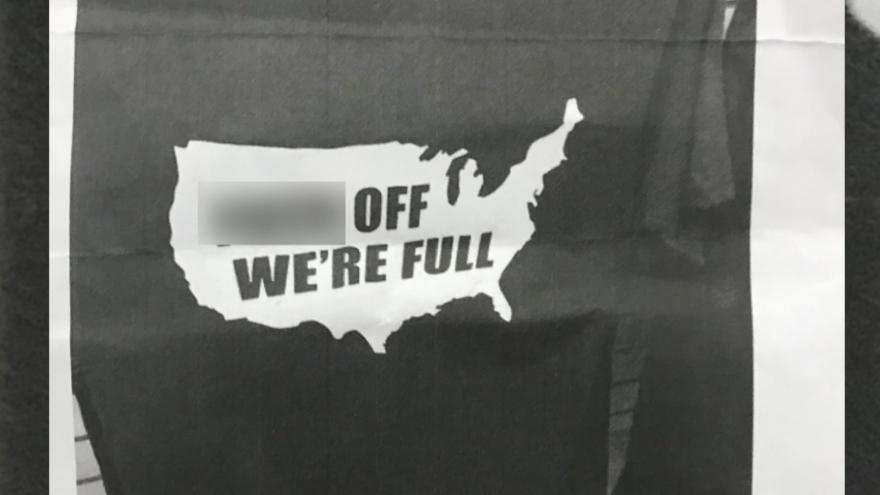 FOX POINT, Wis. (CBS 58) -- Fox Point village leaders say they are looking into whether an officer shared a controversial post on Facebook.

It shows a shirt with a picture of the United States that says, "[expletive] off, we're full."

Someone identifying themselves as a Fox Point resident sent the post to CBS 58 along with a letter saying it was posted by a Fox Point officer.

CBS 58 reached out to the village board president and village manager.

They say they can't comment because it's a personnel matter.

CBS 58 stopped by the officer's home, but no one answered.