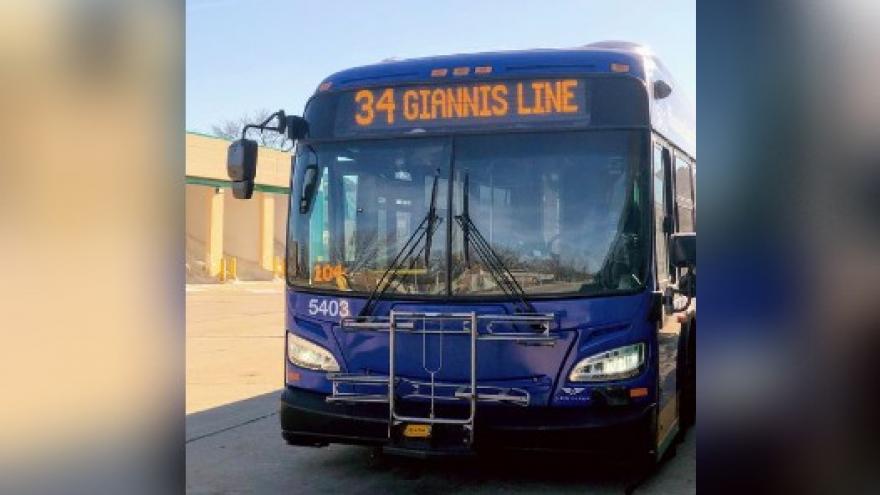 The honorary route name was chosen to thank Giannis for his important role on the team and in the community, according to MCTS.

"Giannis has been an upstanding figure in the Milwaukee community ever since he arrived back in 2013, including his participation in the social justice movement of 2020," MCTS said.

Route 34 (Hopkins-Congress), officially went into service as the Giannis Line on Sunday, Dec. 5, just one day before Giannis' 27th birthday.

"In other words," MCTS said, "This is MCTS's birthday gift to the MVP!"