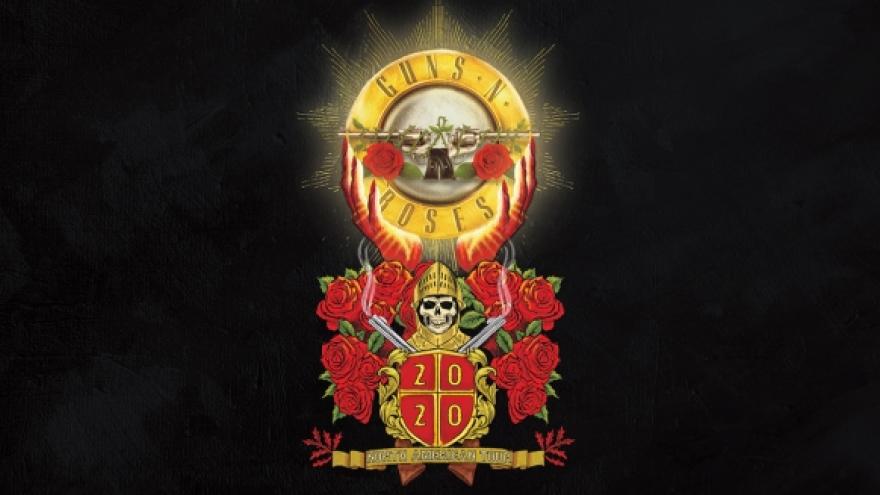 MILWAUKEE (CBS 58) -- Guns N' Roses announced Wednesday that they are rescheduling their Northern American tour, including their show scheduled for Summerfest on July 4.

In a message, they said the tour is being rescheduled out of an abundance of caution, and the updated schedule will be shared as soona s the dates are finalized. All tickets will be honored accordingly.

Ticket holders are asked to hold onto their original ticket. Refunds will be available from the original point of purchase for 30 days from the announcement of the rescheduled date.

Fans who purchased tickets from the Summerfest Box Office will have 30 days to request refunds from the date it reopens.

According to a news release, the colossal Guns N’ Roses 2020 Tour will steamroll through Toronto, Chicago, Atlanta, Los Angeles, Lisbon, London, Prague and so many more, including July 4th at the American Family Insurance Amphitheater during Summerfest. GNR will be the first ever rock band to perform at the long-awaited Los Angeles SoFi Stadium and will hit MetLife Stadium on the opposite coast, home of the New York Giants and New York Jets.

The iconic rock heroes will show off their vast catalogue of hits on the road including “Welcome to the Jungle,” “Paradise City,” “Sweet Child o’ Mine,” and “November Rain.” Today’s announcement comes on the heels of the band’s first show of the decade at Super Bowl Music Fest that invaded Miami this weekend.

In 2016 Axl Rose, Slash, and Duff McKagan shocked and thrilled fans around the world after revealing they were reuniting for their now historic Not In This Lifetime Tour. The band brought endless energy to over 150 shows, playing for more than 5.5 million fans worldwide. Produced and promoted by Live Nation, the Not In This Lifetime Tour was crowned the third highest grossing outing of all time.