'I really do feel that it is one nation, one team': US Soccer agrees to equal pay for men, women players 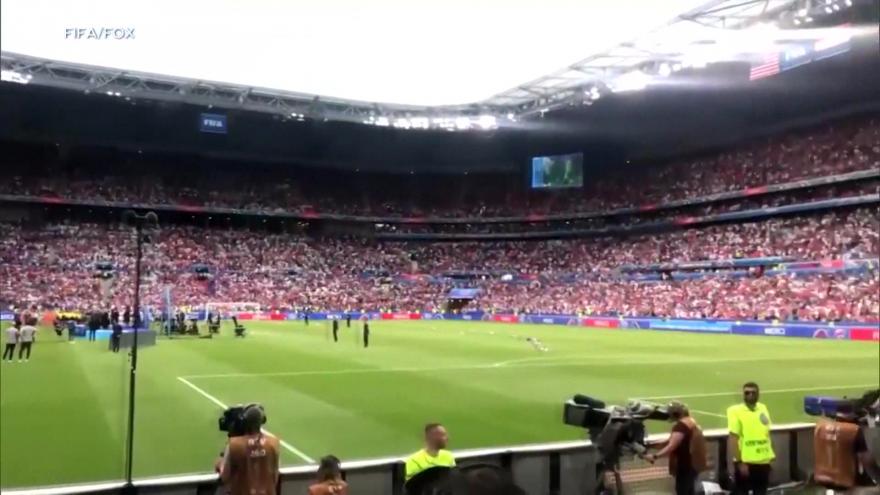 "I am just so incredibly proud of what we've achieved," said Cindy Parlow Cone, president of the U.S. Soccer Federation and a World Cup champion. "I've been in this equal pay fight for over 20 years; first as a player and now at U.S. Soccer."

"Real collaboration among all the parties will help US soccer become even more competitive on the world stage," Cone said. "I think this will not only impact soccer, but it will impact the sport in general, as well as societies."

Andrea Schneider is a law professor at Marquette University and is Director of the Institute for Women's Leadership. She says that while it is frustrating an equal pay deal has taken so long to achieve, she's hopeful it will serve as a good example for society moving forward.

"This agreement hopefully inspires others to insist on equal opportunity, equal facilities, equal coaching and equal talented coaching at all levels. That itself promotes equality," Schneider said. "I hope it gives everybody hope and inspiration to push forward."

Earlier this year, the USWNTPA and USSF announced an agreement resolving outstanding equal pay claims that were in litigation. The settlement included $22 million to the USWNT players named in the case. A players fund was also established by USSF with $2 million benefitting players during their post-soccer careers. Some of that money is also used to help grow the sport for women.

Members from both the men's and women's national teams expressed their excitement for the new deal in a conference call Wednesday afternoon, on May 18.

"We're all very excited. Very proud," explained Walker Zimmerman, a defender for the men's national team and part of the USNSTPA leadership. "Sure, there was a potential chance of making less money, no doubt about it, but we also believe so much in the women's team. We believe in the whole premise of equal pay and ultimately that was a big driving point for us. We'll be each other's biggest cheerleaders for sure."

"This isn't a one hit wonder. Women are in leadership. Over time, we have progressed, globally, our positions in the world that have made this a lot easier to come by," said Margaret Purce, a forward for the women's national team. "I really do feel that it is one nation, one team."