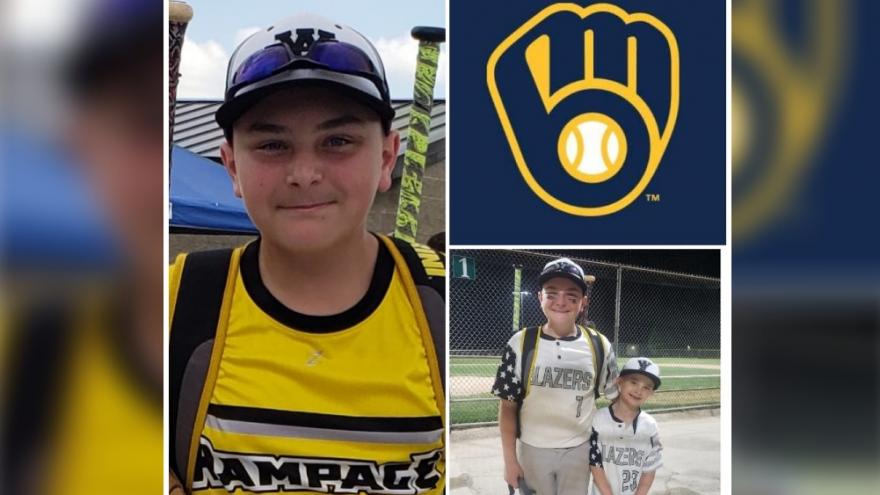 WAUKESHA, Wis. (CBS 58) -- The Brewers home opener is on April 14, and today we learned that the team has invited Tucker Sparks, a survivor of the Waukesha Christmas parade tragedy, to throw out the first pitch on Opening Day.

Tucker was hurt and his younger brother, Jackson Sparks, was killed when a car drove through last November's parade.

They both were walking with their youth baseball team at the time.

Jackson loved the game of baseball and many Brewers players took part in "Jerseys for Jackson" to pay tribute.