The moderate band of snow intensified as it pushed into the Milwaukee metro, quickly dropping 1.4" of snow in the city and creating snow covered roads. 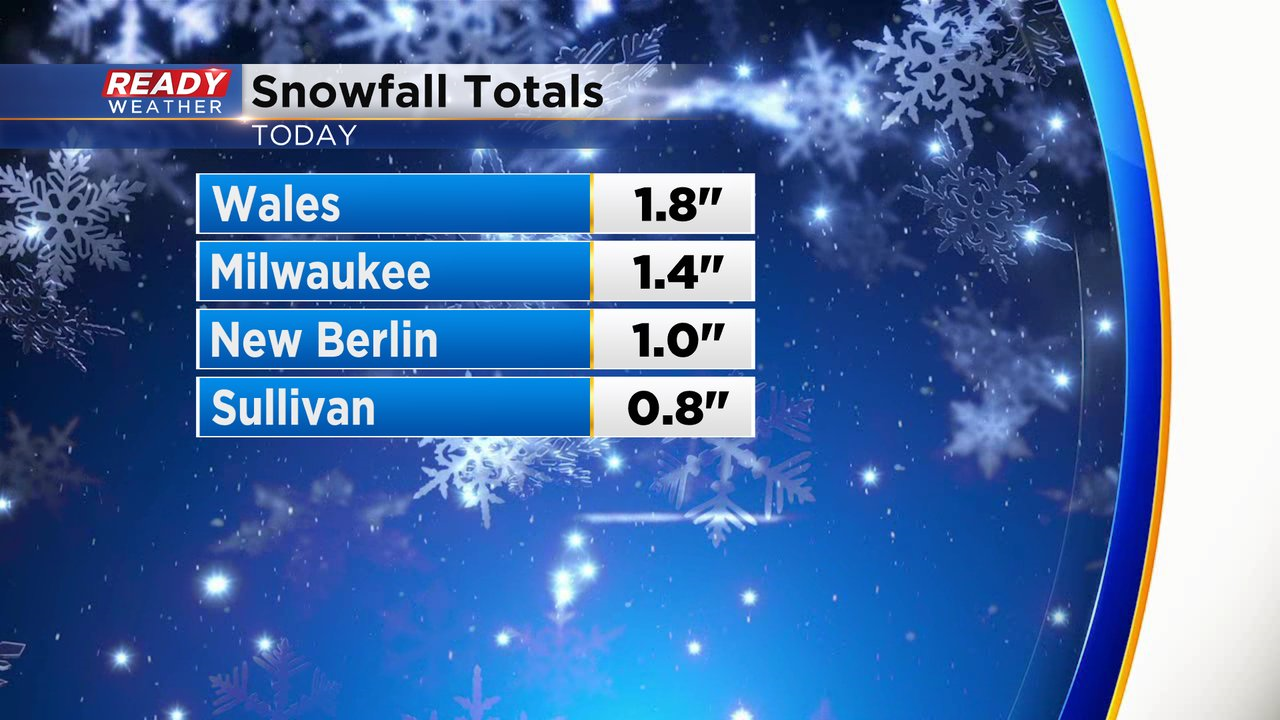 There are a few lingering snow showers out there this evening, but they should wind down by 9 pm with the passage of the cold front. 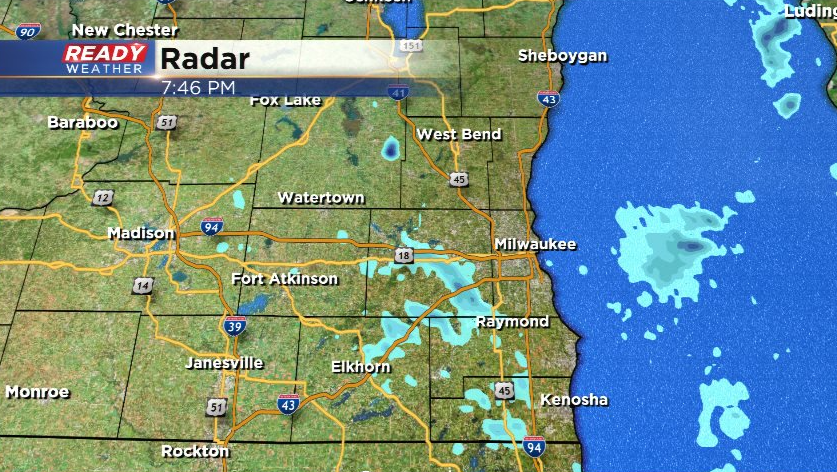 Once the snow ends, skies will clear out overnight with temps dropping into the single digits by Saturday morning

Light to moderate snow is tracking across southeast Wisconsin and will do so through about 7-8 pm. 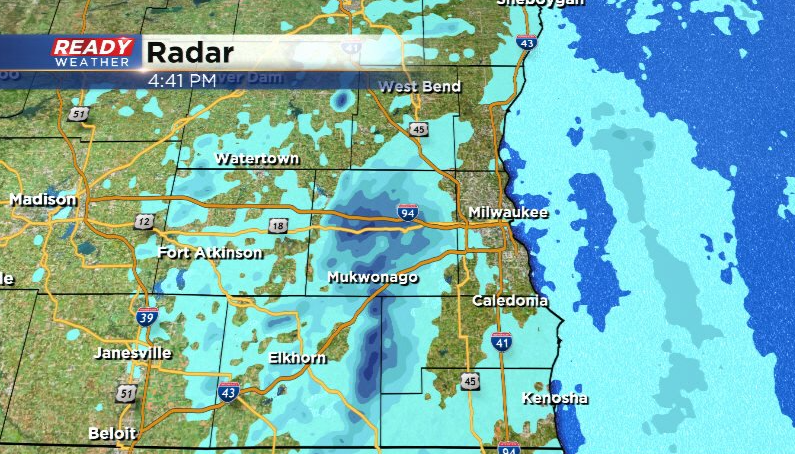 Snow is reducing visibility under 2 miles as times, but may drop under a mile in the more moderate band of snow closing in on the Milwaukee metro. 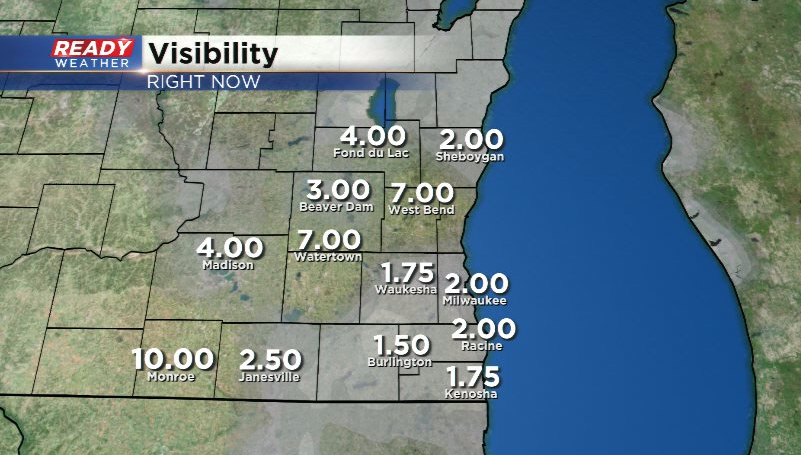 No changes in the expected snowfall totals of a dusting to half inch of powder. Wind will become gusty behind the cold front this evening with decreasing clouds overnight. Drive with caution for the next couple of hours!

Some steady lake effect impacts eastern Racine and Kenosha Counties from mid-morning Thursday through the first half of the night and dropped some decent snow totals. Communities there close to Lake Michigan picked up anywhere from 1-4". Milwaukee reported some light snow for a number of hours on Thursday but didn't see any measurable snow fall. 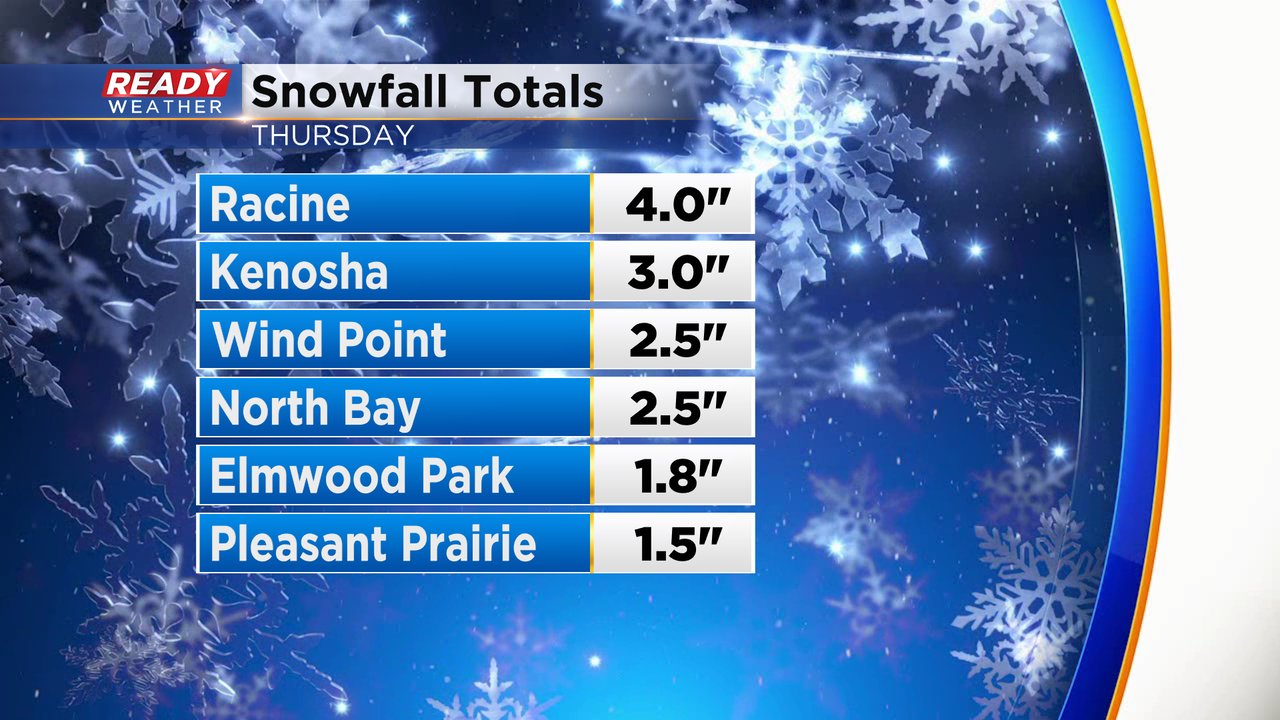 The lake effect snow band that brought that snow finally started to move over Lake Michigan around 4 AM Friday morning and shouldn't be any more of an issue. But a weak clipper will move across northern Wisconsin Friday afternoon and evening giving us another chance for snow. This time it looks like mostly flurries and light snow showers but a few bursts of snow are possible. This could also impact the evening commute with some snow covered roads and slick spots.

Any snow we see during the second half of Friday won't be much but some communities could get a dusting to a half inch of snow. A few flurries may be possible over the weekend as clippers stay to our north. 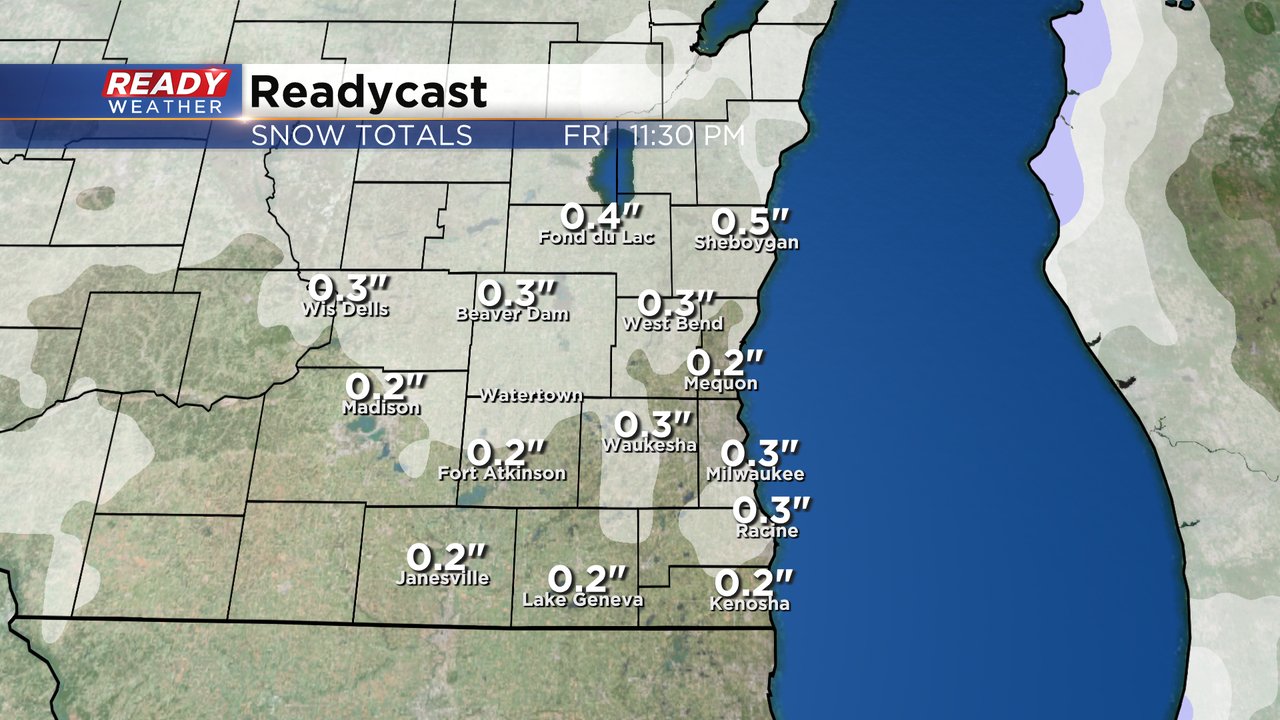 Download the CBS 58 Ready Weather app to track the snow.