NOW: Local father whose son beat cancer is helping others do the same

WAUKESHA, Wis. (CBS 58) -- New medical technology is coming to your local hospital, some of it pioneered right here in Wisconsin. A scan that has been around for 50 years, is about to become more accurate. And for one engineer the innovations are personal.

Inside GE Healthcare's manufacturing center in Waukesha, our cameras got a snapshot of the future. By now, most of you have heard of -- or had -- a CT scan. It's often the first thing doctors order when they want answers.

"It takes many different pictures as it spins around you. And with a bunch of whizbang math on the back end, you can recreate the volume of what you are looking at," said Mark Frontera, GE Engineer.

What has to happen to take the pictures is amazing. The CT scan is about to take a leap forward.

"We think we've got something cooking in that avenue that's going to be really great," said Frontera.

Mark Frontera is an engineering program manager at GE Healthcare.

"The technology is moving toward something called photon counting," said Frontera.

It is his responsibility to guide his new technology to pa product that can go on the market.

"An x-ray comes in and you actually count the x-ray and tell how strong an energy was. With that information we can potentially see things of finer detail," said Frontera.

Frontera knows the importance of seeing finer details more than others.

"This is really personal for me," said Frontera.

"When he was four, he was having a lot of stomach issues, a lot of bone pain, which we attributed to being kind of a natural 4-year-old growing pain having a growing pain or a food sensitivity," Frontera said.

Frontera referenced a photo from a family outing that should have been joyous for a kid but the frown on Adam's face made it clear to the parents that something serious was wrong with him.

"We worked with his pediatrician; we got him into some imaging centers. It was a really bad day, he was diagnosed with stage four, high risk, neuroblastoma," said Frontera.

A CT scan detected a nasty and aggressive childhood cancer with a large tumor attached to Adam's adrenal gland.

"In general, a lot of the reason I can speak about this, we bury a lot of these feelings. Being a parent of a child who is going through oncology therapy is very horrific," Frontera said.

With the help of a team of doctors, Adam fought back.

"He received many, many rounds of chemotherapy, surgery, monoclonal antibody therapy, stem cell transplant, radiation therapy... just a plethora of everything medical science had available at the time to treat him," Frontera said.

Today, Adam is a freshman in high school quoting Shakespeare with dreams of appearing on Broadway. 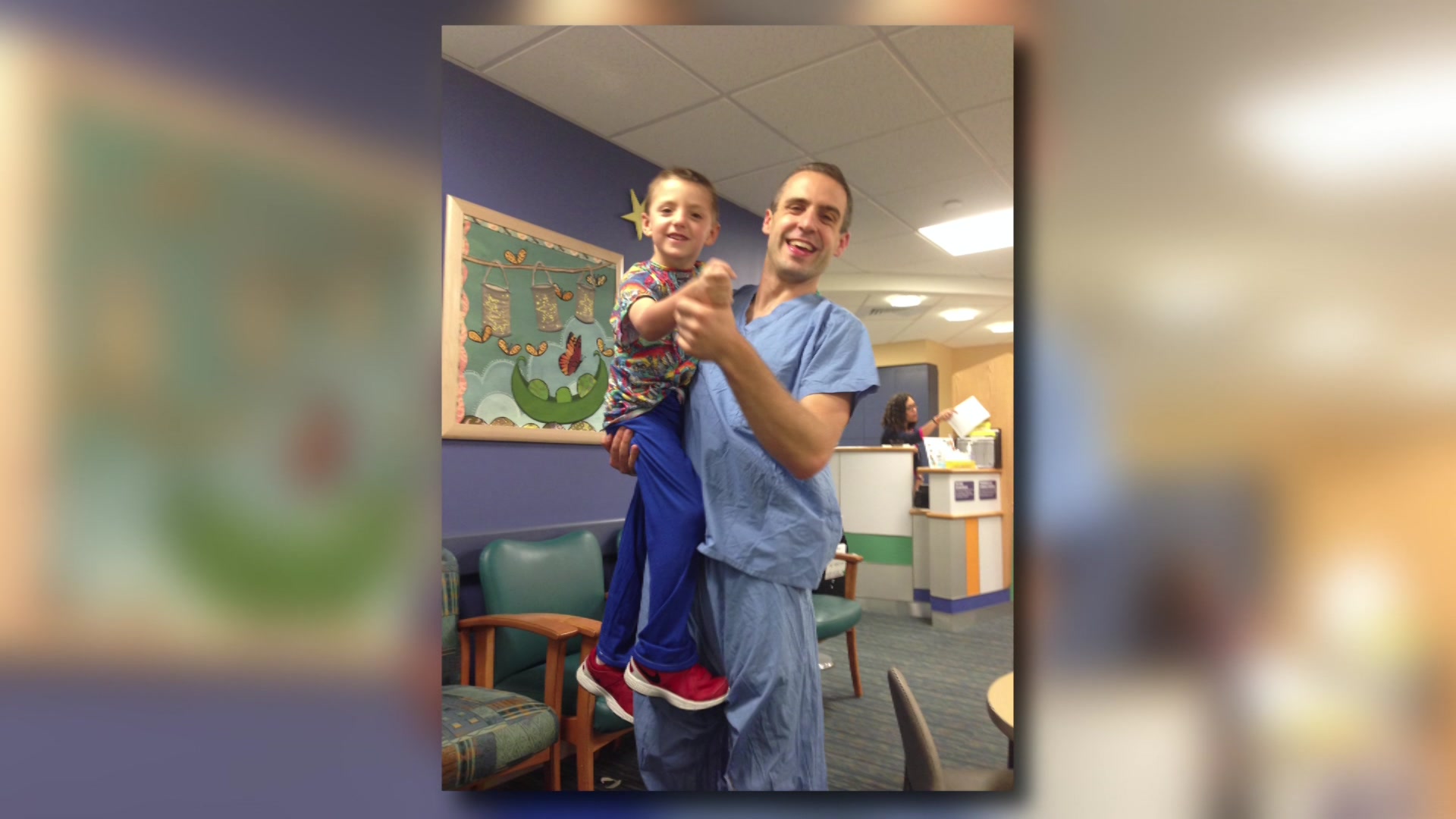 Frontera and his son just got back from a trip to New York, a celebration of 10 years since a diagnosis that some would consider a death sentence.

"I think I had a positive attitude through it all even though it was relatively, you know, painful or whatever," Adam said.

"It was just a great time to take a step back and say, 'this was a while ago in your life, but it is very important for us to remember just how beautiful life is," said Frontera.

In 2016, Mark and his family moved to Waukesha to work with GE Healthcare.

"The next run of kids should have a better scenario than Adam did," Frontera said.

Frontera is working to advance the same technology that diagnosed his son. The new CT scans will have more clarity while using a lower radiation dose, giving doctors and patients a better chance of beating cancer.

"Those odds are getting better every day because someone is caring, someone is putting research and money back into these fields, someone is working really hard at their job to get it done," said Frontera. "That's the momentum every day that I try to bring in to work."

The fourth generation of CT scans are getting their first clinical evaluation at UW-Madison this month. It will take a while for the improved images to get to us -- possibly years -- but they are on their way thanks to a large part to the research being performed right here in southeast Wisconsin.