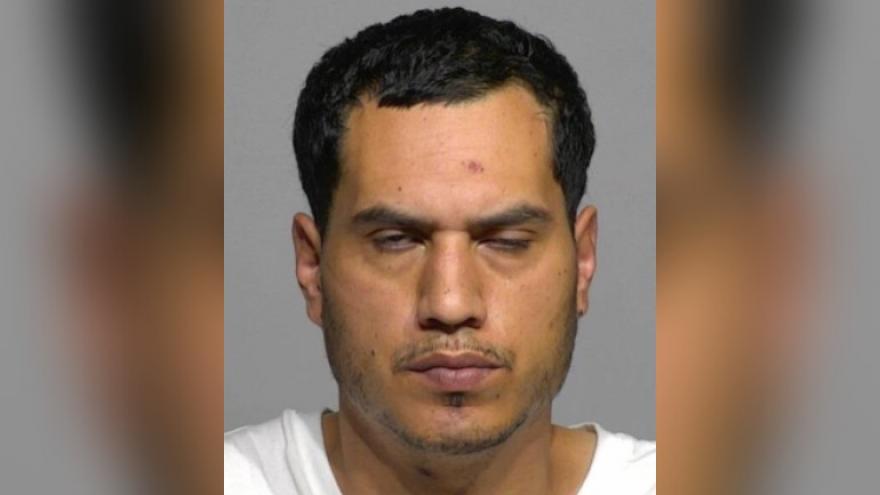 MILWAUKEE (CBS 58) -- A 40-year-old Milwaukee man has been charged for his involvement in a crash that killed an unborn child near 27th and Highland on Monday, June 1.

According to the criminal complaint, officers attempted to stop a vehicle for driving recklessly around 5:54 p.m. Monday, but the driver -- later identified as Salinas -- fled southbound on N. 27th Street at speeds of 70-80 miles per hour in a 30 mph zone, while disregarding about five red traffic signals.

While attempting to make a turn onto W. Highland Boulevard, the complaint says Salinas lost control, crossed over the median and collided with a vehicle traveling eastbound with four people inside. The driver of the vehicle was approximately 32 weeks pregnant and had to be extricated from the vehicle.

The baby boy she was carrying died as a result of the crash. The woman was taken to Froedtert Hospital with a broken pelvis that required surgery. Investigators say the other three passengers sustained minor injuries.

Salinas immediately ran from the scene following the crash. After a short pursuit, he was taken into custody.

Prosecutors say during the foot chase, Salinas was seen discarding a semi-automatic pistol, which he was prohibited from having as he's been convicted of three felonies.

Investigators say marijuana was found packaged in bundles in the vehicle's glove box, "consistent with being intended for further street level sales."

When interviewed by authorities, Salinas confessed to deliberately driving recklessly, nearly hitting pedestrians twice and disregarding traffic lights in an effort to avoid arrest. He also admitted to hitting a vehicle and leaving the scene, running with a firearm in his hand, and intending to sell the THC found in his vehicle.