November ends near average on snow and above-average on temps

NOW: November ends near average on snow and above-average on temps

November is over and December is here. November had almost the perfect amount of snow. We had a few light snow events that dropped a few tenths of an inch but they all added up and Milwaukee, the official climate station for southeast Wisconsin, picked up 2.1" of snow during the month which is just a few tenths below the November monthly average of 2.5". 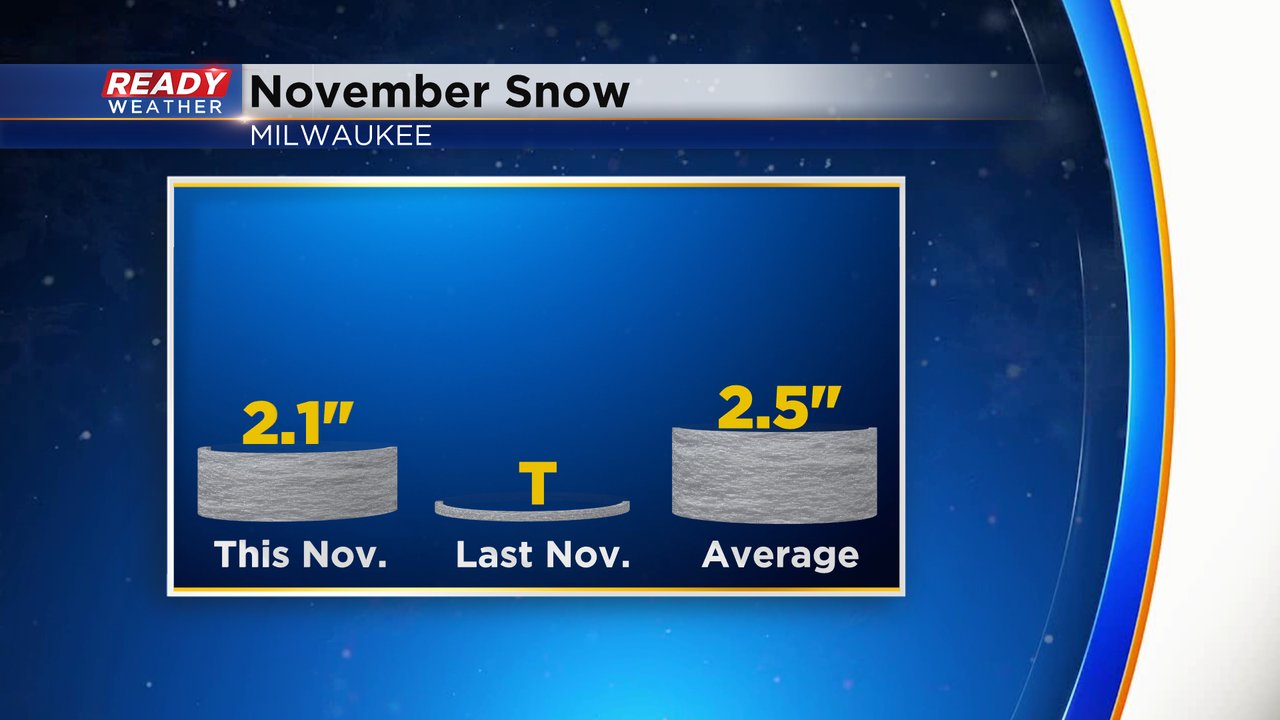 When it came to temps November saw a lot of extremes. The warmest day of the year came on November 10 at 77* that tied the record for warmest November day and the coldest low came on November 20 just a few degrees away from a record cold temp at 13*. 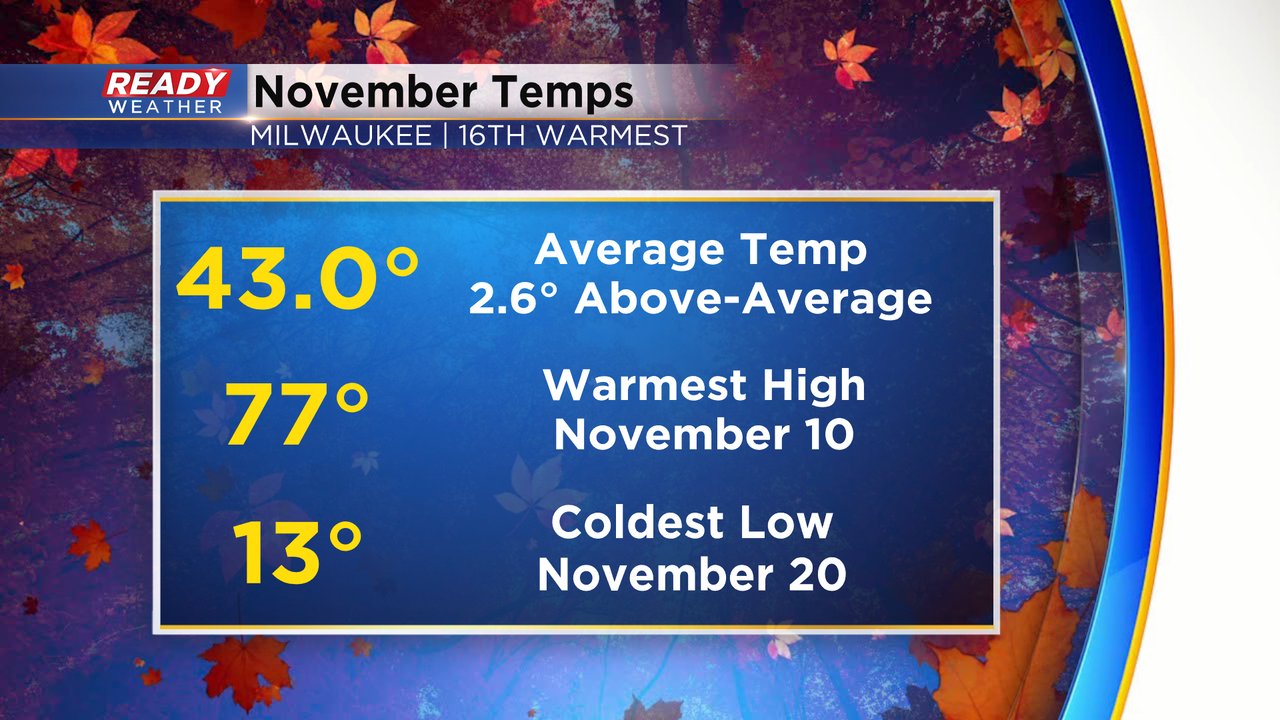 Overall, we saw more warm days than cold days and the monthly average temperature of 43.0* was 2.6* above-average. It goes down as the 16th warmest November on record. 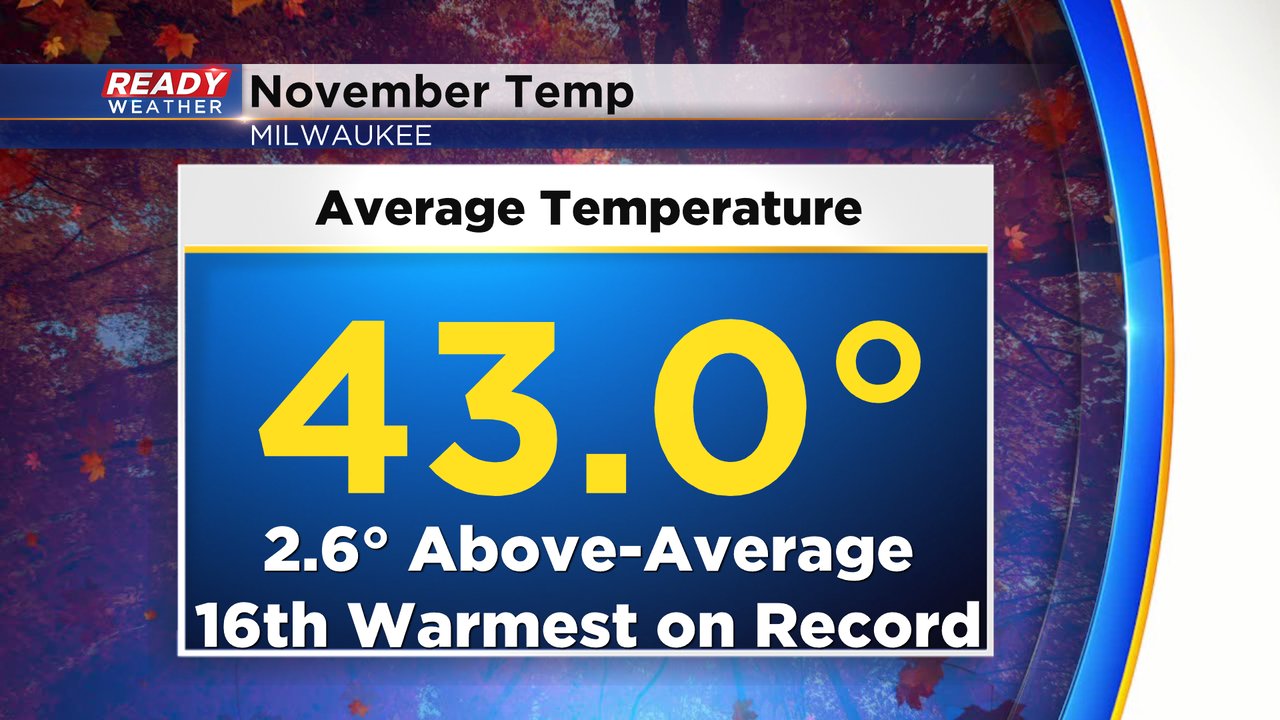 Now we welcome in December! The month sees the average high go from 41 to 33 and the average low from 27 to 19 by the end of the month. December does feature a good amount of snow with an average 10.4" making it the third snowiest month after January and February. 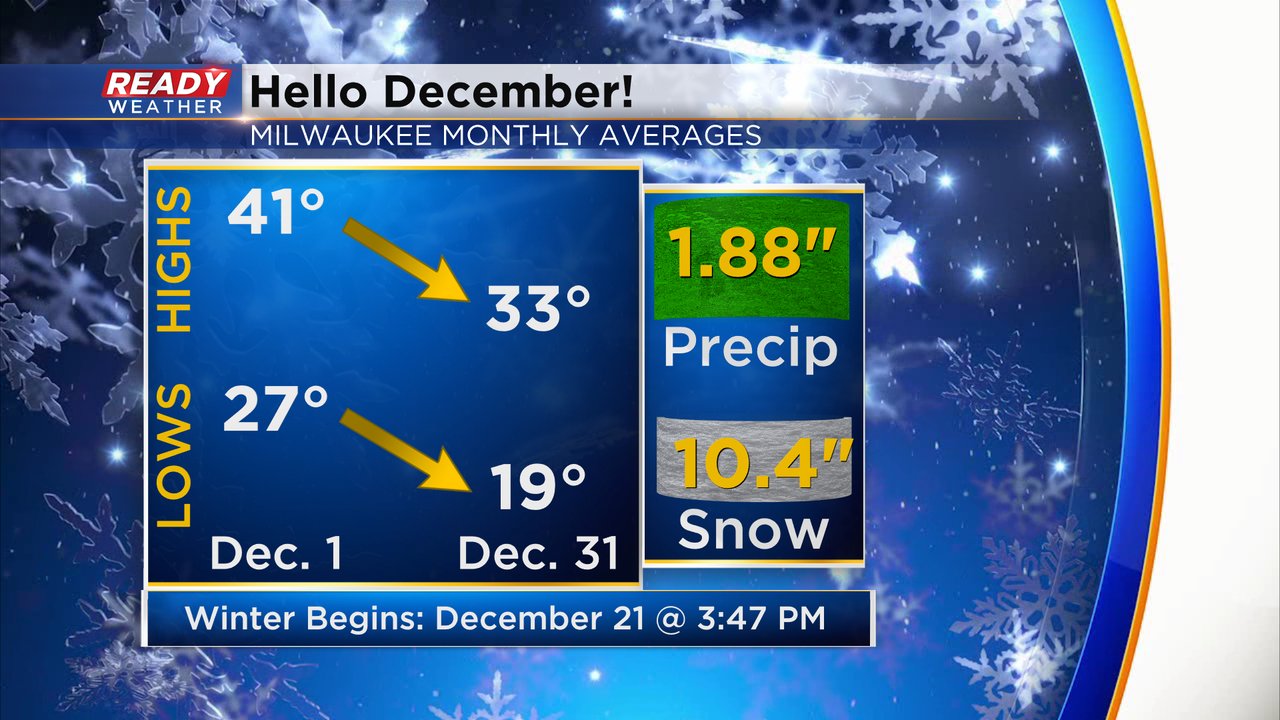 Download the CBS 58 Ready Weather app to track the weather for the start of December.