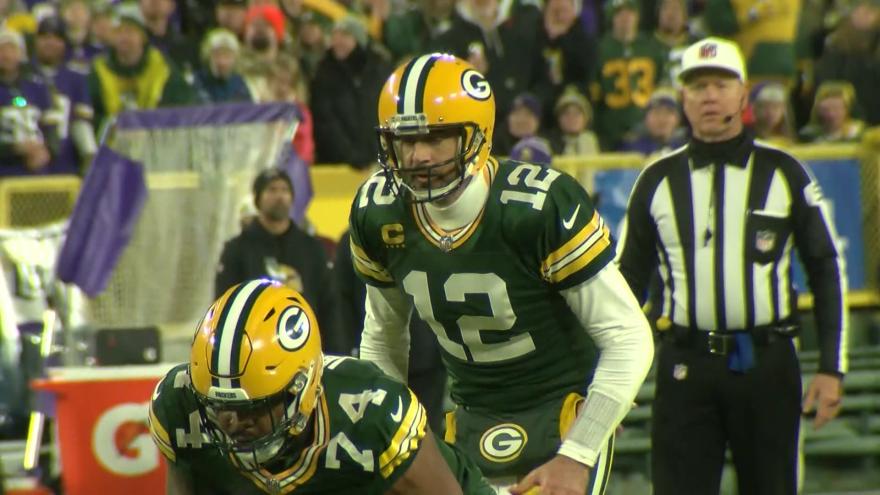 GREEN BAY, Wis. (CBS 58) -- How does a professional athlete balance the intense drive of gearing up for a big game with the emotions of seeing a fellow athlete nearly lose his life on the football field? That's the question facing the Green Bay Packers this week.

The Packers face the Detroit Lions Sunday night at Lambeau Field, with a playoff spot on the line for Green Bay. It's the biggest game of the Packers' season and an incredible storyline for a team that was once 4-8. But this game, and all the other NFL games this week, have taken a backseat to the emotions and fears of dealing with Damar Hamlin's collapse on the field Monday night in Cincinnati.

The league has told its teams that this week's games will go on as scheduled. The Monday night game between Hamlin's Bills and the Cincinnati Bengals has been postponed and will not be played this week.

Packers Head Coach Matt LaFleur says it was the right call not to play football Monday after Hamlin was given CPR and taken to a Cincinnati area hospital by ambulance. The Packers opened their doors to media Wednesday for the first time since Hamlin's horrific collapse.

"It was a sad deal. It was very traumatic. It puts what we do in perspective and supersedes anything in life... that was tough to watch. Our thoughts and prayers are with him and his family and the Buffalo Bills," said LaFleur, who says he addressed Hamlin's situation with the team Wednesday morning. LaFleur described the atmosphere in that meeting as "quiet."

"It's tough for these guys to compartmentalize and understand that, while you're thinking about that, you're trying to get ready for a game. It sounds like the news is more encouraging [for Hamlin], so we're all hopeful that it continues to trend that way."

LaFleur's Packers have won four straight games, and they can secure the final playoff spot in the NFC with a win over Detroit Sunday night.