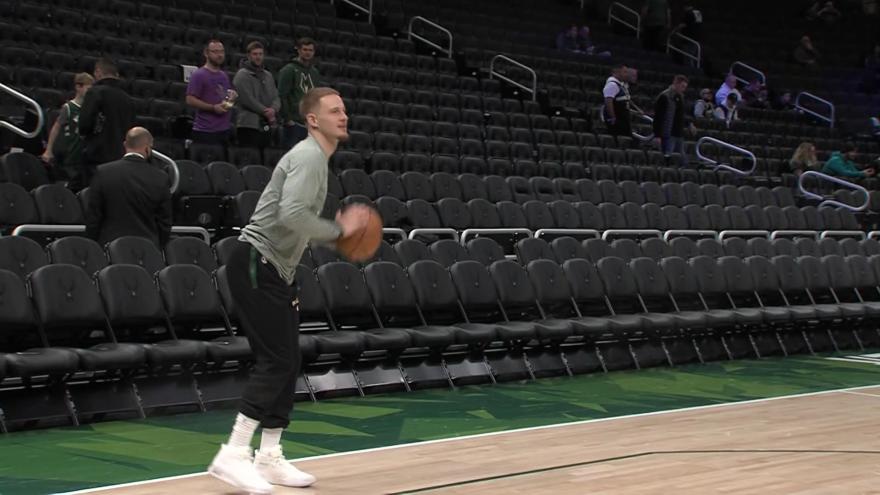 MILWAUKEE (CBS 58) -- The Milwaukee Bucks have made a trade ahead of the 2022 NBA trade deadline.

According to ESPN's Adrian Wojnarowski the Bucks are sending guard Donte DiVincenzo to the Sacramento Kings as well as forwards Rodney Hood and Semi Ojeleye to the Los Angeles Clippers in exchange for Clippers center Serge Ibaka and two future second round picks in a four-team deal.

The picks are reported to be from the Detroit Pistons who are sending forwards Josh Jackson and Trey Lyles to Sacramento in exchange for forward Marvin Bagley Jr.

DiVincenzo, who turned 25 in January, played all four of his NBA seasons in Milwaukee. He played only 17 games this season after recovering from an ankle injury he suffered in the first round series against the Miami Heat in the 2021 NBA Playoffs.

Ibaka, 32, is in his 13th season in the NBA, playing his last two with the Clippers. He is averaging 6.6 points per game and 4.3 rebounds in 35 games mostly playing off the bench.

His main impact in the NBA has been on the defensive end and he could provide some depth for the Bucks as they continue to play without center Brook Lopez.

Hood only played 39 games with the Bucks averaging 3.3 points per game in about 15 minutes a game. Ojeleye played in 20 games averaging 2.9 ppg in 15 minutes per contest.