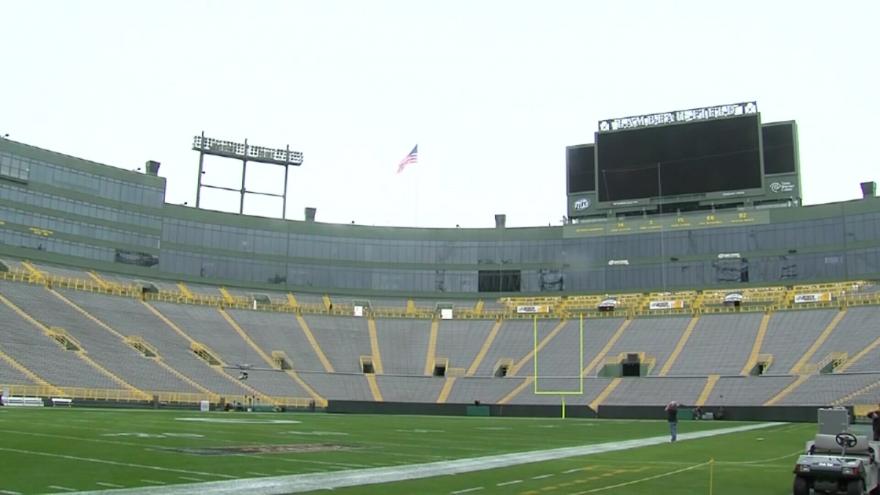 MILWAUKEE (CBS 58) -- Bayern Munich of Germany's Bundesliga and Manchester City of the English Premier League are set to play each other in an exhibition match at Lambeau Field this summer, according to reports.

The Green Bay Packers organization has not yet announced the match, but sent CBS 58 a statement saying the following:

"While we don’t have any information to announce now, the Packers are finalizing details on a major event to be held at Lambeau Field this summer. The organization anticipates an announcement with further information in the near future."

Reports online indicate the soccer match is the 'major event' stated by the Packers.

The sport has gained significant popularity over the last decade, with fans visiting bars to watch matches in the morning due to the time difference.

Younger athletes, like Dominic Taldone of Bavarian United Soccer Club, became fans of European squads even though they live thousands of miles away from where those teams are from. Taldone's favorite team is Manchester City.

"Mares is my favorite player, Kevin De Bruyne is another one of my favorites, same with Raheem sterling," Taldone told CBS 58.

The soccer player said he's excited about the possibility of his favorite team coming to Wisconsin.

"I've never seen any professional player above like I've seen the indoor league, the Milwaukee Wave," Taldone said. "But it would be really cool to see a European team play."

While Taldone is loyal to Manchester City, the team he plays for -- Bavarian United -- has a deep connection to Bayern Munich.

Bob Gasler is a Wisconsin soccer historian who played for Bavarian and whose father coached the U.S. men's national team in the 1990 World Cup.

"The club was founded by 14 men that had come originally from Bavaria," Gasler said of Bavarian.

He shared how, in 1966, Bayern Munich played Bavarian in Milwaukee. The European team won the exhibition 9-0, but the match left a strong legacy of enthusiasm for the sport, one Gasler hopes can happen again when Manchester City and Bayern Visit Lambeau Field.

"(It) gives people who are already invested in the sport enjoyment," Gasler explained. "But it allows people who aren't as knowledgeable about the game that, seeing it play at that level it gives them a greater appreciation of how great this game is."