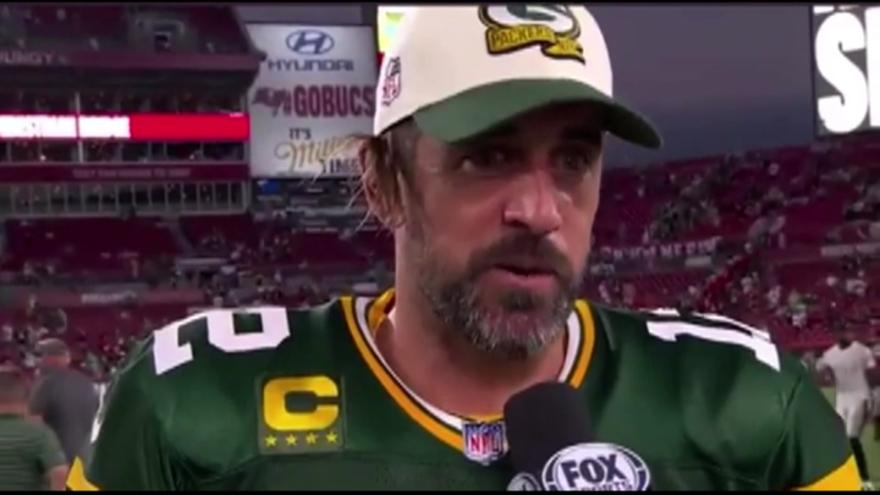 GREEN BAY, Wis. (CBS 58) -- What did Packers quarterback Aaron Rodgers see on the Raymond James Stadium jumbotron that may have helped the Packers win in Tampa Bay on Sunday? While Rodgers had some answers on his weekly appearance on the Pat McAfee show on Tuesday, he is keeping some of that information to himself.

"I'm not going to get into exactly what I saw," Rodgers said.

The internet has been buzzing since Sunday night, when Rodgers gave a post-game interview claiming the Raymond James Stadium jumbotron operator gave something away that they shouldn't.

While internet detectives speculated that the jumbotron gave away what the Buccaneers were running for the game-deciding two-point conversion, the Packers quarterback says his big-screen epiphany came during Tampa Bay's final scoring drive.

"It was well before the two-point conversion. I did see something on the Jumbotron, that I went down and relayed to Matt (Head Coach Matt Lafleur)," he said.

While Rodgers told McAfee that he wasn't sure his tip changed the Packers' defensive calls, whatever he saw sent shockwaves through Sunday's opponent.

In a Monday news conference, Tampa Bay Head Coach Todd Bowles admitted that he was meeting with team operations about what goes on the jumbotron.

No word Tuesday on what came out of that meeting.