Section of Kinnickinnic River to be redesigned 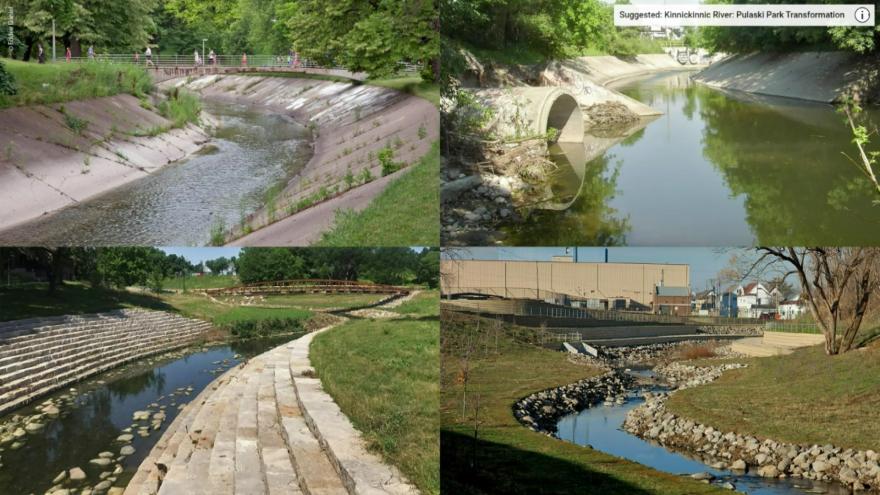 MILWAUKEE (CBS 58) -- City officials say the Kinnickinnic river system is a danger to the community and must be fixed.

This comes two weeks after two men and a child drowned in a storm drain on Milwaukee's south side.

Seven miles of concrete-lined streams were built in the 1960's to prevent flooding in residential neighborhoods.

But, the pull of the water is so fast after a storm, it's deadly.

The Milwaukee Metropolitan Sewerage District has been removing the concrete sections since 2010 and they just put out a survey looking for public input on the project.

The next part to be completed is between 6th and 16th Streets -- not 27th and Loomis -- where the drowning tragedy happened.

"Unfortunately it's not just that area that's very dangerous, there have been numerous deaths on the piece that we're gonna work on next between 6th to 16th on the Kinnickinnic. So that is a dangerous location, but it's all very dangerous along these concrete lined channels," said Patrick Elliott, MMSD senior project manager.

MMSD has spent the last week in conversations with city leaders, including the fire department, to come up with a more immediate fix for the area of 27th and Loomis, since the concrete removal there may not happen for several years.