10:00 pm update: Strong storms weaken as they move southward out of Wisconsin

10: 00 pm update: Strong storms weaken as they move southward out of Wisconsin

Severe weather is diminishing. And we are finally starting to dry out. The Flood Advisory for Milwaukee and Waukesha county is now over. Here's some rain totals into the office tonight: 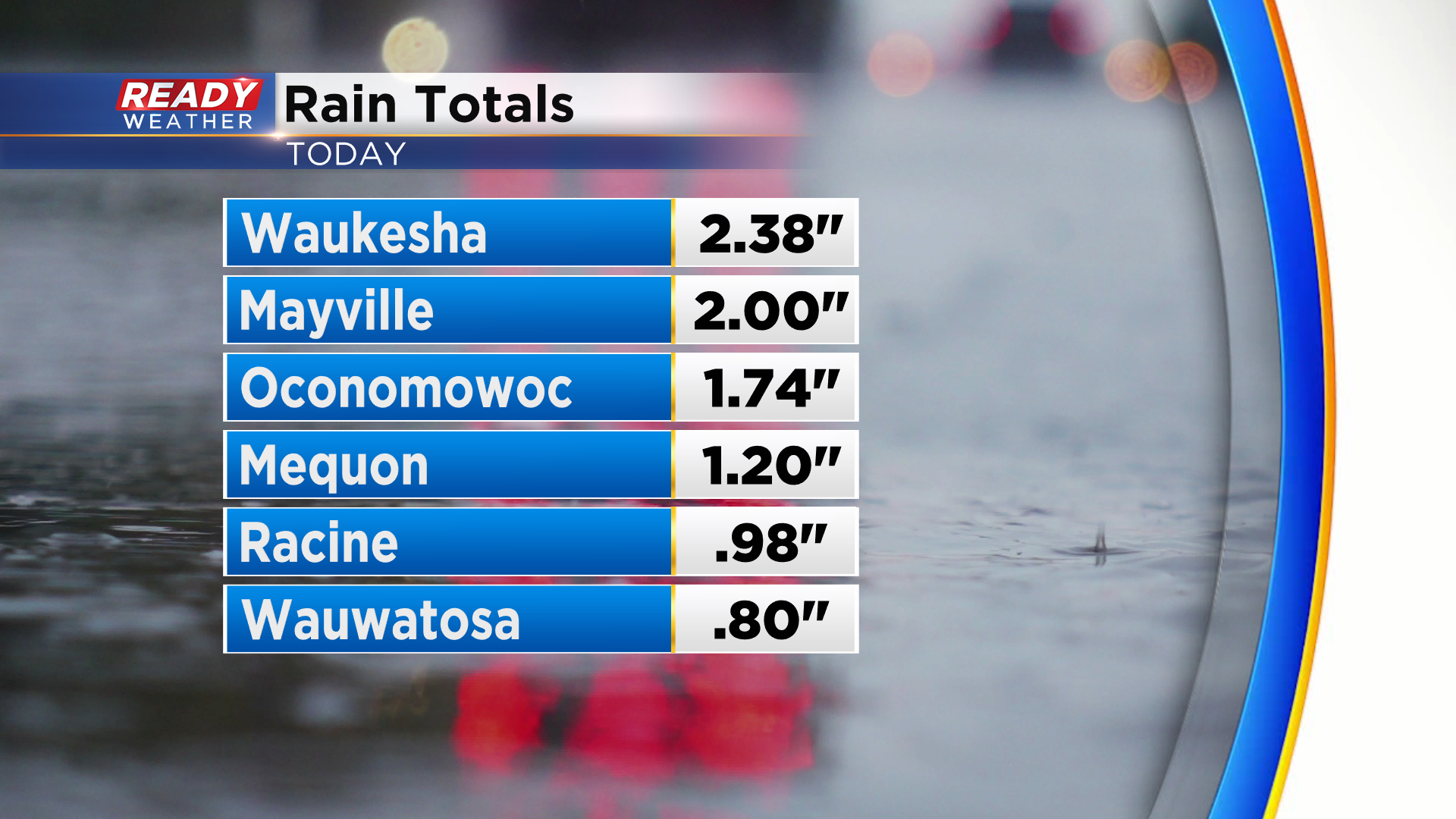 As of 10:10pm this is where the last of the rain is falling: 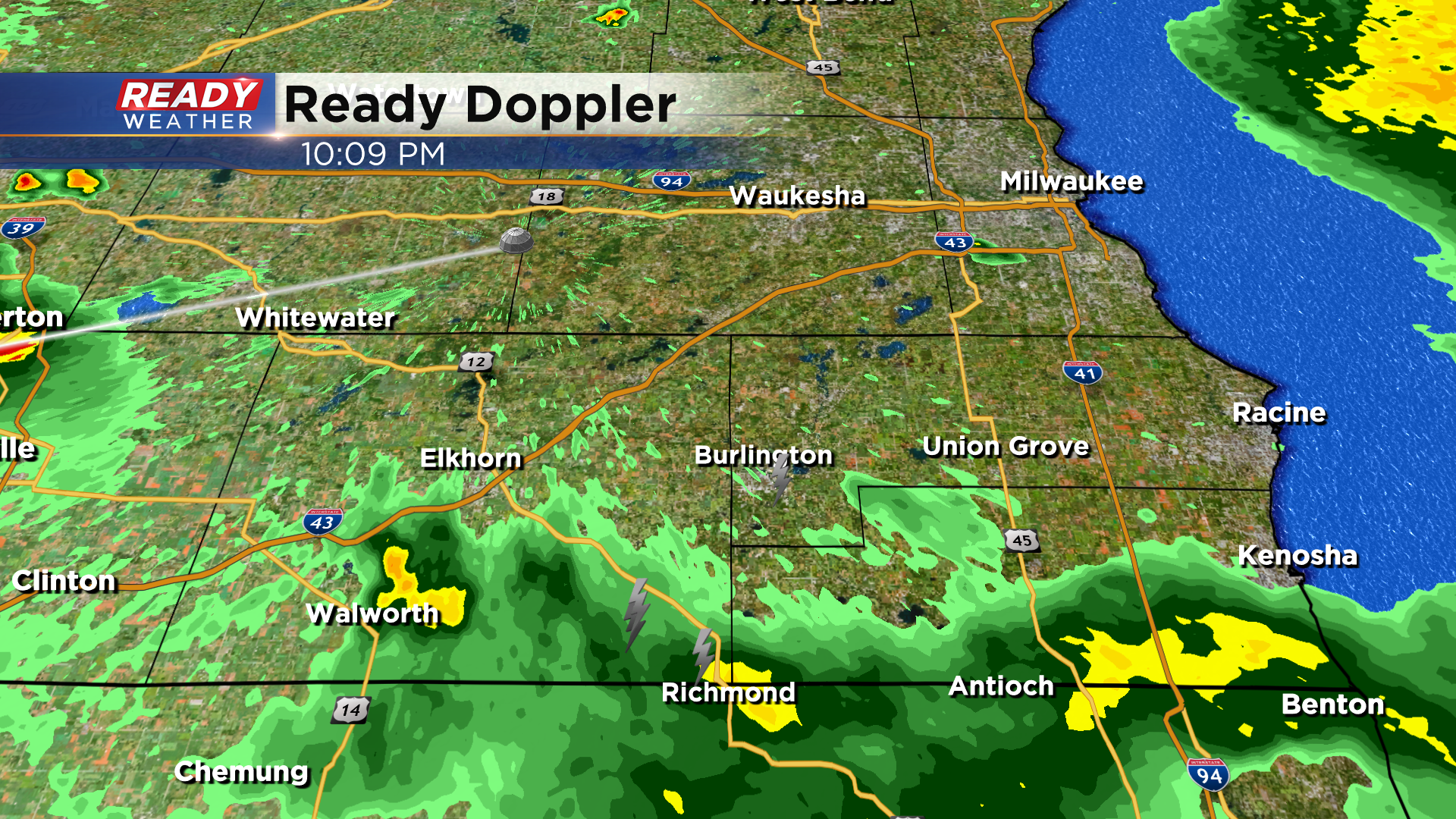 And here's a look at some of the storm reports tonight: 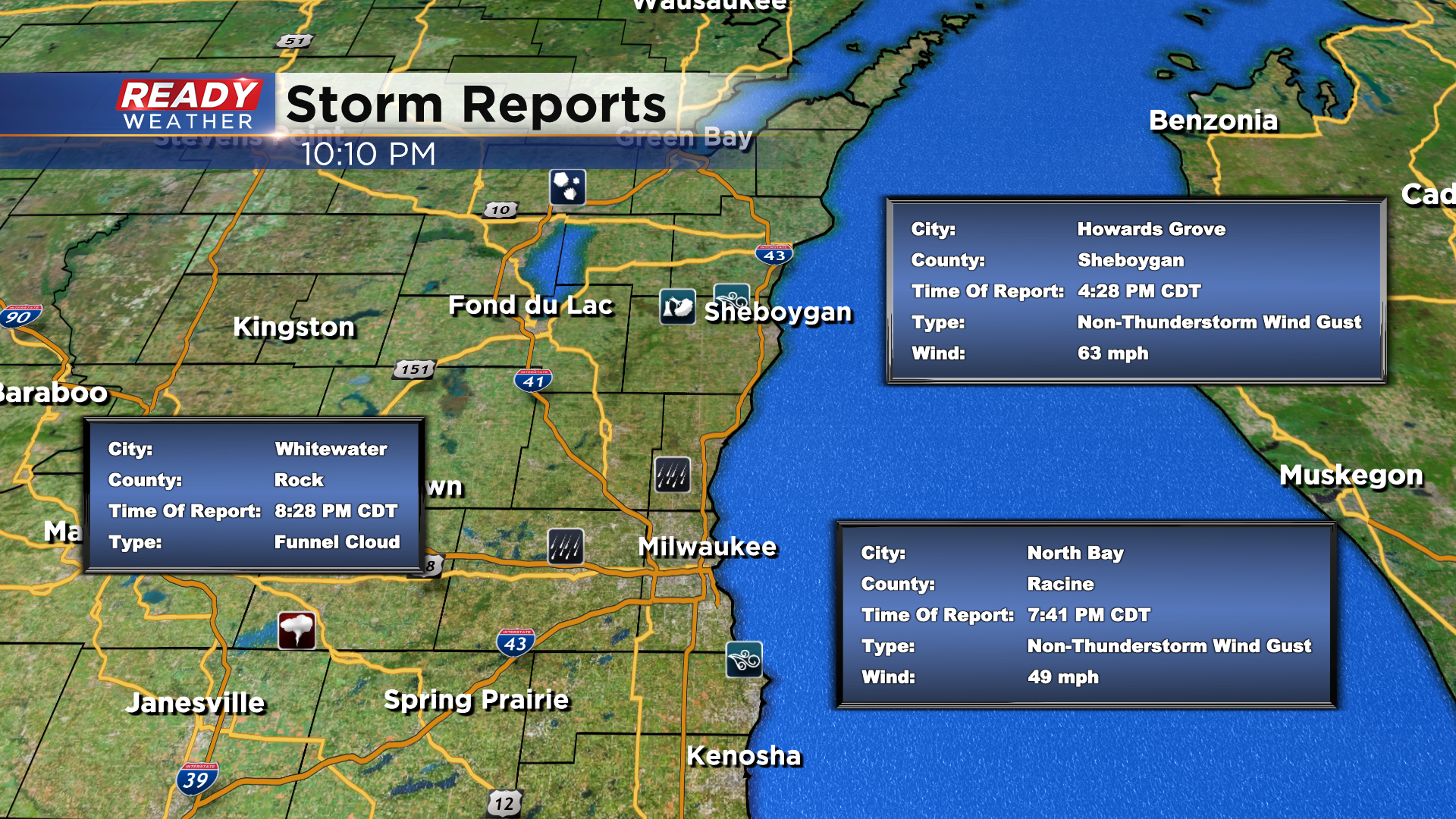 Where we had wind gusts reported over 60 mph is where two downed trees were found in Plymouth, up in Sheboygan county. Moving forward, the rest of the overnight should be quiet.

It's been an active night across our area. Aside from the severe threat we have seen some really impressive rainfall which is desperately needed. Look at the estimated rainfall with our radar product: 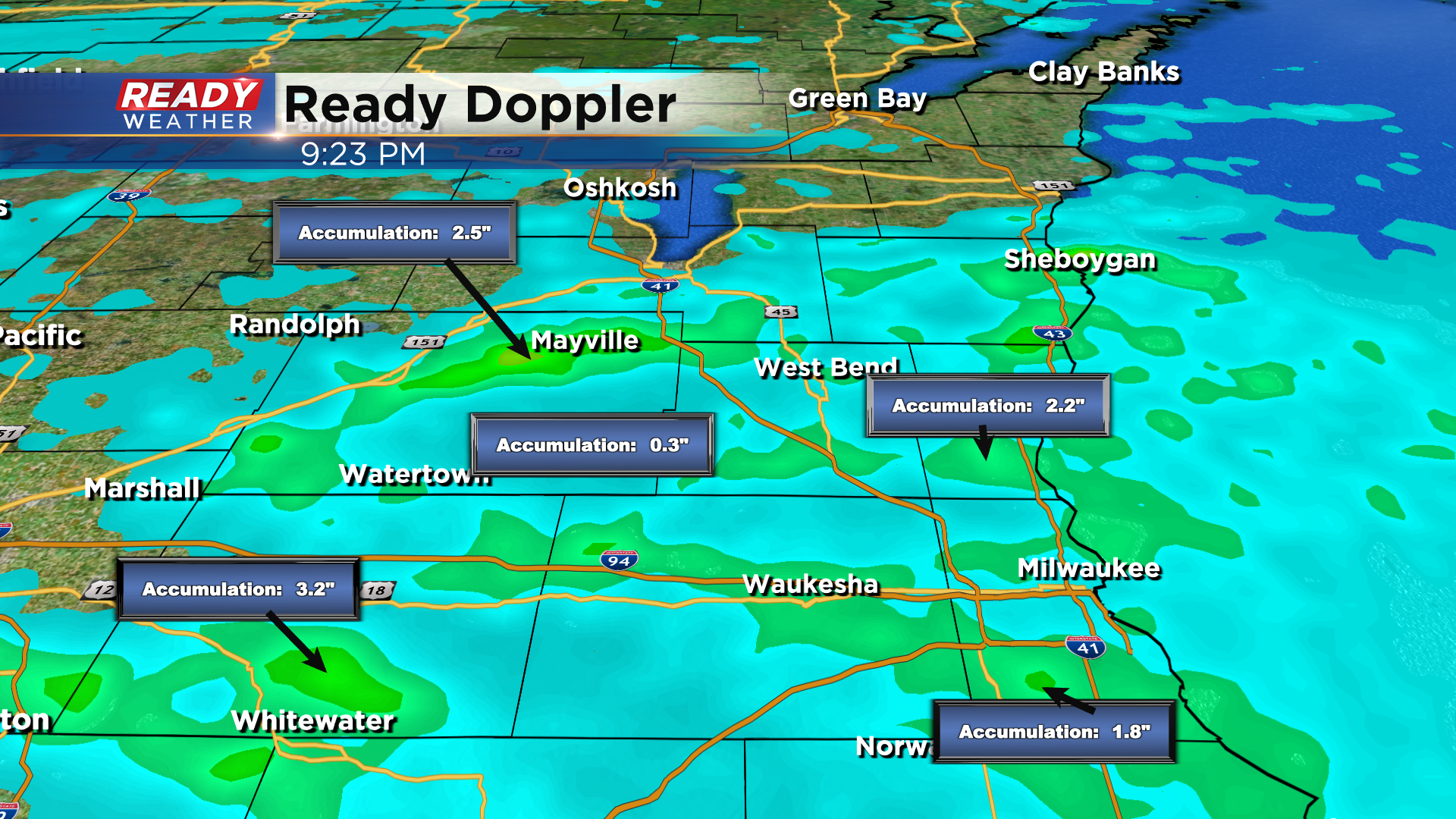 It's hard to believe some spots have picked up as much rain tonight as they have all summer. Official reports into the office include 2" in Mayville, 1.20" in Mequon, 2.38" in Waukesha, and .80" in Milwaukee and Wauwatosa.

The good news is that the line of storms is drifting south of I-94 giving the Milwaukee area a chance to dry out. Officially the Food Advisory for the county goes until 10:45pm. Another report of flooding closed two lanes of Highway 41 near Center St. for a time this evening.  As always if you encounter a flooded road turn around. You don't know what is underneath the water!

8:30pm Update: Severe storms rumble on. A newly issued Severe Thunderstorm warning is in progress for Walworth county until 8:45pm. The concern here is for quarter size hail. Our radar is picking this up nicely just southwest of the Whitewater area: 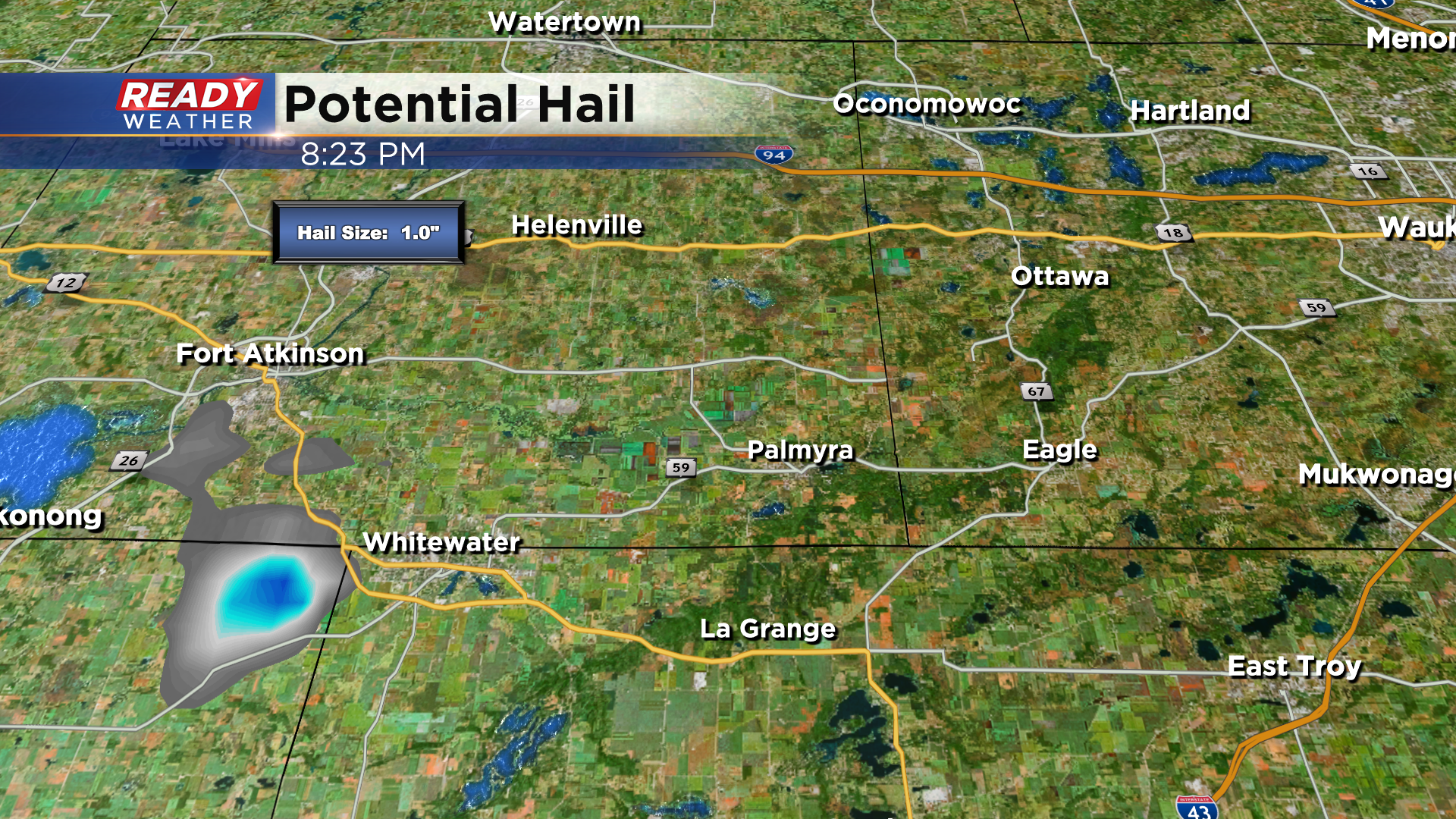 This is another slow moving, only drifting east to east/southeast at 15 mph.

8pm Update: Strong to severe storms continue this evening. We've had reports of funnel clouds, quarter size hail and wind gusts to 50mph along with heavy rain thunder and lightning. Here's the latest on advisories and warnings: 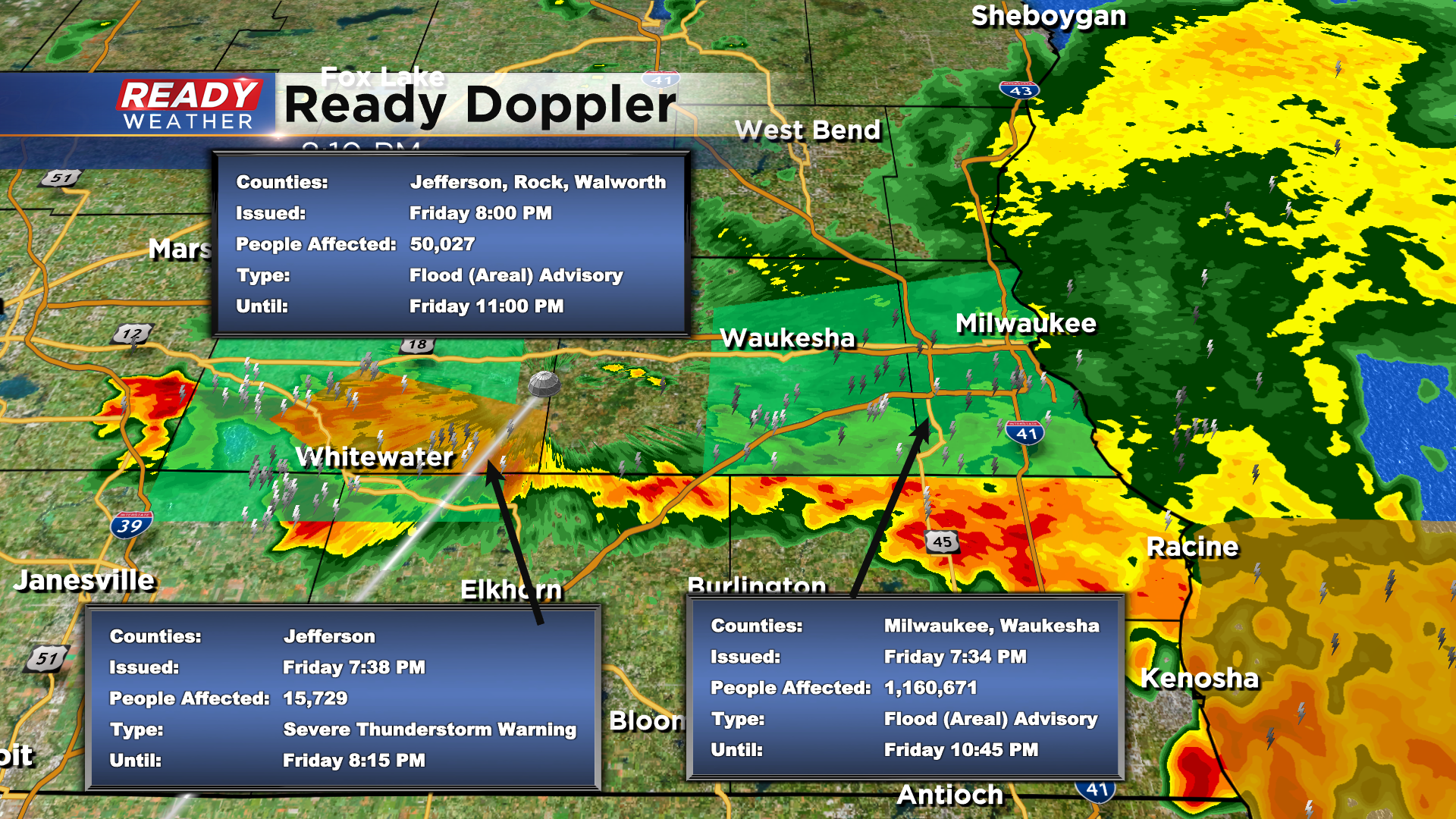 The warning for Jefferson county is primarily a wind concern. The Flood Advisory areas have seen persistent downpours with rainfall amounts already exceeding two inches in spots. It's possibly another half inch to up to two inches of additional rain could accumulate in these areas. As you know it's been a very dry season so it's hard for the ground to soak up all this rain so quickly as minor flooding is now a result of these heavy downpours. The severe threat does look to diminish by midnight. But we're not out of the woods yet as storms will be possible at times throughout the weekend.

Cluster of strong to severe storms continues to slowly drop to the east-southeast. This cluster has remained below severe limits for the last hour, but has still been producing sporadic 50 mph and pea sized hail. 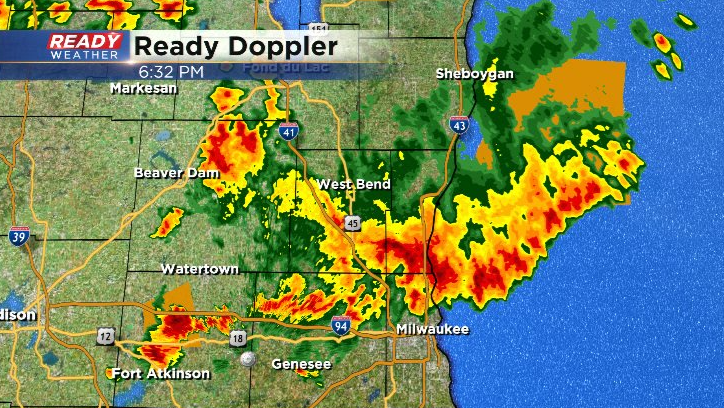 As of 6:30 pm, there's a Severe Thunderstorm Warning in effect in Jefferson county that run through 7 pm. Quarter sized hail and winds up to 60 mph are the main threats with this cell.

The heat and humidity is building and now we're seeing severe storms pop across the viewing area. Currently we've had wind gusting as high as 63 mph in storms rolling through Sheboygan county. 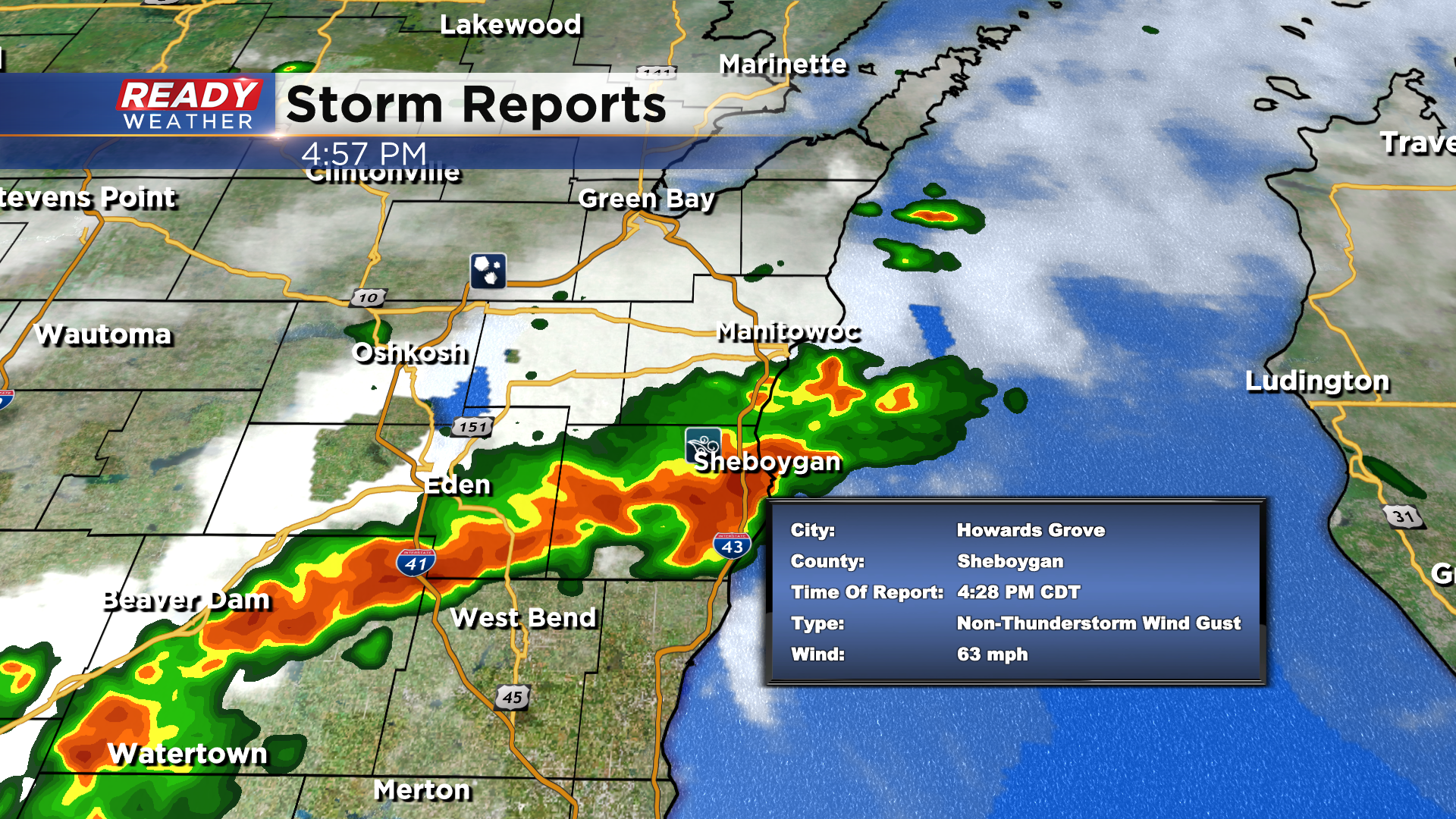 Additional severe storms are in progress in Dodge and Jefferson county as well as Sheboygan and Ozaukee county. 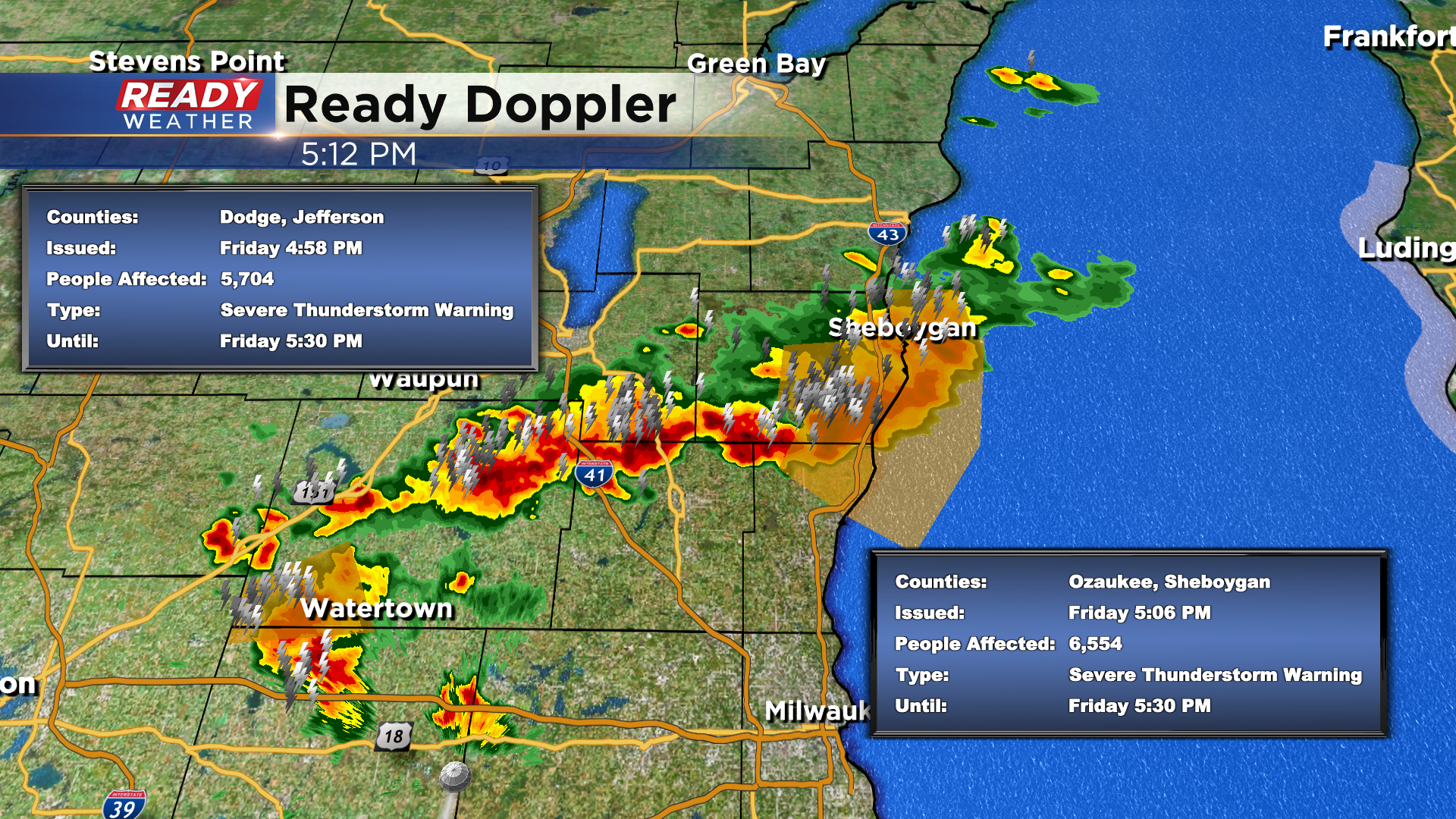 Stay with CBS58 as we provide continued updates this evening on air and online. The primary threats are strong winds to 65 mph and hail. Storms that build are heading east around 20mph. That slow movement will also lead to solid rainfall amounts. Head indoors as these storms approach your area.
Contributions to this story also made by: Sam Kuffel
Share this article: