Staying chilly with a few snow chances by the weekend 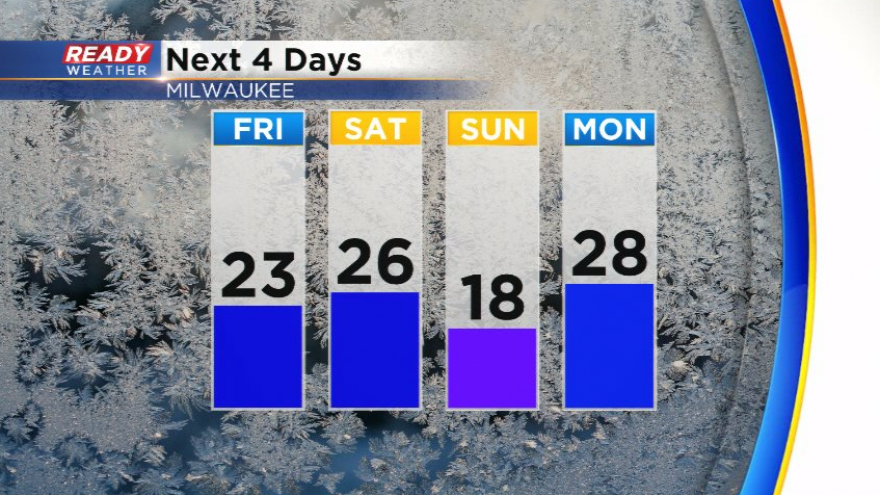 It's been nice to have another day full of sunshine, despite it not helping our temperatures at all. 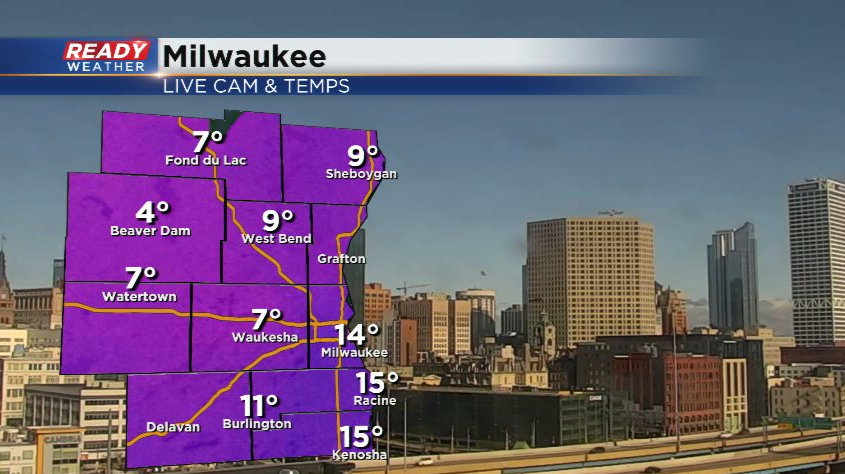 Temps will be a bit warmer to end the week as they rebound back into the 20s, but that will also come with a few snow chances. 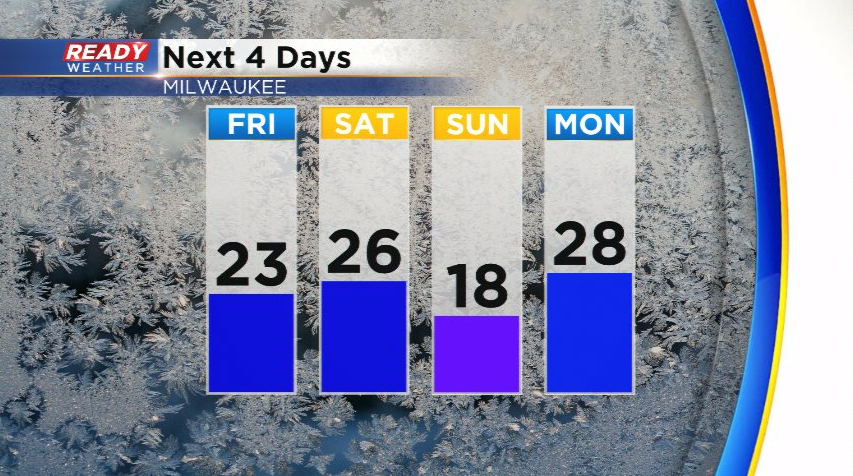 After another day full of sunshine on Friday, we're tracking three separate clipper systems that will track through region Saturday, Sunday, and Monday. 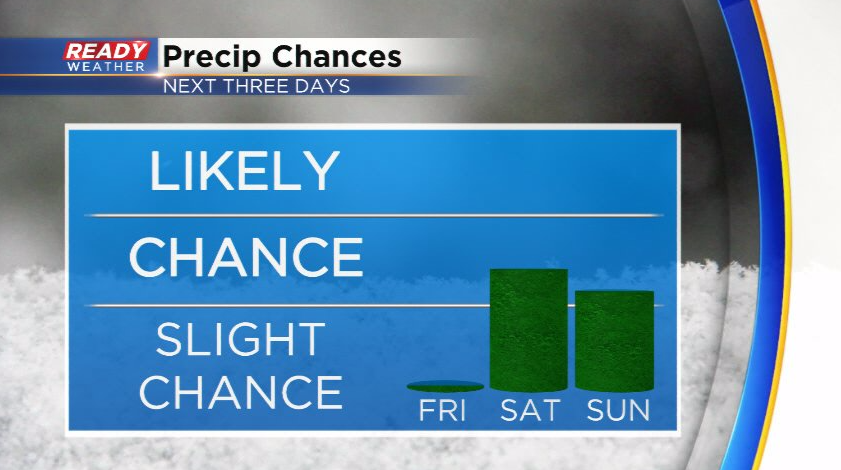 The first system will bring a batch of light and fluffy snow across southeast Wisconsin Saturday morning. 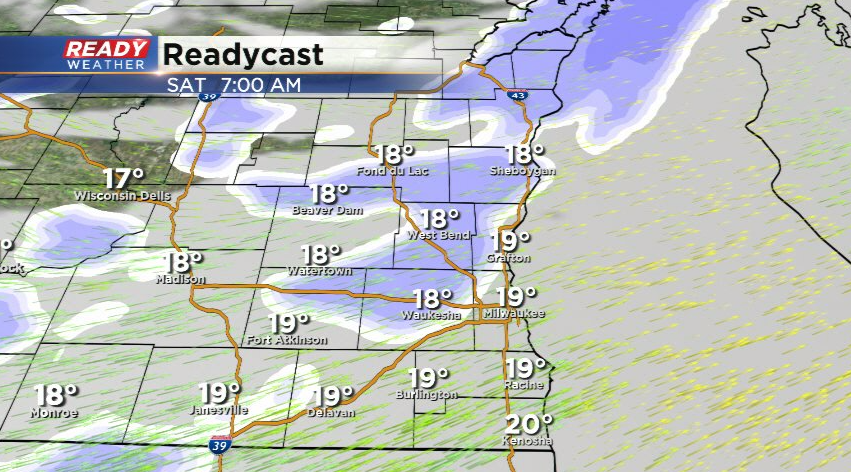 Most of southeast Wisconsin will pick up either side of a half inch with this round of snow, but a few isolated spots may approach an inch. 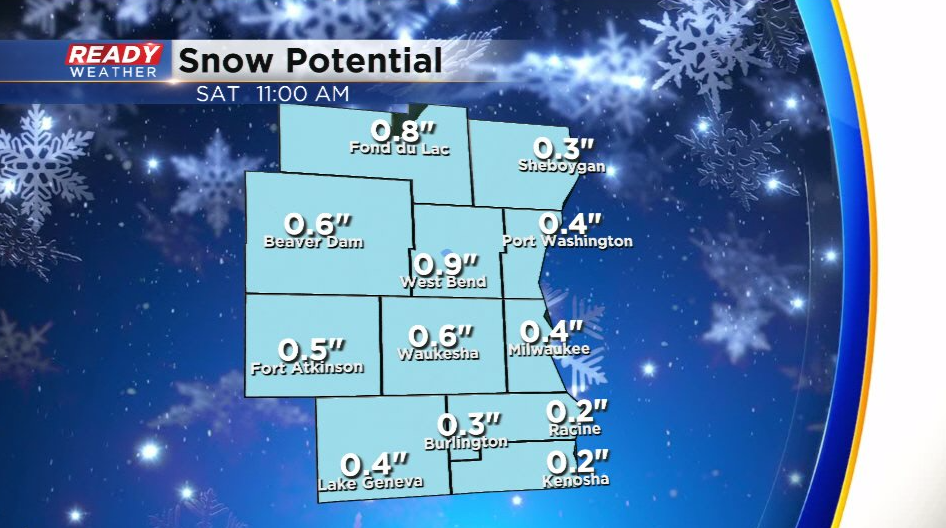 This snow will taper off by afternoon, but will likely blow around as winds gust around 30 mph. While we dry out Saturday afternoon and evening, another round of light, fluffy snow is possible Sunday morning. There's uncertainty in the track of this clipper system, which has been fluctuating between tracking through eastern Iowa or central Iowa. The eastern Iowa track would bring another inch or two of fluffy snow to southeast Wisconsin. 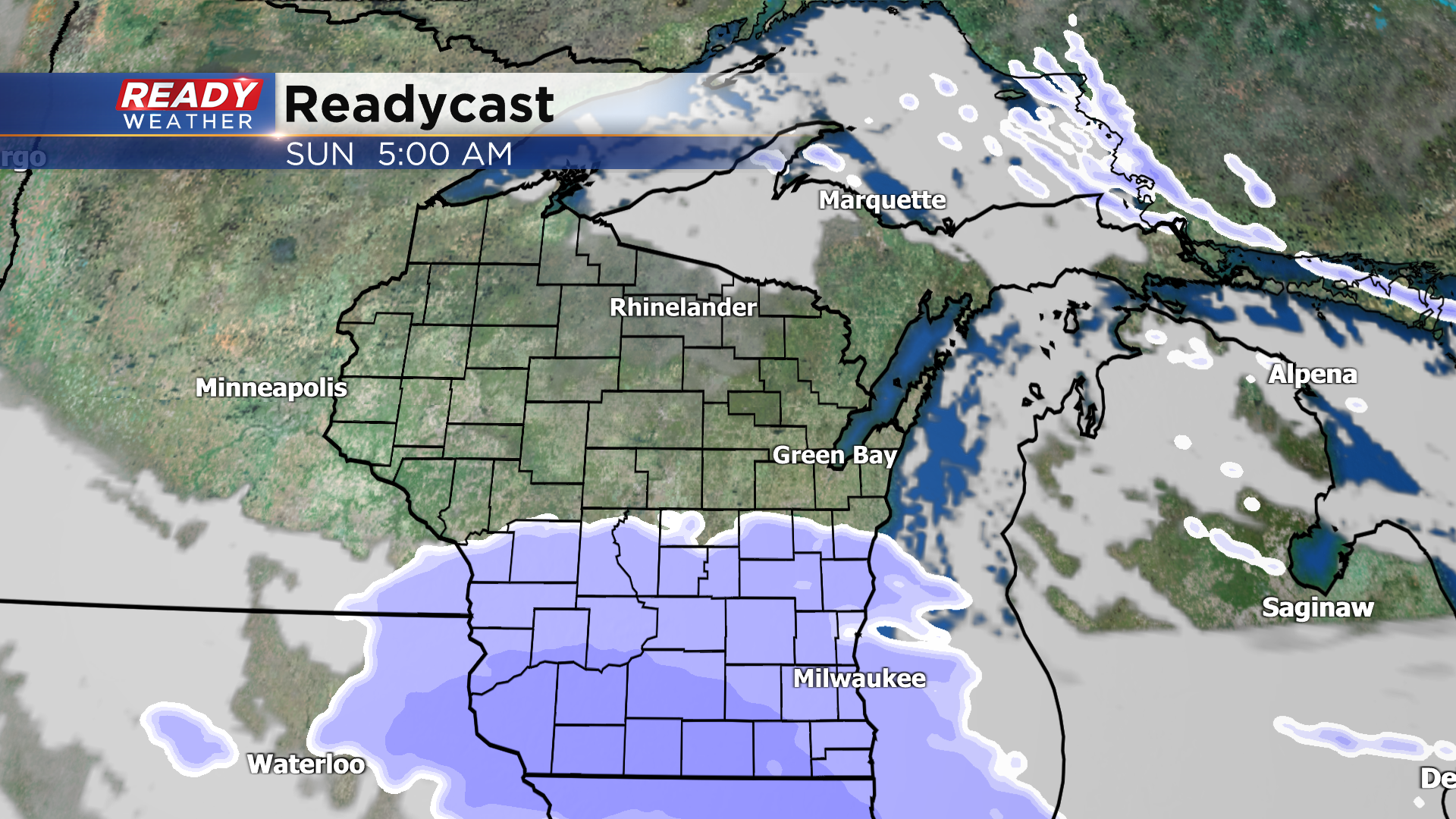 The track through central Iowa would keep the bring of the snow to our southwest with only a dusting to half inch possible south of I-94. 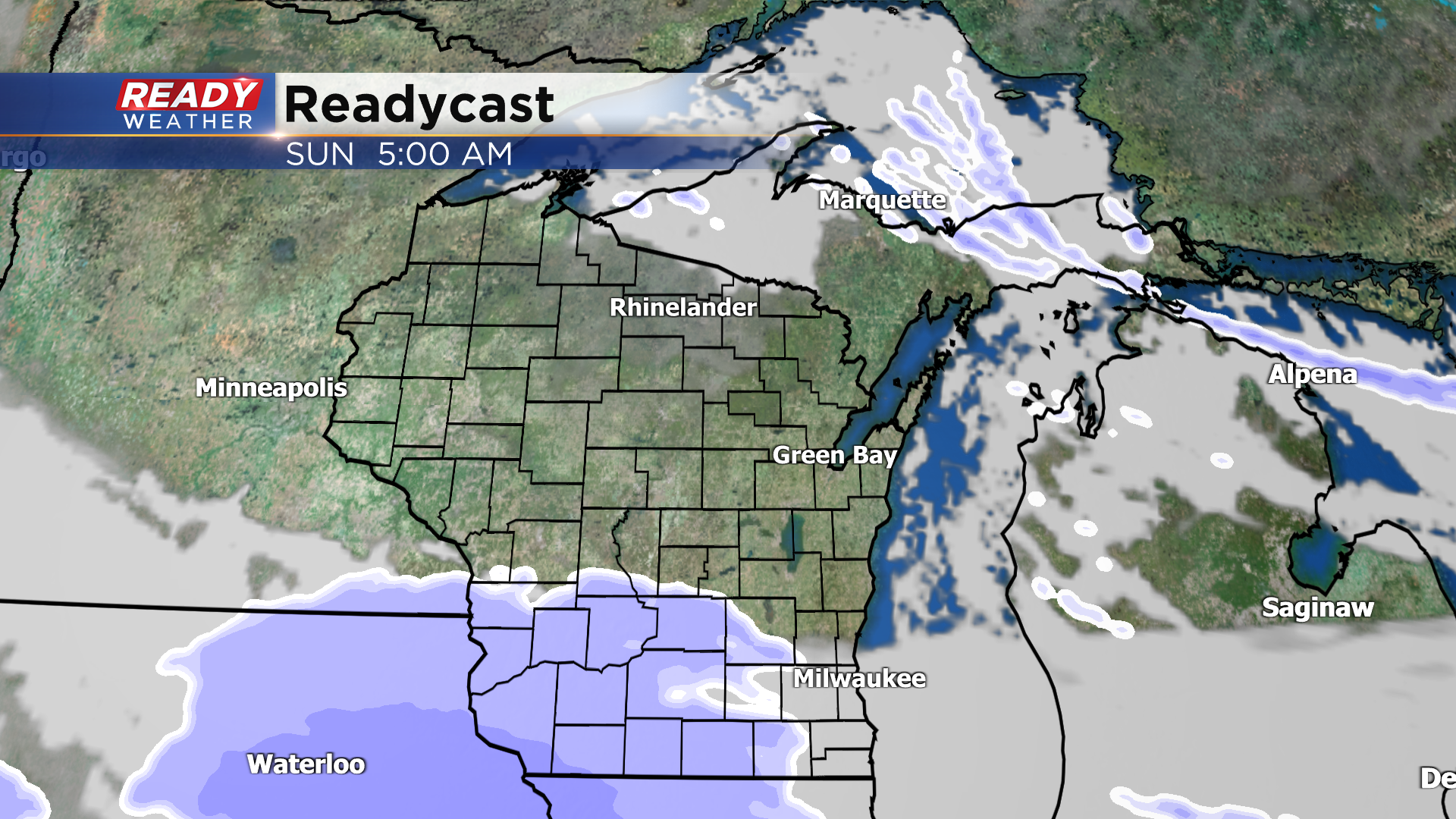 We'll continue to update this forecast as it becomes more certain, but this round of snow would also exit by late Sunday morning. A potentially bigger system may bring a swath of snow across the state on Monday. 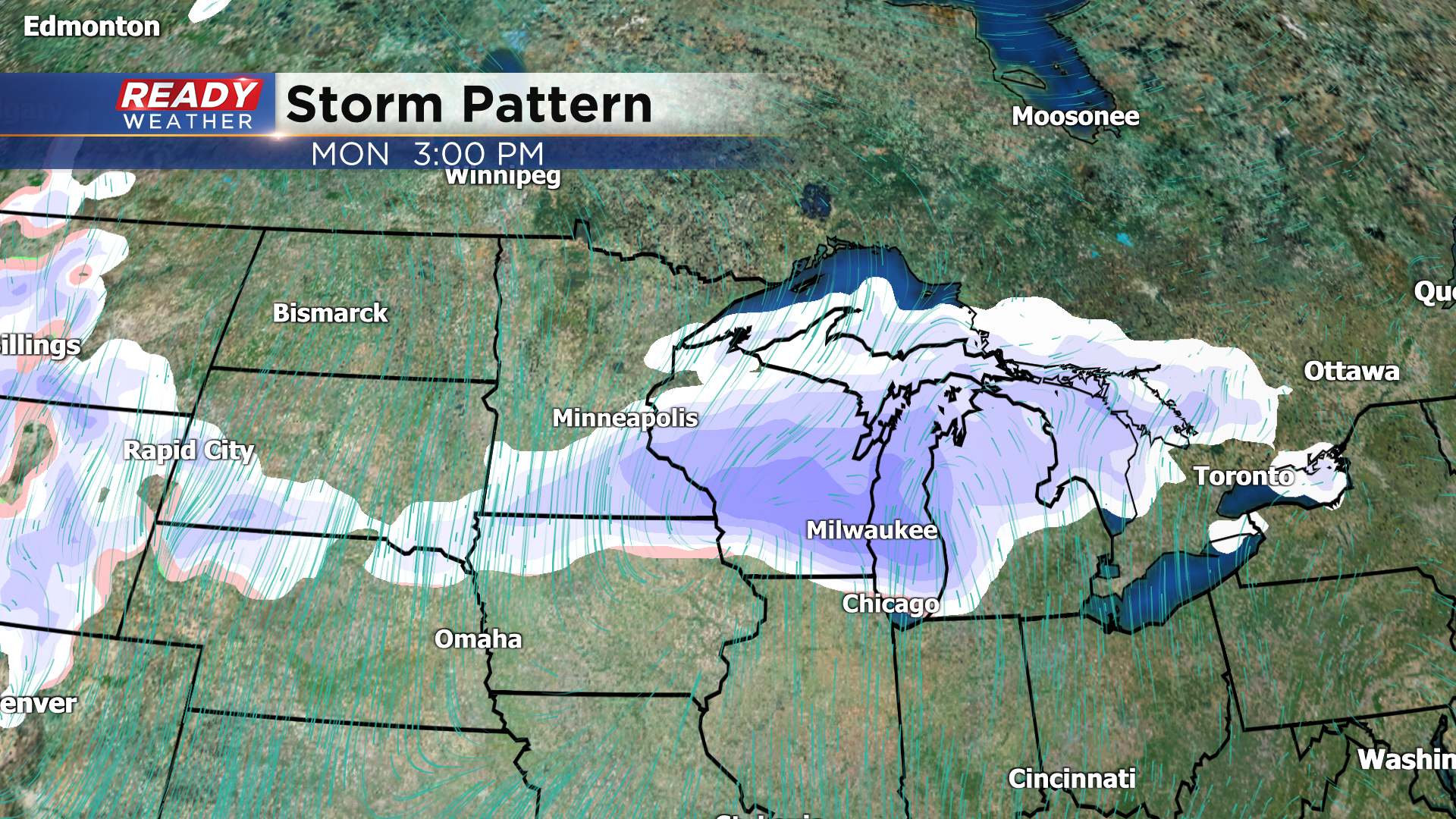 There is even more uncertainty with the strength and track of that system, but this would likely be the most impactful system on the horizon. We could use some snow around here though! Milwaukee has only picked up 7.7" of snow so far this season, which is 14.5" below normal. 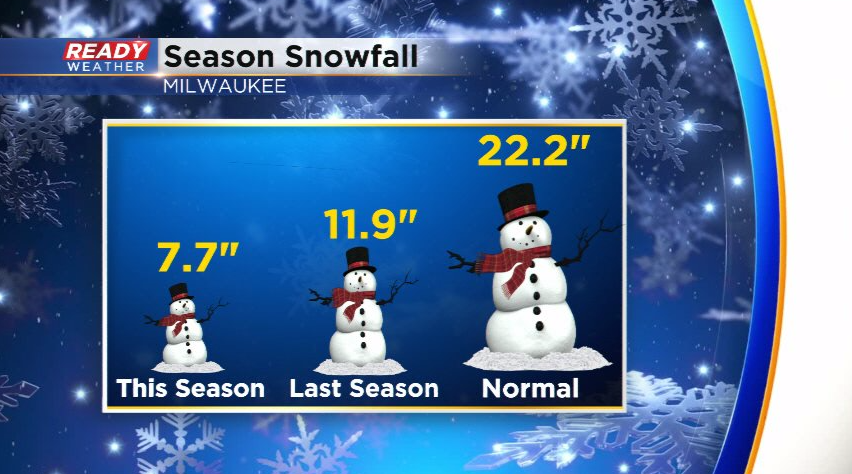 In fact, some cities that don't typically see a ton of snow during the winter have had more snow than us, including Nashville, Seattle, and Washington D.C.! 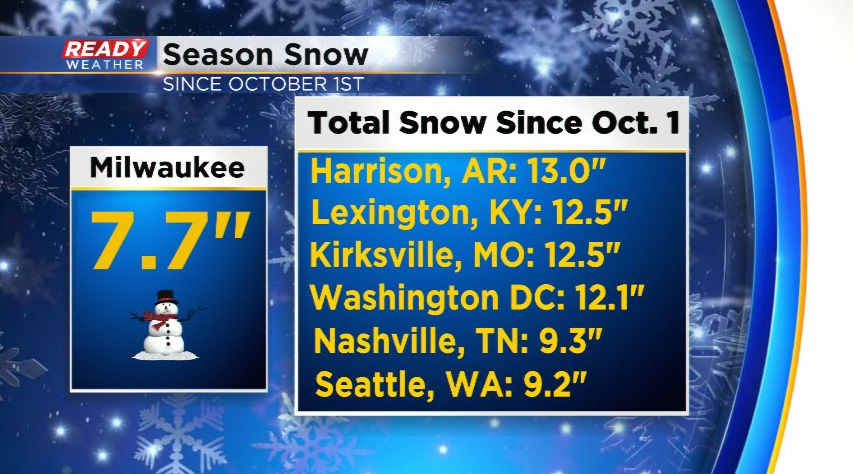 Download the CBS 58 Ready Weather App to get the latest updates on the forecast heading into the weekend.