Brewers team up with local restaurants to reinvent ballpark foods

MILWAUKEE (CBS 58) -- We're just days away from the Brewers home opener, and American Family Field is showing off the new food you'll find at concession stands around the ballpark.

They teamed up with local restaurant group, Black Shoe Hospitality, to reinvent the traditional ballpark foods.

Peanuts and hotdogs are stadium staples and favorites, but they're adding a Wisconsin spin on them. Hotdogs are loaded with tater tots, dozens of different cheeses, sauerkraut, cranberry jalapeño ketchup, and a lot of bacon -- an ode to Milwaukee's love for brunch.

"Using things like brandy to flambé onions. I don’t think any [other] ballpark has use of cranberries unless it’s some kind of juice or cocktail or something, but bringing those flavors of Wisconsin is something that we just kind of took about two-and-a-half to three months. Just kept going back and forth and bantering and talking and testing and tasting," said Joe Muench, one of the owners of Black Shoe Hospitality.

The group owns restaurants like Maxie's and Story Hill BKC.

"Things like sausages, hotdogs, hamburgers, and chicken tenders, you're not going to necessarily recognize them anymore because the creativity, imagination and vision," said Rick Schlesinger, Brewers president. 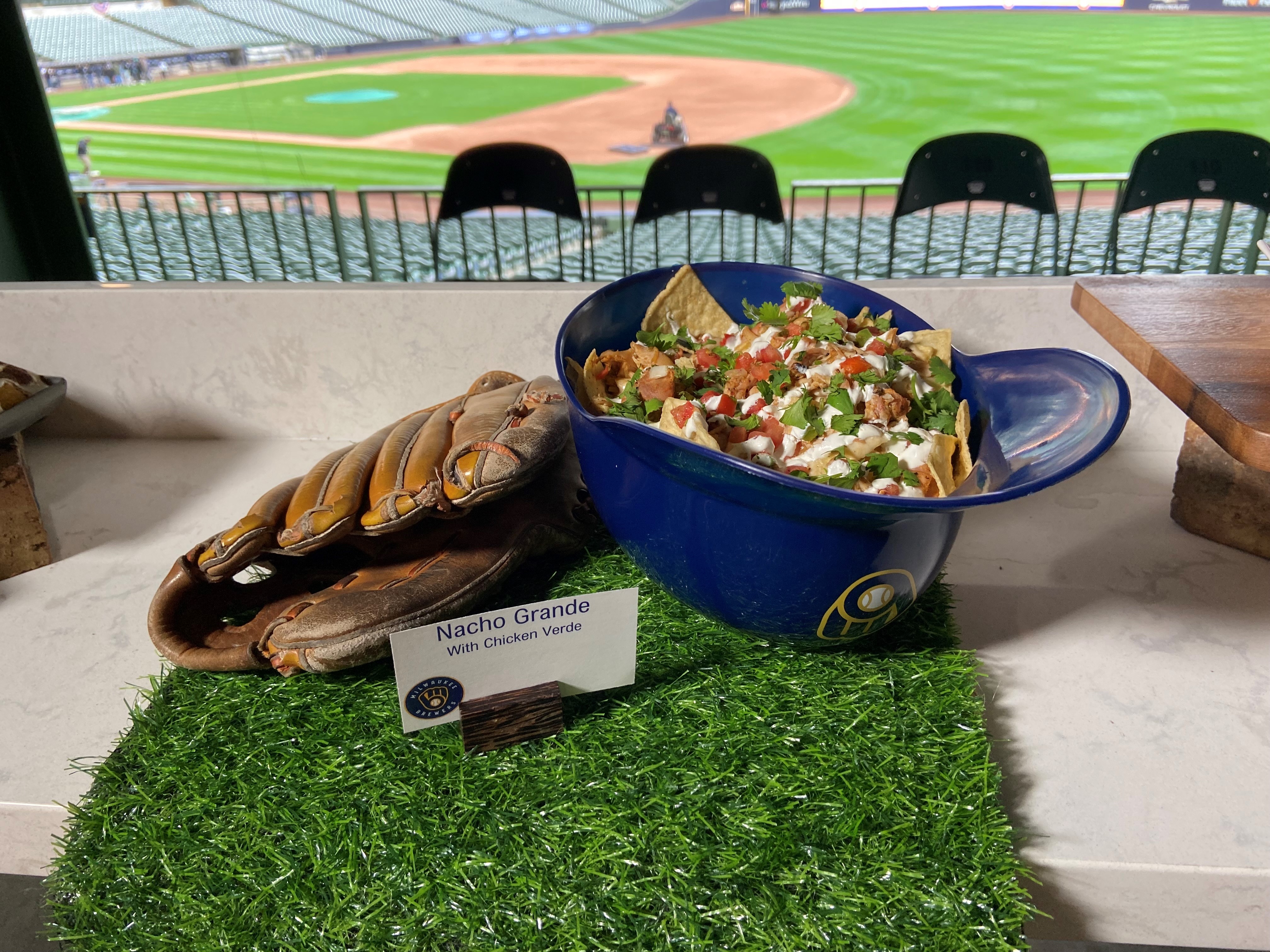 Bacon and cheese are just two of the ingredients that are locally sourced from within the state. Another goal of the creators was to keep prices down. A loaded burger, brat or hotdog will average you about $10.50 at American Family Field this season.