After a picture perfect winter day on Saturday, clouds will continue to build back into the area ahead of the next low pressure system that'll track through Wisconsin later in the day Sunday. Dry weather continues tonight through Sunday morning before a band of light snow tries to push through around midday. This snow will likely battle with dry air, so only a few light flurries are expected to reach the ground during this time. 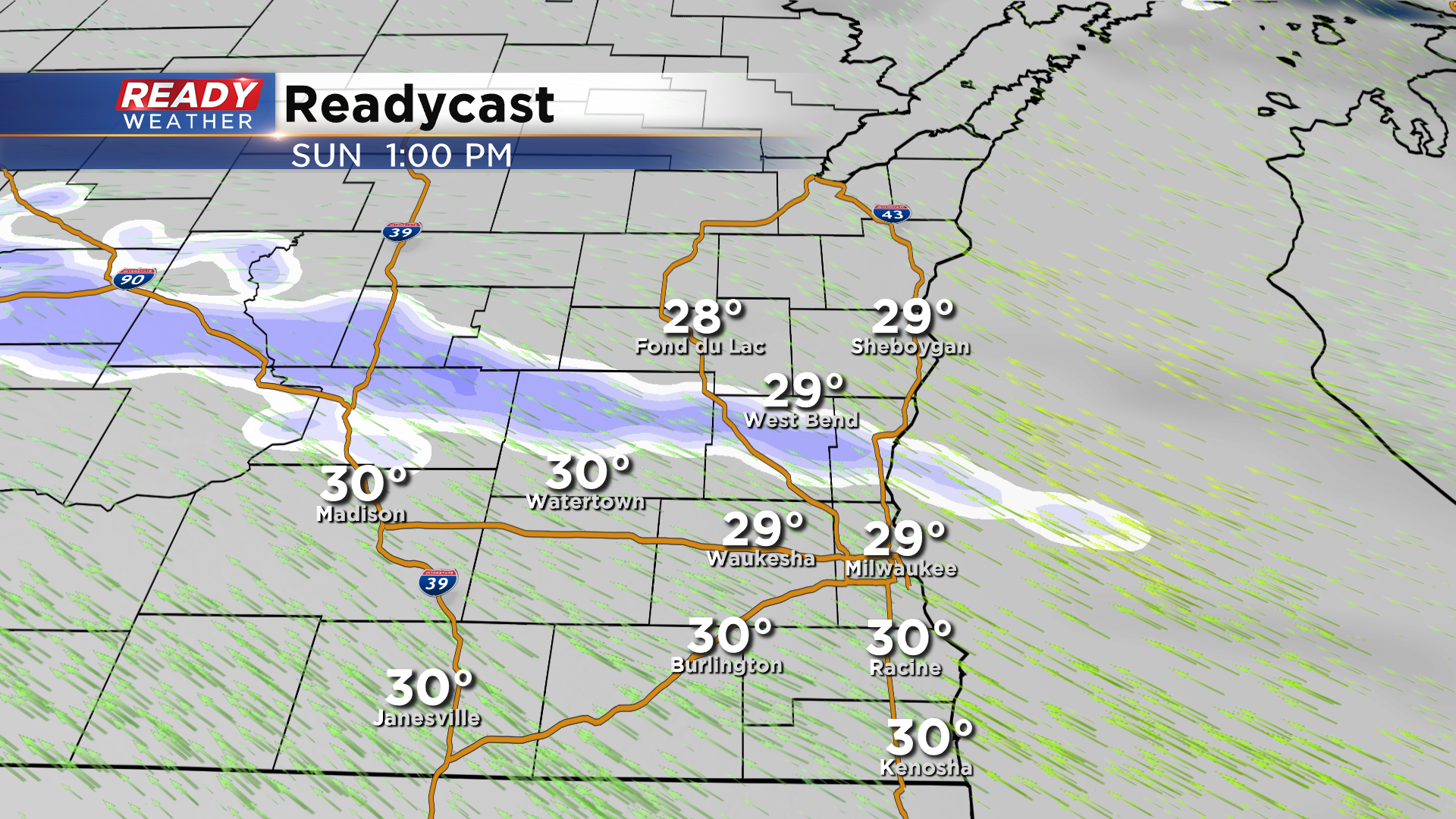 Steady, widespread snow will then move in from west to east between 3-6pm with the brunt of the snow falling throughout the evening hours. 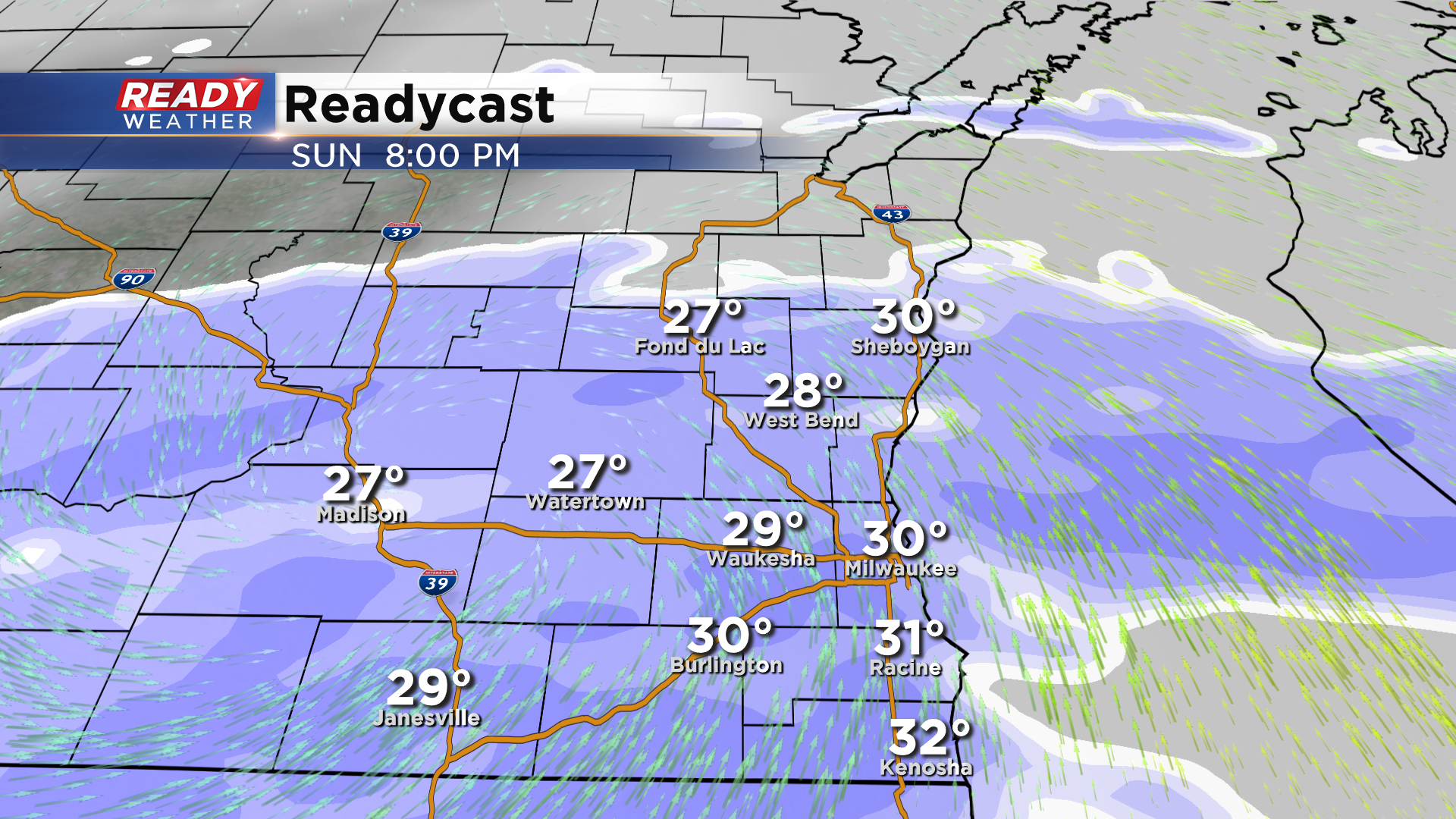 The snow looks to come to an end between 12am-2am with dry weather expected by the Monday morning commute. 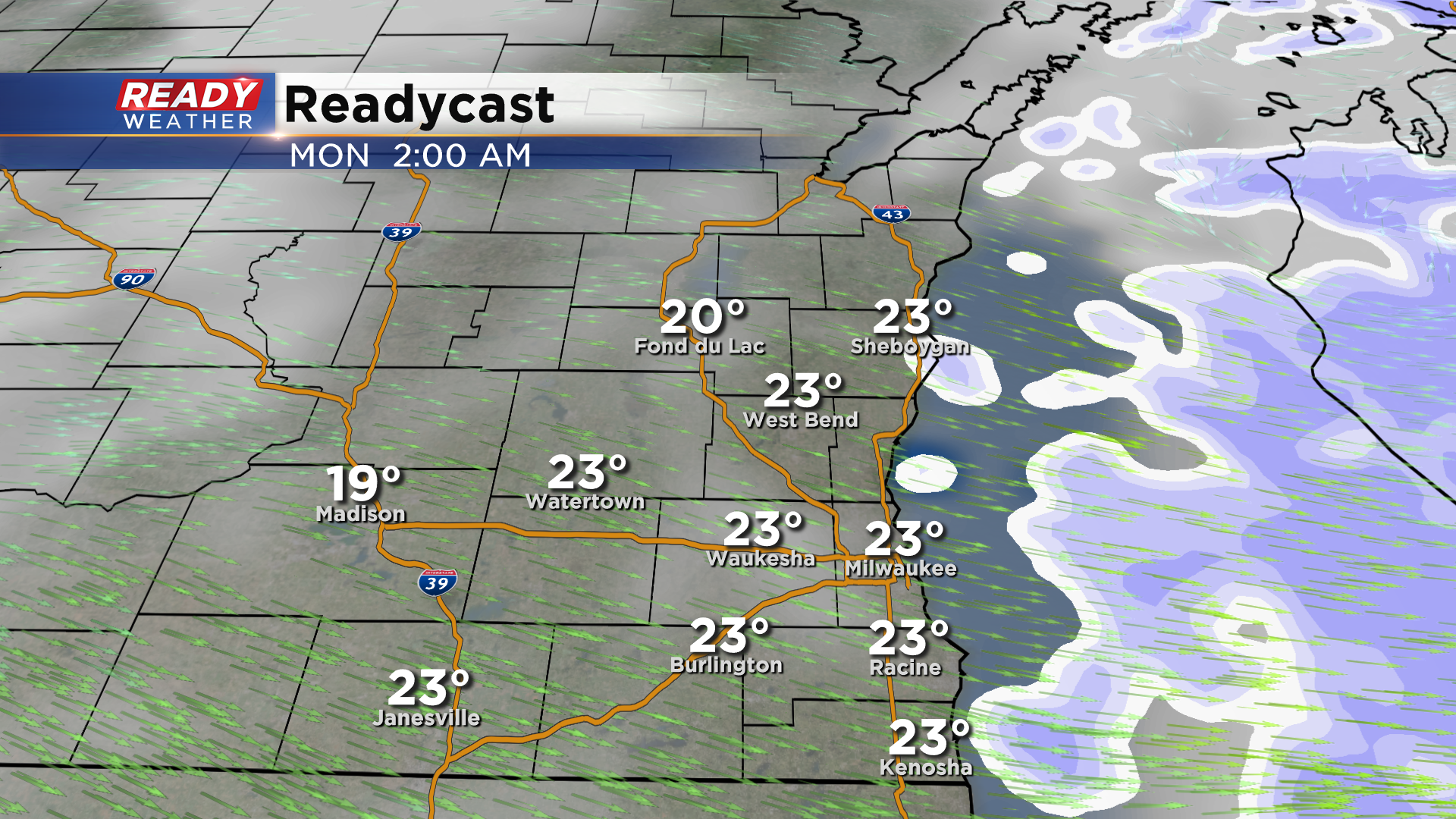 Between 1-3" of snow is expected across southeast Wisconsin from this system. With temperatures in the upper 20s to low 30s, this will be more of a wet snow than the powdery type snow we've had over the last two weeks. 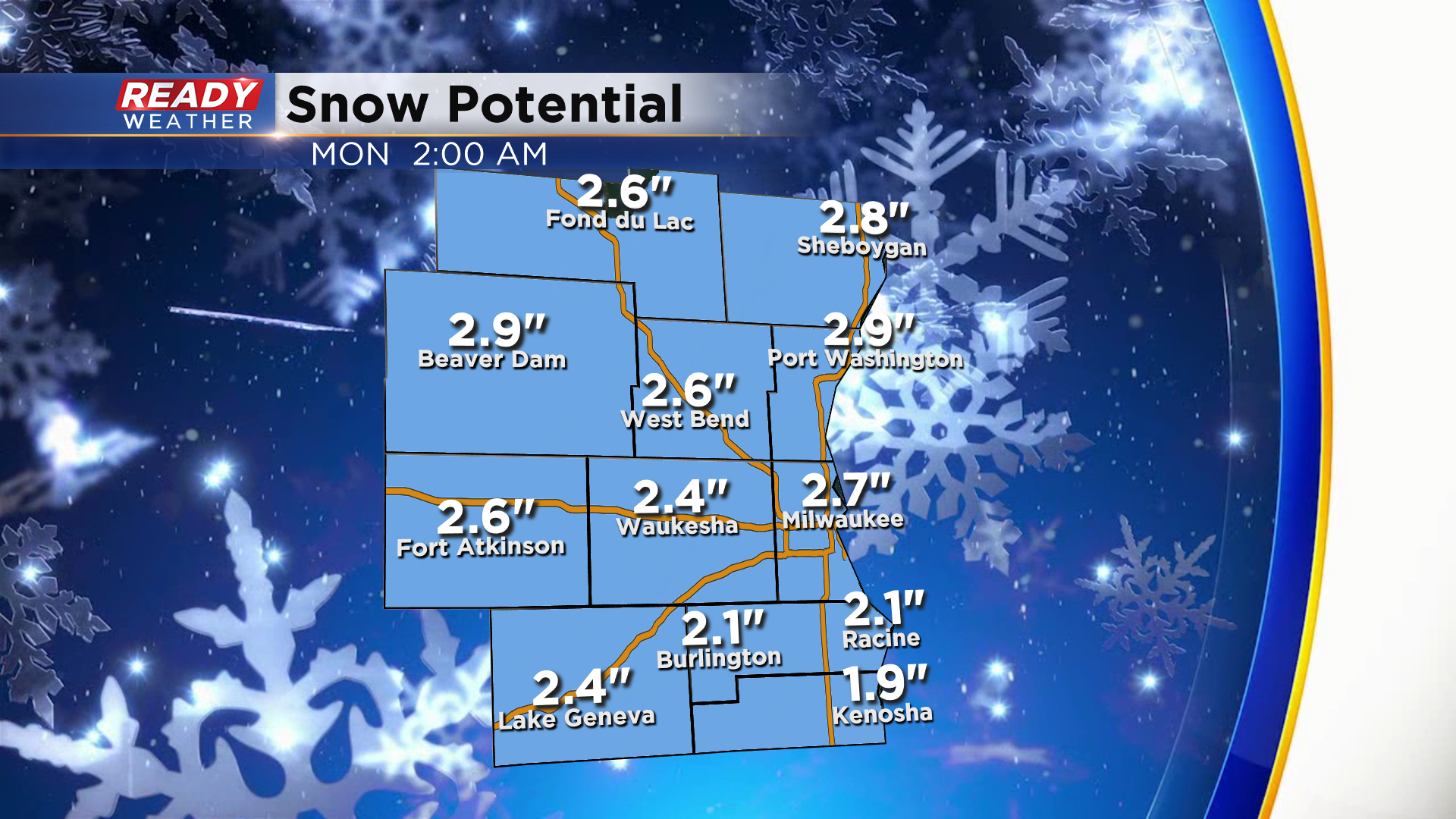 Snow could come down at a moderate rate Sunday evening, which will reduce visibility to a mile or less at times. Roads will be in the worst shape Sunday evening with slushy and snow covered roads likely. 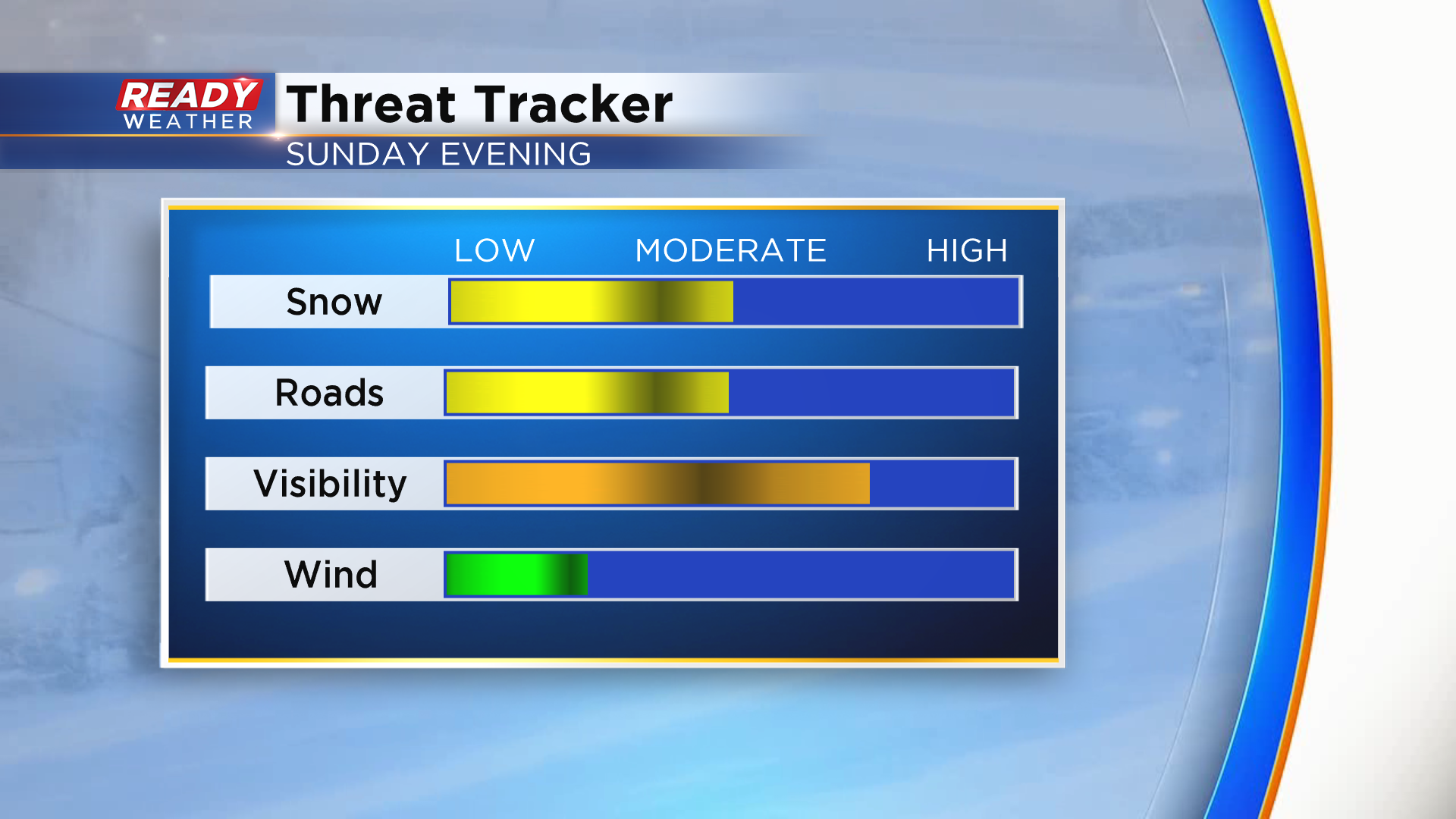 While the snow will have ended by the time the Monday morning commute rolls around, we'll likely have lingering slushy snow on the main roads. Side roads could still be snow covered, so give yourself a few extra minutes for your commute. 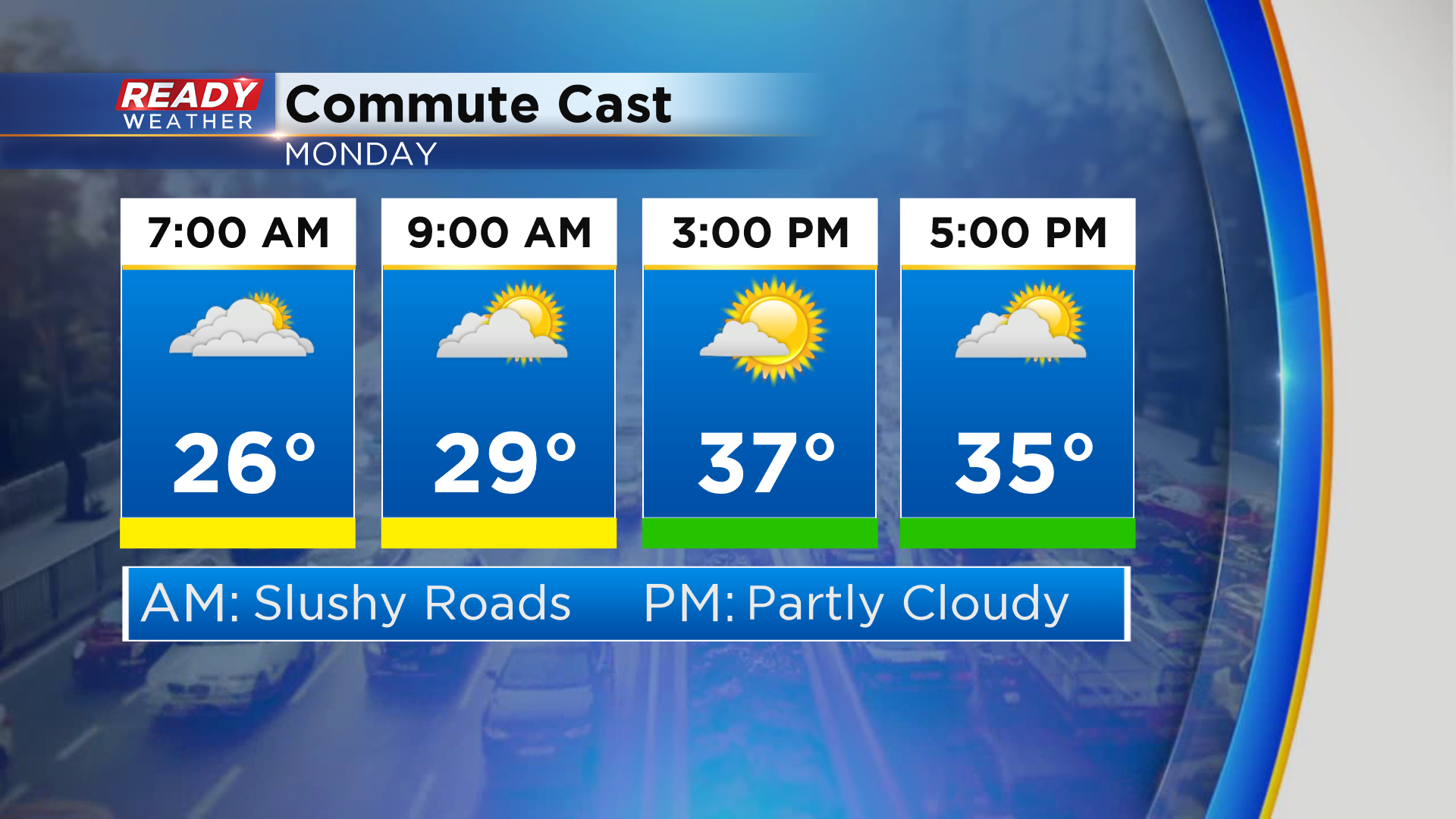 Good news is temperatures will be on a warming trend well into the 30s with low 40s possible lakeside! 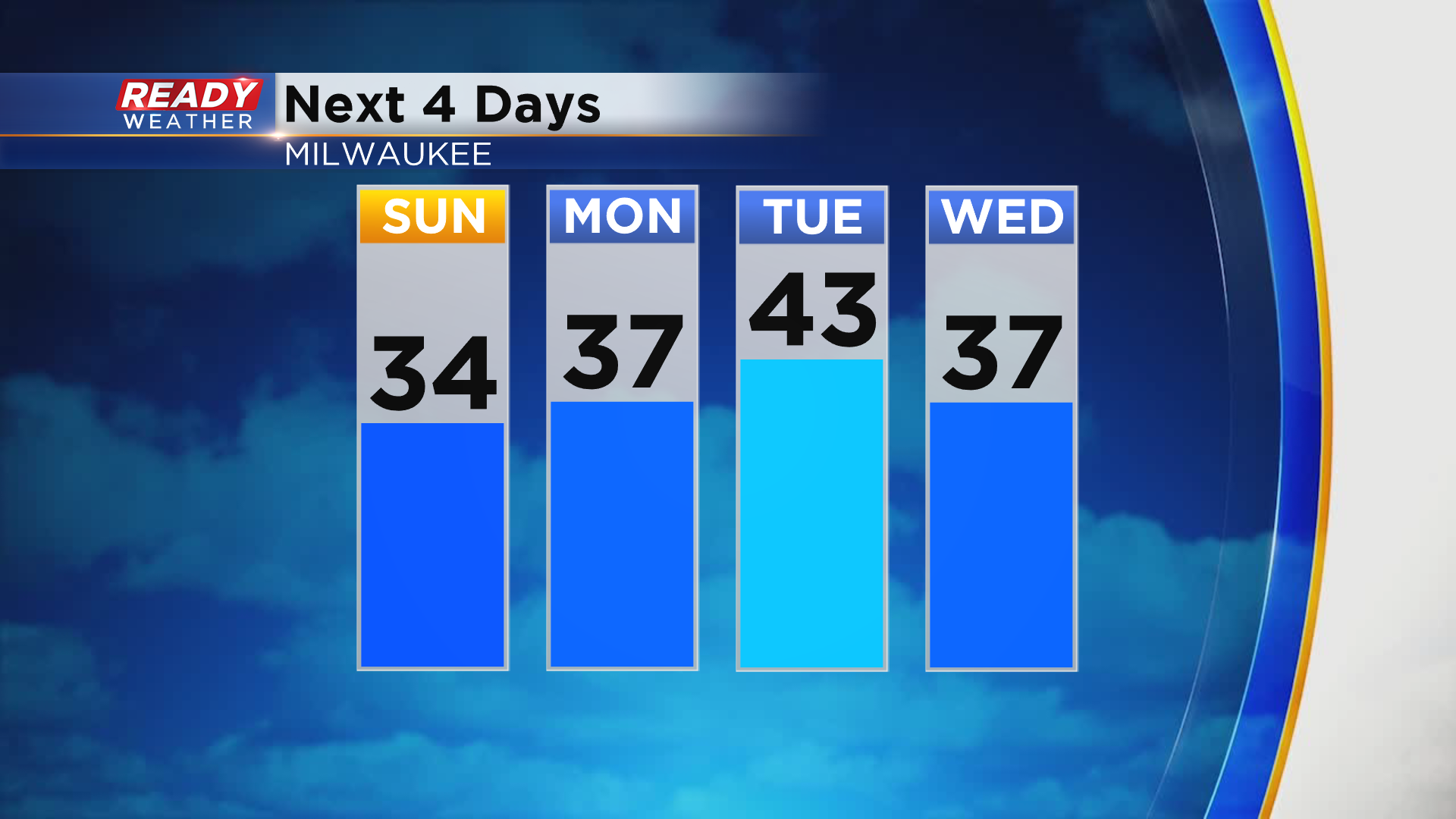 Download the CBS 58 Ready Weather App to track the incoming snow and to get any alerts the moment they're issued.