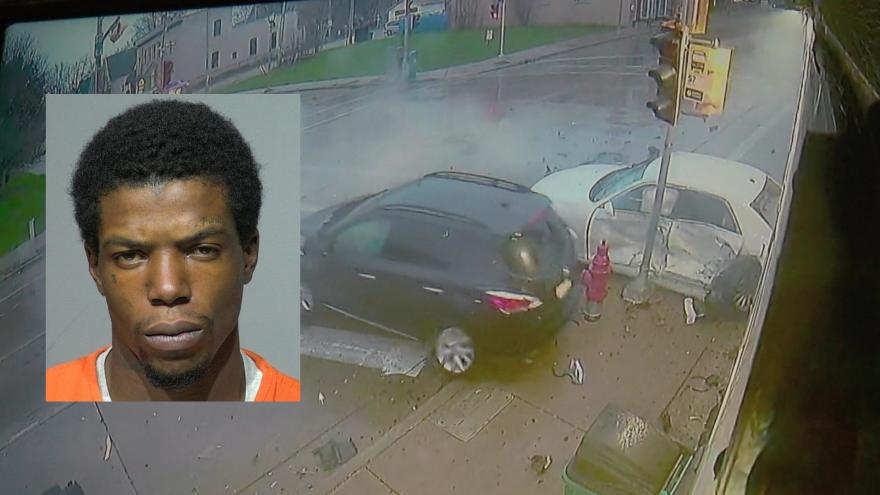 MILWAUKEE (CBS 58) -- A 27-year-old Milwaukee man has been charged in connection to a fatal crash that happened near 35th and Lisbon on May 3.

Charles Jackson has been charged with one count of homicide by negligent operation of a vehicle and one count of carrying a concealed weapon.

Milwaukee police said a white vehicle disregarded a red light and collided with a second vehicle. The second vehicle struck a pedestrian, a 39-year-old Milwaukee woman, who was standing on the corner. She was pronounced dead at the scene.

The 27-year-old driver of the white vehicle was identified by authorities as Charles Jackson.

At the scene, the complaint says officers patted Jackson down and found two ecstasy pills and small quantity of marijuana.

Jackson reportedly admitted to being the driver and sole occupant of the white Chrysler involved in the crash.

Jackson, according to the complaint, claimed he was rushing home because he was concerned a family member was going to kill himself, and claimed he believed he had a green light.

An investigation revealed Jackson was traveling 47 mph at the time of the crash with the accelerator depressed 100%.

The complaint says officers searched the Chrysler and recovered a 9mm pistol in a bag on the driver's seat, with an additional loaded magazine in the bag as well as another magazine in the vehicle's center console.