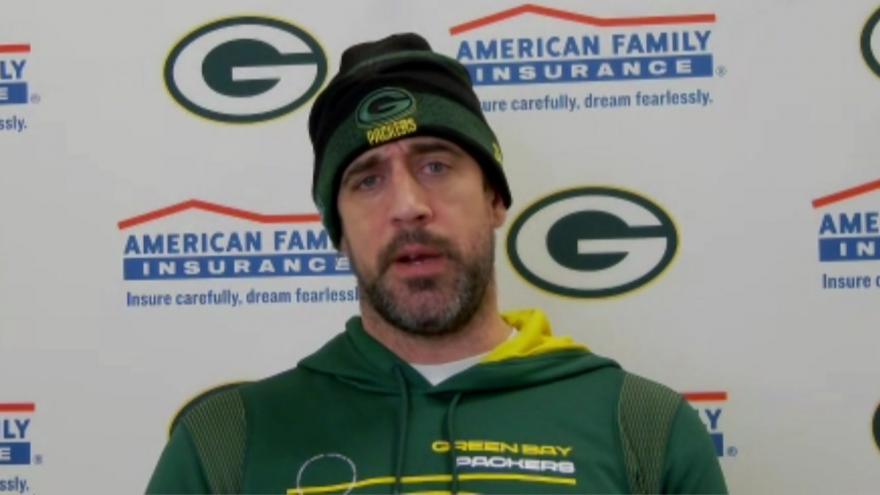 That's how simply Aaron Rodgers put it. Hub Arkush said, "I don’t think you can be the biggest jerk in the league and punish your team, and your organization and your fan base the way he did and be the Most Valuable Player."

Arkush thinks Rodgers hurt the team for how Rodgers acted off the field throughout the year.

Arkush said on Wednesday, Jan. 5, he made a mistake discussing his stance publicly. Rodgers thinks he should be excluded from future voting.

Rodgers will have a chance to add to his on-field MVP resume as the Packers plan to play their starters at least some of the game against Detroit in the regular season finale.