NOW: Bobblehead Hall releases Cubs-Brewers I-94 Rivalry bobblehead on what would have been Opening Day

The two mascots are facing each other with their firsts up and ready for battle on a base that says “I-94 Rivalry” with Bernie wearing his 50th Anniversary pin-striped jersey and Clark wearing his blue jersey. Each bobblehead is individually numbered to 1,000 and they are only available through the National Bobblehead Hall of Fame and Museum’s Online Store and at the Museum when it re-opens, while supplies last. The bobbleheads, which just arrive and ship now, are $60 plus a flat-rate shipping charge of $8 per order.

Known as the “I-94 Rivalry” because the two teams’ stadiums are located only 83 miles from each other off Interstate 94, the rivalry did not take off until 1998 when the Brewers moved from the American League to the National League. Not counting spring training matchups, the Brewers and Cubs met for the first official time on June 13, 1997 in interleague play, a 4-2 Brewers victory at Wrigley Field. They met for the first time as Central Division rivals on June 15, 1998, a 6-5 Cubs victory also at Wrigley Field. In the competitive all-time series, the Cubs hold a 189-180 advantage. The Brewers are 95-91 at Miller Park, while the Cubs are 98-85 at Wrigley Field.

Opening Day was scheduled for today with the Brewers set to host the Cubs at Miller Park in the first game of the season for both teams. However, the start of the MLB season was pushed back indefinitely as a result of the coronavirus.

"No one knows when the MLB season will start, but we wanted to give fans a reason to smile and something to look forward to on what would have been Opening Day,” National Bobblehead Hall of Fame and Museum co-founder and CEO Phil Sklar said. “The I-94 Rivalry is one of the most intense in baseball, and this bobblehead is the perfect way to commemorate the passion and excitement of both teams and fan bases.”

About FOCO:
FOCO is a leading manufacturer of sports and entertainment merchandise celebrating more than 20 years in the industry. The company’s always-growing product lines includes apparel, accessories, toys, collectibles, novelty items, and more. FOCO is licensed with all major sports leagues including the NFL, MLB, NBA, NHL, NASCAR, MLS and over 150 colleges and universities as well as entertainment properties such as Disney, Warner Bros/DC Comics, Nickelodeon and WWE. Please reach out to Matthew Katz, Licensing Manager, P 848-260-4315 - mkatz@foco.com for more information. Follow @FOCOusa on Facebook, Twitter, and Instagram for more exciting news and new product releases. 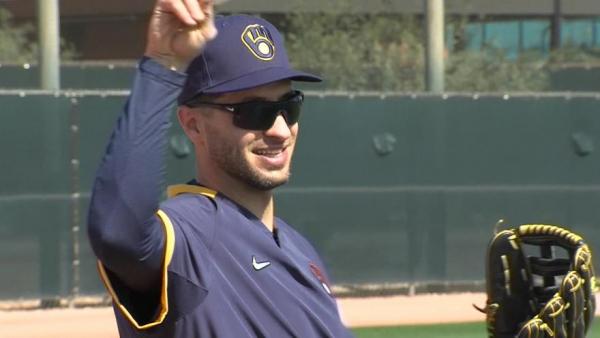