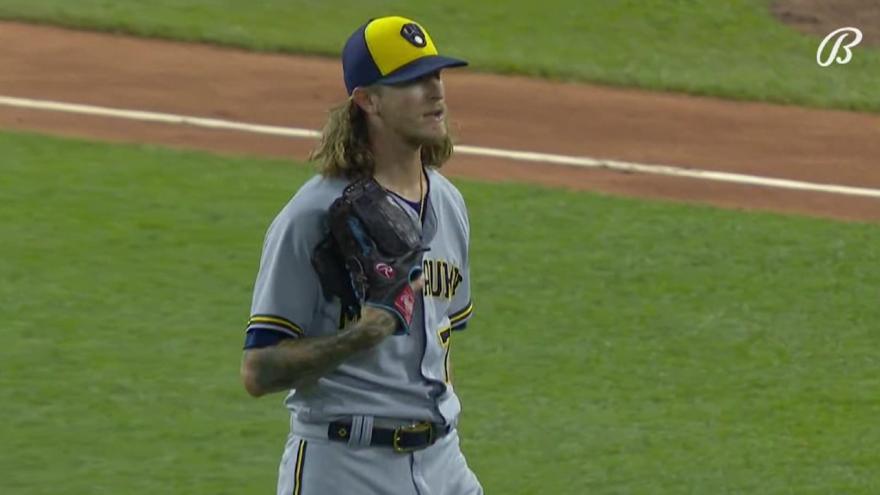 MILWAUKEE (CBS 58) -- Josh Hader, a four-time all-star closer and fan favorite is headed to San Diego, and it came as a surprise to Milwaukee Brewers fans Monday, Aug. 1.

When the news broke, the Hader trade was announced over the loudspeaker at American Family Field, where two local high school baseball teams were playing. Brewers fan Ryan Vanden Heuvel said that while the loss of Hader will hurt this season, he has trust in Brewers General Manager David Stearns.

"I think everything he's done while he's been here has been great, so I can't question him, that guy knows what he's doing," he said.

However, many fans wanted the Brewers to add players at Tuesday's MLB trade deadline to try to make a run at a World Series. Much of the reaction Monday afternoon on AM 1250 The Fan was negative, with many callers questioning why a team in first place in their division would sell off one of their best players. CBS 58 Sports Director Kevin Holden was the guest host from 3-6 p.m.

Hader is known as one of the best relief pitchers in baseball and signing them to contracts isn't cheap. Brewers fan Gary Lassanske saw this trade coming, as Hader was going to be a free agent after the 2023 season.

"I really thought they would have done it before now to be honest with you, I thought it would be before the season," he said. "I don't think they'd have been able to afford him after this year anyway, so, get what you can, when you can."

Quinn Assenheimer, whose team had just thrown a no-hitter at American Family Field earlier in the day, says the trade likely hurts their chances at a World Series this season, but hopes the Brewers can keep a sustained level of success.

"I hope coming up soon they make a run, a pretty far run, but I'm not exactly disappointed in them doing pretty good each year," he said.