Police say Derrick Ellis was armed with a firearm and engaged with an armed robbery suspect at the Burger King on 51st and Capitol Drive.

According to a criminal complaint, video footage shows the shooter, who police identified as Ellis, inside the restaurant which had just closed.

The complaint says Ellis appeared to be firing towards a man at the drive-thru window who was attempting to rob the cashier.

"Pull out a gun and this start shooting? That’s not even logical! Why do you have a gun at a Burger King in the inside and you're a worker?" said Niesha's mother Liceal Brazell.

She said she's not hearing much about the investigation from police.

"It's like where is my information, and I'm starting to get information back-to-back and it's starting to make me feel some kind of way," said Liceal.

Miriah Edwards, Niesha's close friend and co-worker who was there at the time of the shooting, said it did sound like the shooting came from inside.

She said with herself and Niesha being younger, they didn't see much of Ellis.

"He had been working at Burger King for a long time, that's what I know. Some shifts we would work with him, he mainly like worked morning shifts so we would barely see him," said Edwards.

After the shooting, the complaint says footage shows the male employee crawling on the floor collecting fired casings. It goes on to say Ellis asked to hide the gun inside a safe at work following the incident.

Authorities say Ellis is a convicted felon and prohibited from possessing a firearm.

He's been charged with one count of possession of a firearm by an outstate felon. If convicted, he could face up to 10 years in prison and could be fined up to $25,000.

Liceal said she wants to be kept more in the loop, and get her daughter's property back from police to give her the sendoff she was originally planning for her 17th birthday.

"She said she was going to pay for it herself, she wanted it exactly how she wanted it and she's gonna have it. So that's how we're gonna send her out, so I need her phone," said Liceal.

"My baby is going to get justice, the God that I serve is going to make sure of that," said Liceal.

The Milwaukee Police Department continues to seek Ellis as well as the unknown robbery suspect.

The unknown suspect, pictured below, is described as an African American male with a heavy build. He was last seen wearing a red hooded sweatshirt, tan pants and was armed with a handgun.

He was driving a black 4-door Chevy Impala with a sunroof and spoiler on the back. 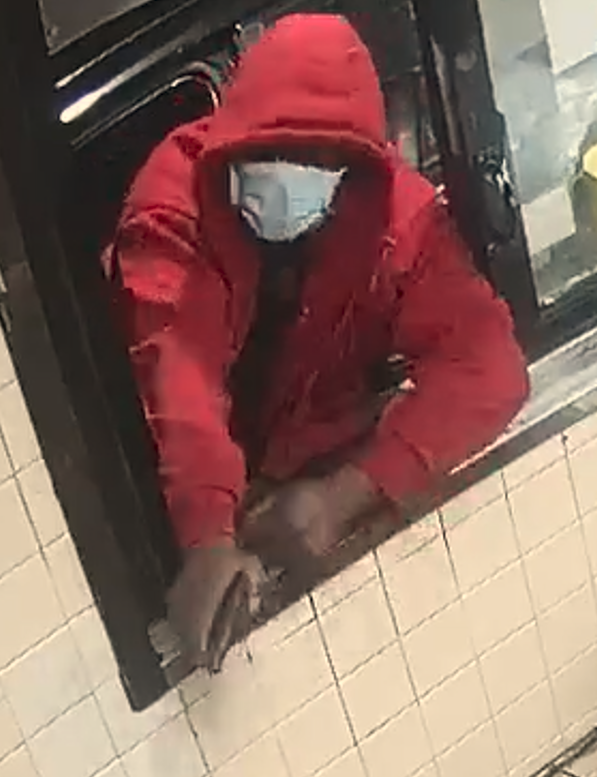 If you have any information please contact the Milwaukee Police Department at 414-935-7360 or to remain anonymous, contact Crime Stoppers at 414-224-TIPS or P3 Tips App.

Contributions to this story also made by: Frank Healy
Share this article: