NOW: Community members gather for vigil of teen fighting for her life after being shot in road rage incident

MILWAUKEE (CBS 58) -- Family members and friends of the 17-year-old girl shot in a road rage incident Tuesday night gathered for a vigil Saturday to pray for a teen who remains hospitalized.

Family members say Toniah Williams is fighting for her life at Children's Wisconsin and say the basketball player has a long road of recovery ahead.

Family and friends are still processing what happened to her and the other victims in the car. They gathered at Wisconsin Avenue Park with balloons, basketballs, medals, gifts and signs as they wrote words of encouragement for the teen who they describe as a tomboy and go-getter.

"She's got a heart of gold. She's very ambitious, very energetic and involved in sports. She loves basketball. she was playing in the house in her bedroom from the time she could walk," said Anthony Madison, Toniah's grandfather.

Williams was a passenger in a car with four people when she and a 19-year-old man were shot during a road rage incident Tuesday night.

Milwaukee Police arrested 36-year-old Jerod Brumfield who is also known as Ace Smith. He is a stolen car hunter. Police say the car the teens were in was not stolen.

"She deserves justice and answers from her state that she was born and raised in. She is gonna continue to fight and I need everybody in the community to fight for her and get the animals off the street that did that to her," said Rogers.

"Our child is in the hospital and in very serious condition by someone that should not have been allowed to even do what they're doing. As a family and community we must stop this angry behavior," said Madison.

Family and friends say Brumfield needs to face consequences for his senseless action.

"Our city needs to do their job and they need to do our job for an innocent child that goes to school, does her work, trusts God and believes in God, volunteers for her church," said Rogers.

Corey Kirkwood, a family friend and community activist shared a statement during the vigil.

"The person who committed this horrific crime was Jerod Brumfield. He followed behind the car and chased them and opened fire which caused a injury of the 19-year-old boy to the hand which he has to get surgery and a 17-year-old superstar which we call the GOAT which now is sitting in Children's Hospital fighting to be able to walk again. Because of your actions Jerod Brumfield, this young lady might not be able to fulfill her dream and go to college and become an WNBA basketball player. We the people in Milwaukee, Wisconsin and the family hold Milwaukee County responsible for this horrific crime. Jerod should of never been able to operate his business of such," said Kirkwood.

The vigil was a moment to pray for Williams and give her the strength she needs in her recovery. After the vigil, family and friends drove to Children's Hospital to shower Williams with love and support. 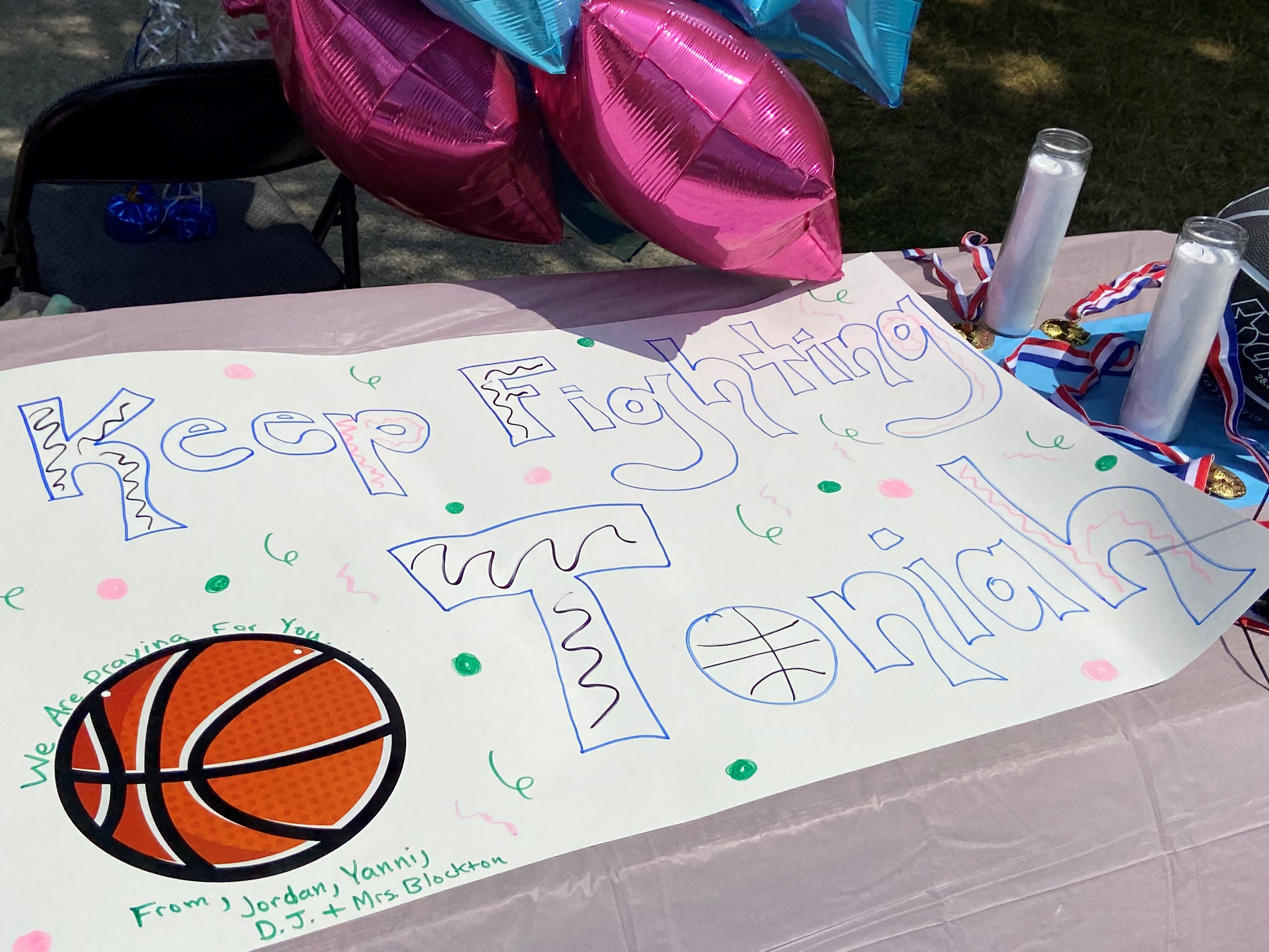 A family friend said Williams is talking and breathing on her own again but can't walk at the moment.

Family members are asking for prayers and demand for justice to be served for Williams and the other victims involved.

Charges are expected in the coming days for Brumfield.