'We heard boom, boom, boom': 35-year-old man shot outside his home in Kenosha

"We heard a boom, boom, boom," Donna Bianchi-Schultz said. The woman's home is just feet away from the shooting scene.

"I heard like several repetitive bangs," Kevin said, another neighbor.

Police found a 35-year old man unresponsive outside his home. They tried to save him but it was too late. He died at the scene.

"I think the whole neighborhood is in shock, disbelief," Bianchi-Schultz said. "He was real helpful, always helping the neighbors out."

A nearby gas station clerk says the man was a loyal customer. He says he had just dropped his child off at school before he was shot several times.

Squad cars and Kenosha city buses were blocking the man's body as police investigated. Multiple evidence markers were on the ground.

"Couldn't leave, they had everything roped off," Bianchi-Schultz.

A black pick-up truck was towed away from the scene. The driver's side window was shot out. "Everyday above ground is a blessing 2021" was painted on the back of the truck. 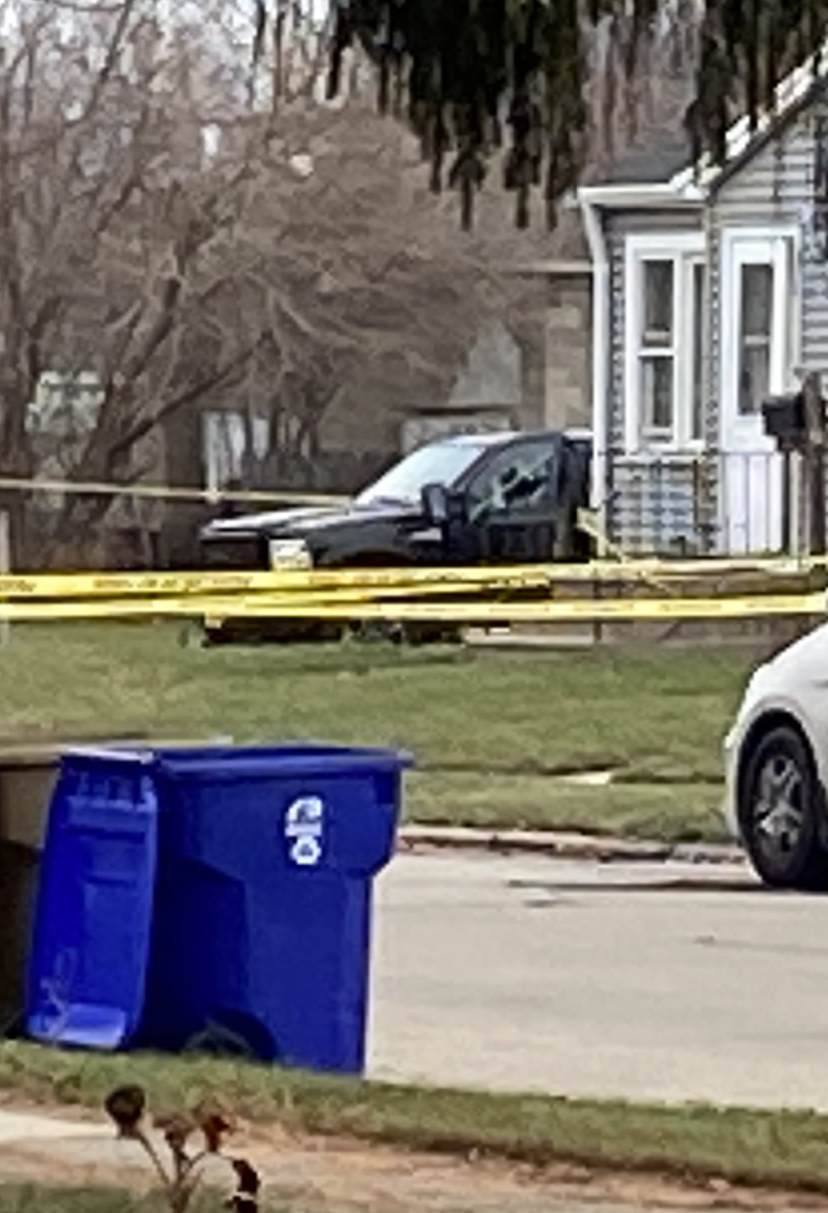 "When I turned the corner, the cops were pulling him out of the truck," Kevin said.

Kenosha police were looking for the shooter in the area, checking side streets and the train tracks. Neighbors say they knew his kids and it's sad Christmas this year be different without their dad.

"I am concerned about the kids because I know them. I just saw them at the grocery store the other day. They greeted me so yea this is kind of horrific," Kevin said.

KPD is actively investigating a death investigation near 26th St./23rd Ave. There is a large police presence, please avoid the area.

Police are still on the hunt for the suspect. If you have any information about the incident, you can call Kenosha Police Department Detective Bureau at 262-605-5203 or the Kenosha Area Crime Stoppers at 262-656-7333.