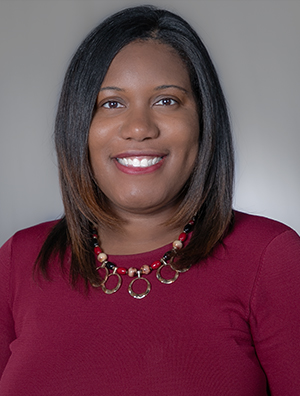 Winnie Marie Dortch is a Chicago native. She graduated from Hampton University with a bachelor of arts in journalism, and went on to earn her master’s degree from DePaul University.

Winnie started her journalism career at the NBC station in Missoula, Montana. After hiking in the mountains, she made her way to Omaha, Nebraska. Winnie was a multi-media journalist at FOX 42 KPTM. She learned how to tell stories and ask tough questions.

Now, she’s here in Milwaukee and ready to try cheese curds for the first time. Winnie loves people and holding great conversations. She cares about community needs. Winnie wants to tell your story.

When she's not on your TV screen, Winnie is spending time with her daughter, Kaelie Wynter. She also loves reality TV shows including "Law & Order SVU." Cupcakes, chicken and tacos are her favorite foods. If she’s thirsty, lemonade is her first pick.

Winnie lives by the saying, “there is no such thing as a coincidence, everything happens for a reason.”

If you would like to send Winnie a story idea, you can email her at wdortch@cbs58.com