"I'm not getting any younger and if I'm going to do this I need to do it now. So I went out and bought a bike, hired a cycling coach and starting telling people so I wouldn't chicken out."

The obvious question is why? The retired US Army colonel is embarking on the 27-day journey to honor six soldiers who gave the ultimate sacrifice under his command.

Riding from Nebraska to Virginia, Chris will stop at the grave sites for all six fallen soldiers.

"I wanted to do something special to honor their service and sacrifice," Kolenda said. "They all died doing the things I asked them to do. Following my orders. I'm the one who can tell Fallen Hero Honor Ride their stories."

Stories like Chris Pfeifer's -- his first stop on the Fallen Hero Honor Ride. Pfeifer died the day before his wife went into labor.

"What would Chris think about all of this?"

"He'd appreciate it," Kolenda said. "It's about taking care of our own."

Taking care of their own by raising money for the Saber Six Foundation. A foundation that not only helps the families of the six fallen heroes, but many of the other 800 service men and women who served under Chris in Afghanistan.

"We're coming up on Memorial Day and this is a time to remember the people who sacrificed so we can live in peace and pursue our dreams. These six, they never got to pursue their dreams beyond the military. Their dreams are frozen in time. But their buddies, their comrades, their descendants have dreams too and they deserve to be able to pursue them.

"I can always see them. Whenever I'm riding I can look down, see their names and just remember what this is all about. And if I start getting a little tired I can look down and get the inspiration I need." 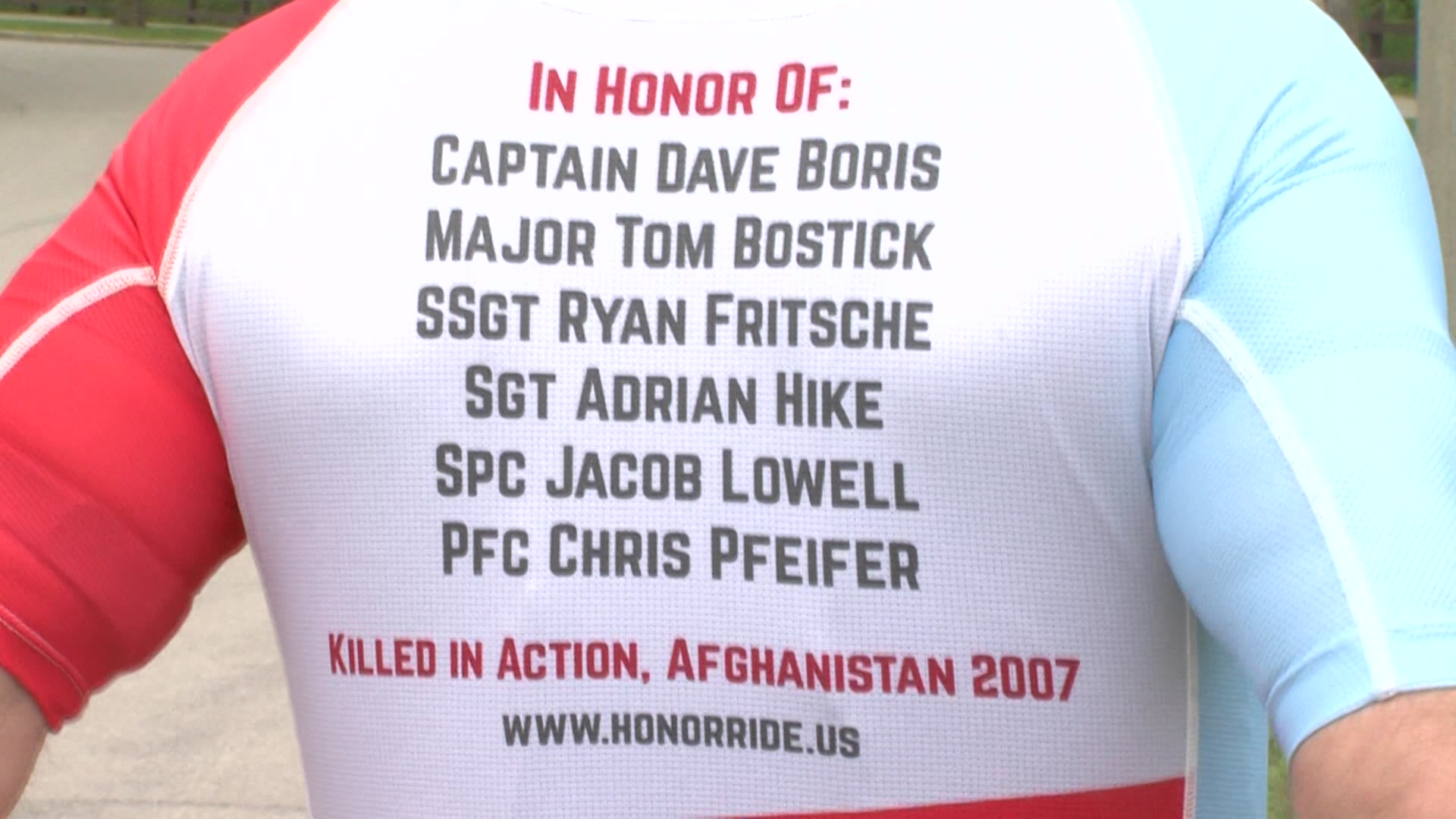