The all-time leading scorer at UW-Whitewater started running marathons after graduation and became the girls basketball coach at Wauwatosa East High School. So when she got the news, she may never run again -- it was brutal. That was February of 2020.

"I'll never be able to do so many things like hike again. I'm just really scared and I don't want to live in pain anymore," Mary said.

At that time, Mary had been dealing with blood pooling and burning sensations in her feet and legs that had been getting progressively worse for five months.

"My calves and my legs are throbbing this morning so I decided to hop in the cold tub. You can see the change in color in my skin," said Mary.

She couldn't make a fist. But no matter how many doctors she saw, it was the same answer.

"Nobody knew what was going on. All my test results came back negative and I was only getting worse."

By April, she couldn't really walk and as the pandemic struck that meant six weeks without leaving the house.

"For me, being an athlete, I definitely have some identity in fitness and training and performing. It was really hard physically for me. To lose the ability of my body in that way. Mentally and emotionally as well," Mary said. "I was frustrated all the time and the one release that was my usual stress reliever was not available."

Mary turned to woodworking as an outlet. All while advocating for her health and seeing as many doctors as possible.

"I promise you I wish I could be running. I wish I could be active. That's a huge part of my identity. I really feel like there were doctors who didn't give me the time of day. I had a doctor's appointment that was 10 minutes and I waited three months to see this doctor."

After a couple trips to the Mayo Clinic and seeing 17 different doctors, she went to Northwestern for lucky number 18.

"She saw all my paperwork, all my files that I put together and she said, "I know what you have. It's called fiber neuropathy."

"Hey, how about doing a half iron man?" said Mary, laughing.

"I'm just grateful I can run. On some runs I cry afterwards because I am so appreciative. Sometimes you forget and you go back in time and realize two years ago I was thinking I was on my deathbed, it was a long journey. I'm only 30, but I felt like I got my life taken away from me. Being able to live it again I'm so grateful."

After 18 doctors and more than two years, her journey still isn't over. Some days she can run for miles. Others, it's a struggle to put on socks due to the pain. But through it all, the good days and the bad, Mary kept coaching the Red Raiders. Setting an incredible example for her players. 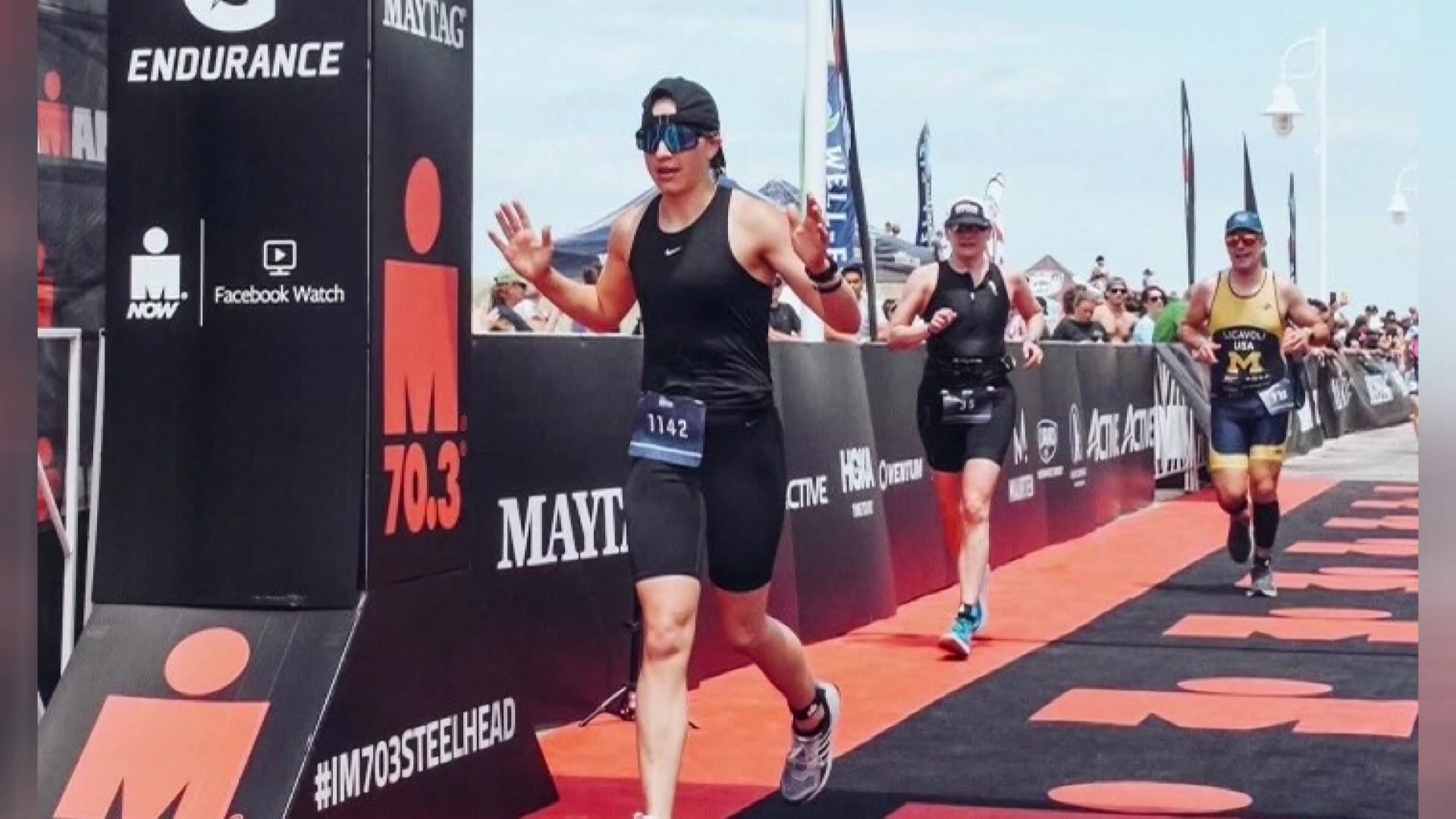