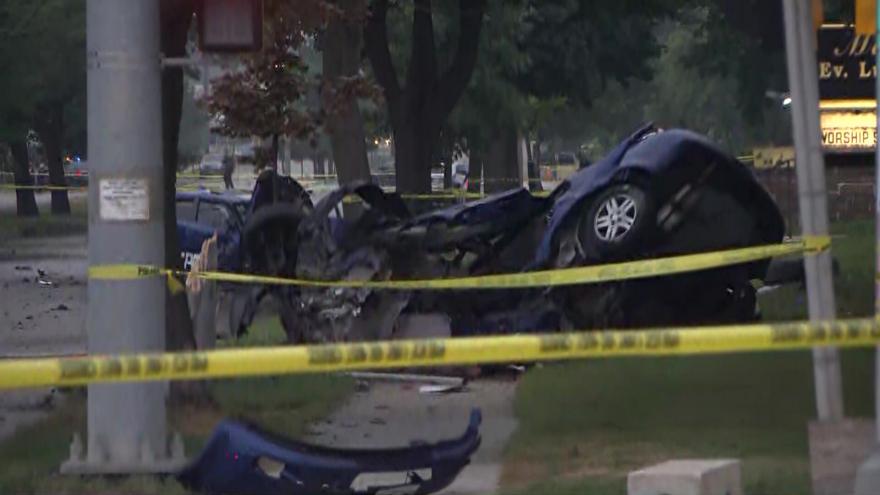 MILWAUKEE (CBS 58) -- More power could be given to the Milwaukee Police Department to help fight back against reckless drivers.

The Fire and Police Commission Policies and Standards Committee will meet tonight, Jan. 27, at 5:30 p.m. to discuss the issue.

Per the meeting announcement, "this amendment would allow police officers to tow unregistered vehicles engaged in the following:"

2. Exceeding the posted speed limit by 25 MPH or more

3. Fleeing from an officer

Reckless driving is a known problem in Milwaukee.

Tonight's scheduled meeting also comes in the same week that two members of the fire department were struck by driver on Monday, Jan. 24. The Milwaukee Fire Department said a driver lost control and crashed into the front of Fire Station Four while the crew members were out shoveling snow.

Fire Chief Aaron Lipski added that reckless driving is an issue that effects their jobs daily.

"People driving over hose lines and severing those hose lines. People driving on sidewalks because they've got to get where they're going in the middle of us trying to set up a fire attack on a fire scene," Chief Lipski said. "Please, let's just slow down."

The public is welcomed to be involved in tonight's meeting.

"The Board of Fire and Police Commissioners welcomes public comment at the beginning of each meeting. All FPC meeting notices are available on the City of Milwaukee Legistar System.

FPC Standards and Policies Committee approved a plan on Feb. 16 to tow the cars of some reckless drivers. The FPC will conduct another meeting on Feb.17.