Thursday has now trended completely dry. We stay under a mostly cloudy sky the majority of the day but a few peeks of sun or patches of blue sky will be possible. The rain, mix and snow will arrive late Thursday night into early Friday morning. During the morning commute on Friday expect some moderate wet snow and rain/snow mix falling across all of southeast Wisconsin. 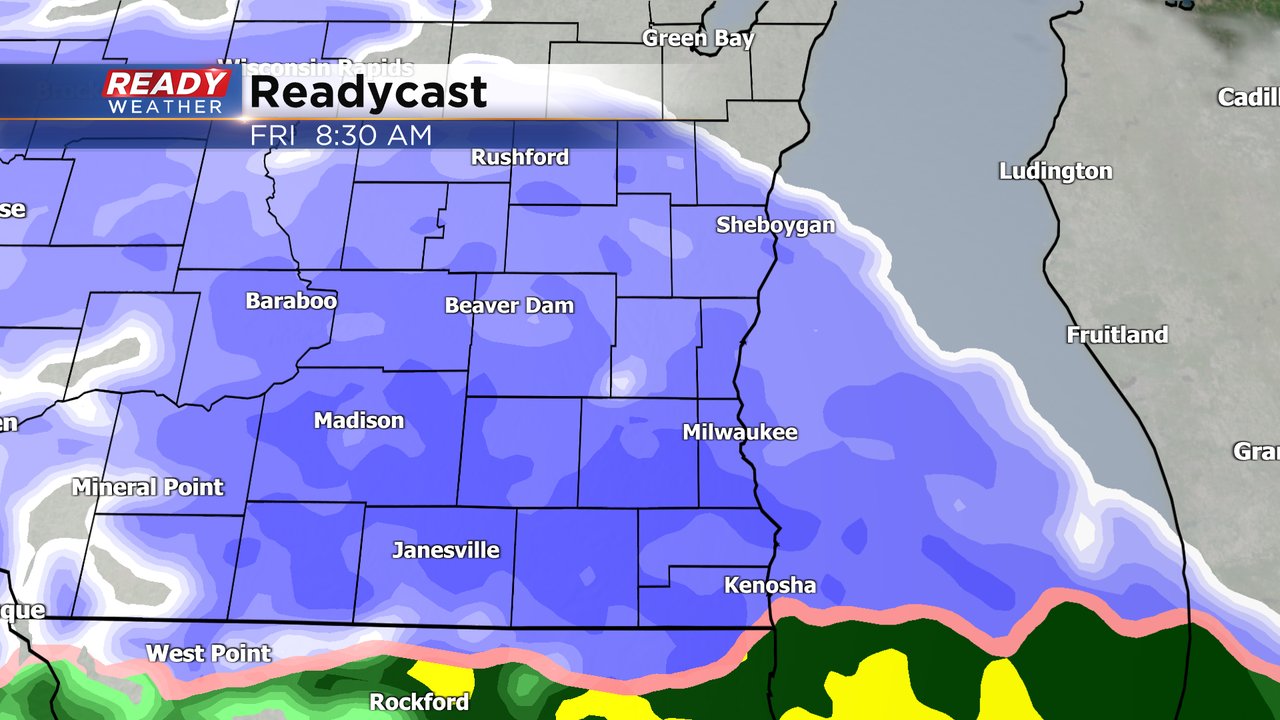 With mild temps above-freezing and a persistent lake breeze lakeside and southern areas will likely stay mostly mix during the day on Friday with some wet snow at times. Inland and northern counties have a better chance to see the slushy snow accumulate. Up to an inch of sloppy snow will be possible for lakeside hometowns including Milwaukee. Inland counties have the better chance to see 1-4" of snow with Dodge County seeing the best chance to see 4" and other areas in teh 1-3" range. 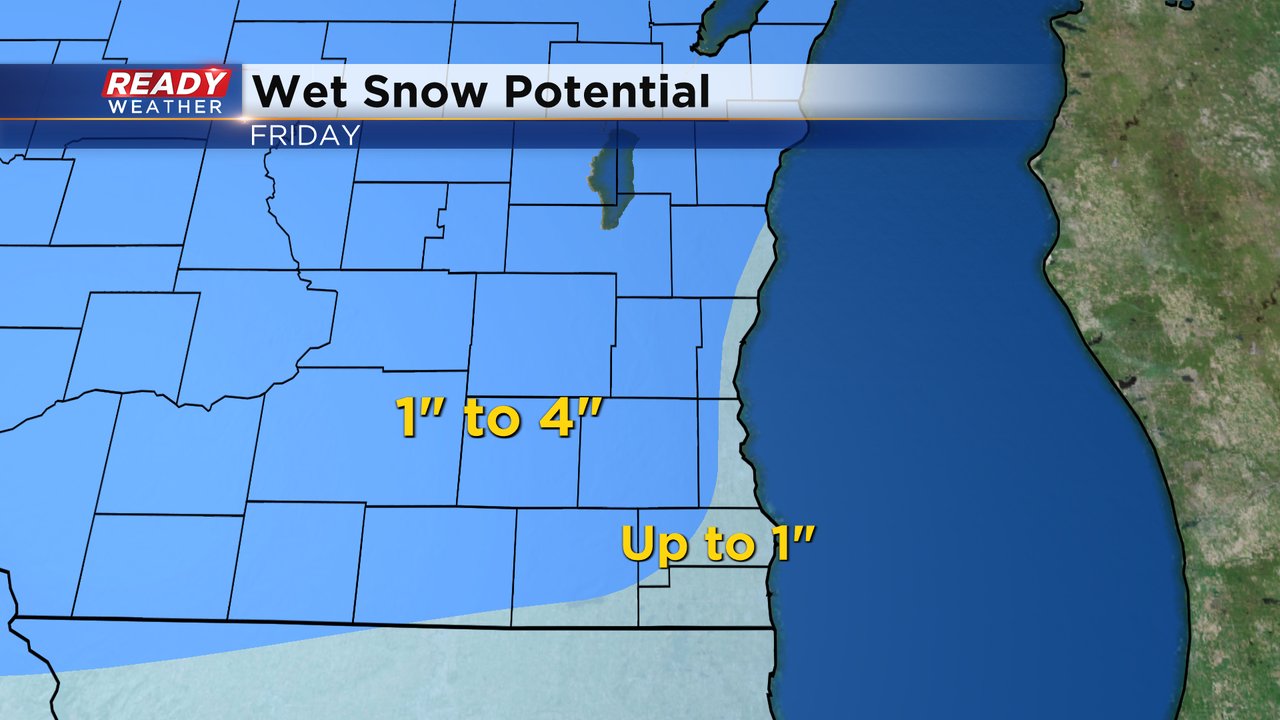 Overall impacts for the event will remain moderate. Snow and mix will come down at a moderate rate at times. Thanks to the mild temperatures roads should remain mostly slushy and sloppy but some neighborhoods and side roads could see accumulating slush. The wind will pick up a little bit with a breeze gusting to 20 mph but won't cause too many issues. 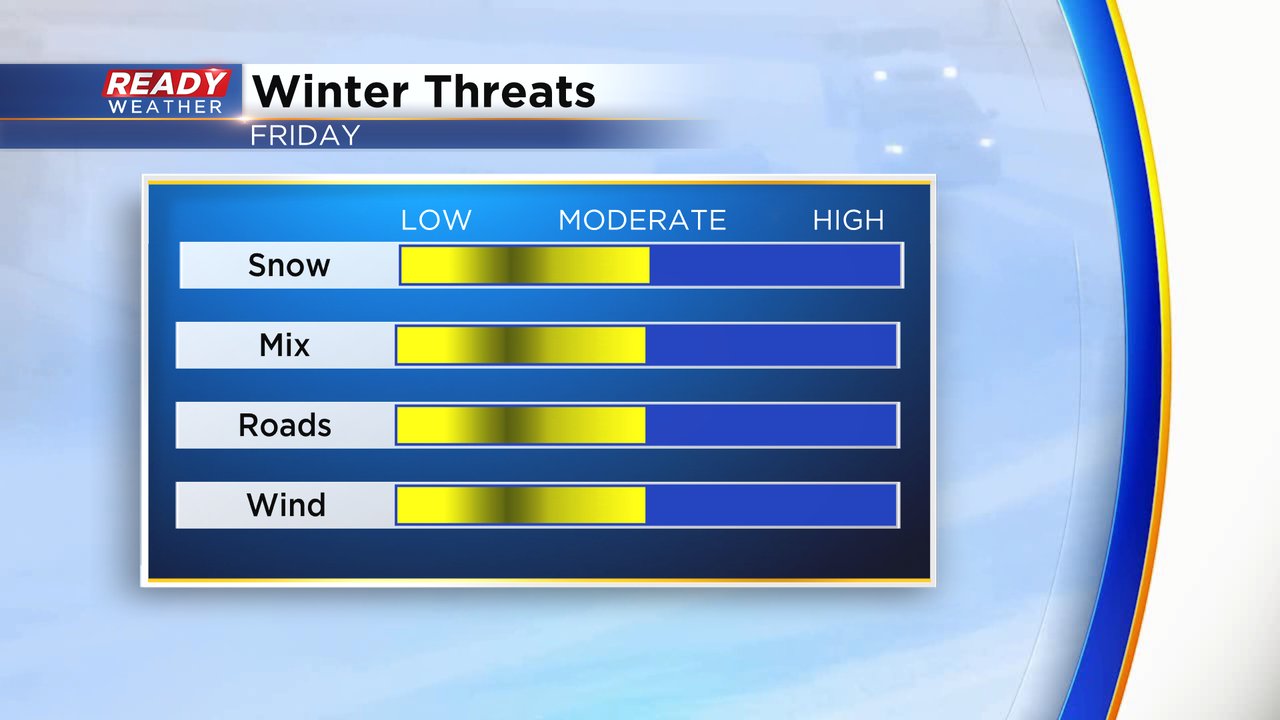 With Dodge County potentially seeing the most snow locally a Winter Weather Advisory has been issued there for the possibility of 4" of snow. The advisory there will start at midnight Thursday night and last until 6 PM. Just because the rest of our local area isn't under a winter weather advisory doesn't mean they won't see good snow. Slushy snow will impact the commute times especially away from the Lake. 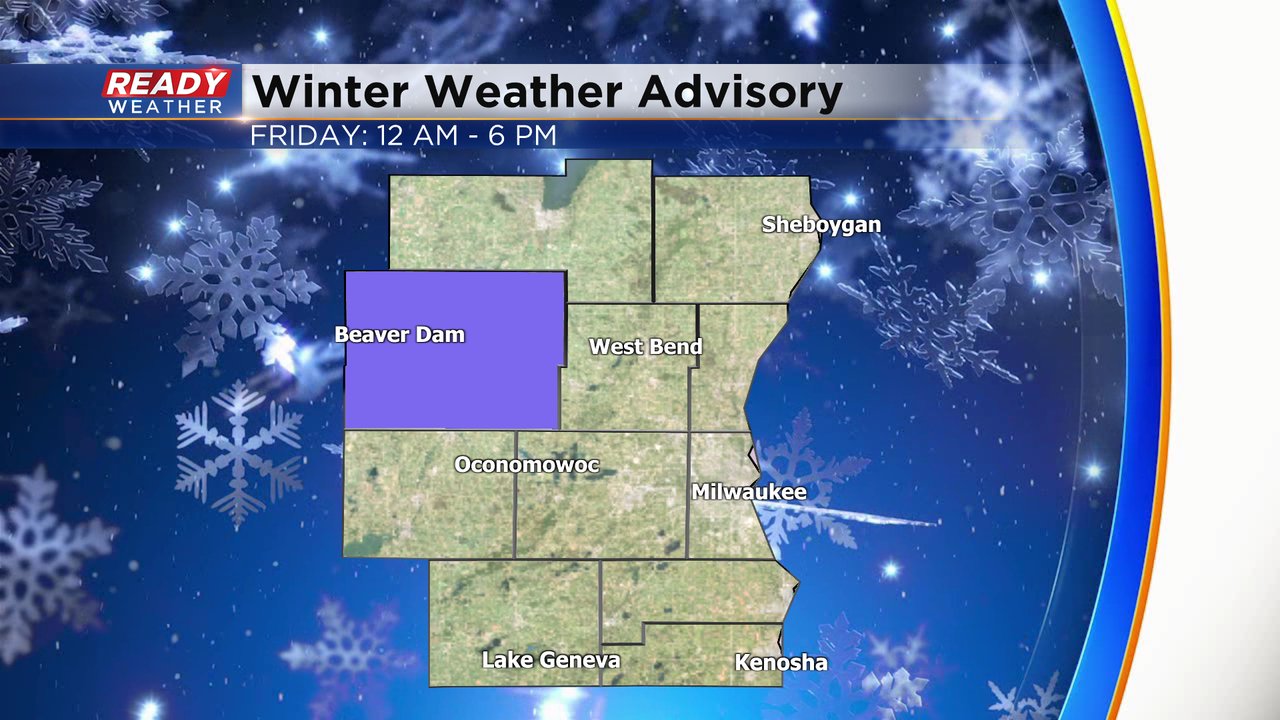 Download the CBS 58 Ready Weather app to track the snow and mix and see the latest forecast updates.