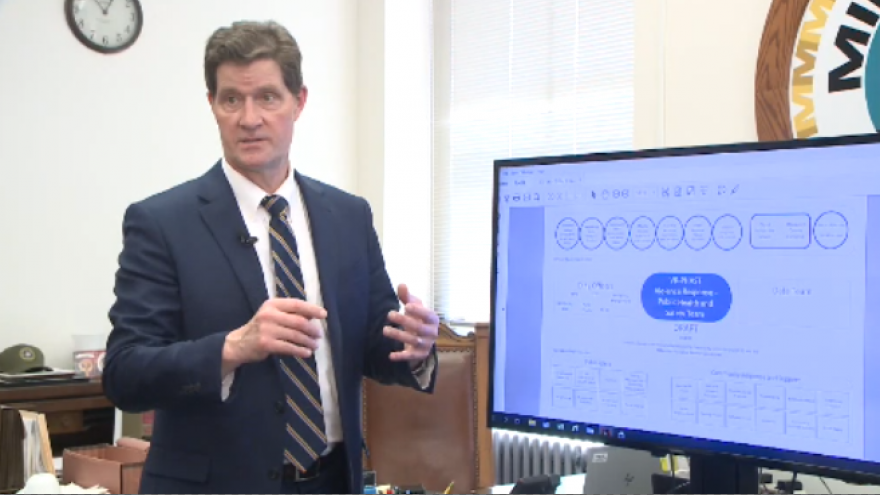 A group of citizens submitted a petition to Governor Evers on Dec. 20 calling for him to remove John Chisholm because his office recommended the release of Darrell Brook on $1,000 bail, who days later is accused of driving through the Waukesha parade, killing six and injuring dozens.

According to an Evers spokeswoman, an outside counsel was hired to review the petition and found it “fails to meet the statutory standards necessary for Governor Evers to commence the process for removing Mr. Chisholm from office.”

The petition was signed by Seymer Orville and others described as “Milwaukee County resident taxpayers.”

If new information or concerns are raised regarding Chisholm, the outside counsel also wrote in his memo the governor will give that information “full consideration and review to protect public safety and keep our communities safe.”


Days following the formal complaint, Evers said his office would launch an investigation, but would rather have voters decide Chisholm's fate than "kicking someone out of office."

Chisholm has refused to step down and called the bail set for Brooks "inappropriately low."

"Quitting in the face of fire is not the proper approach to take," Chisholm said on Dec. 2.

The prosecutor assigned to the case didn't have access to Brooks' risk assessment when determining bail because it wasn't uploaded in the system, Chisholm said.

Brooks' low bail was set in a separate case where he allegedly tried to run over a woman he has a child with, using the same car he used days later to plow through the Waukesha parade.