23-year-old Charles Irvine Jr. was killed in a crash near 76th and Silver Spring on Thursday afternoon.

At District 4, a Milwaukee Police squad car was draped in black. 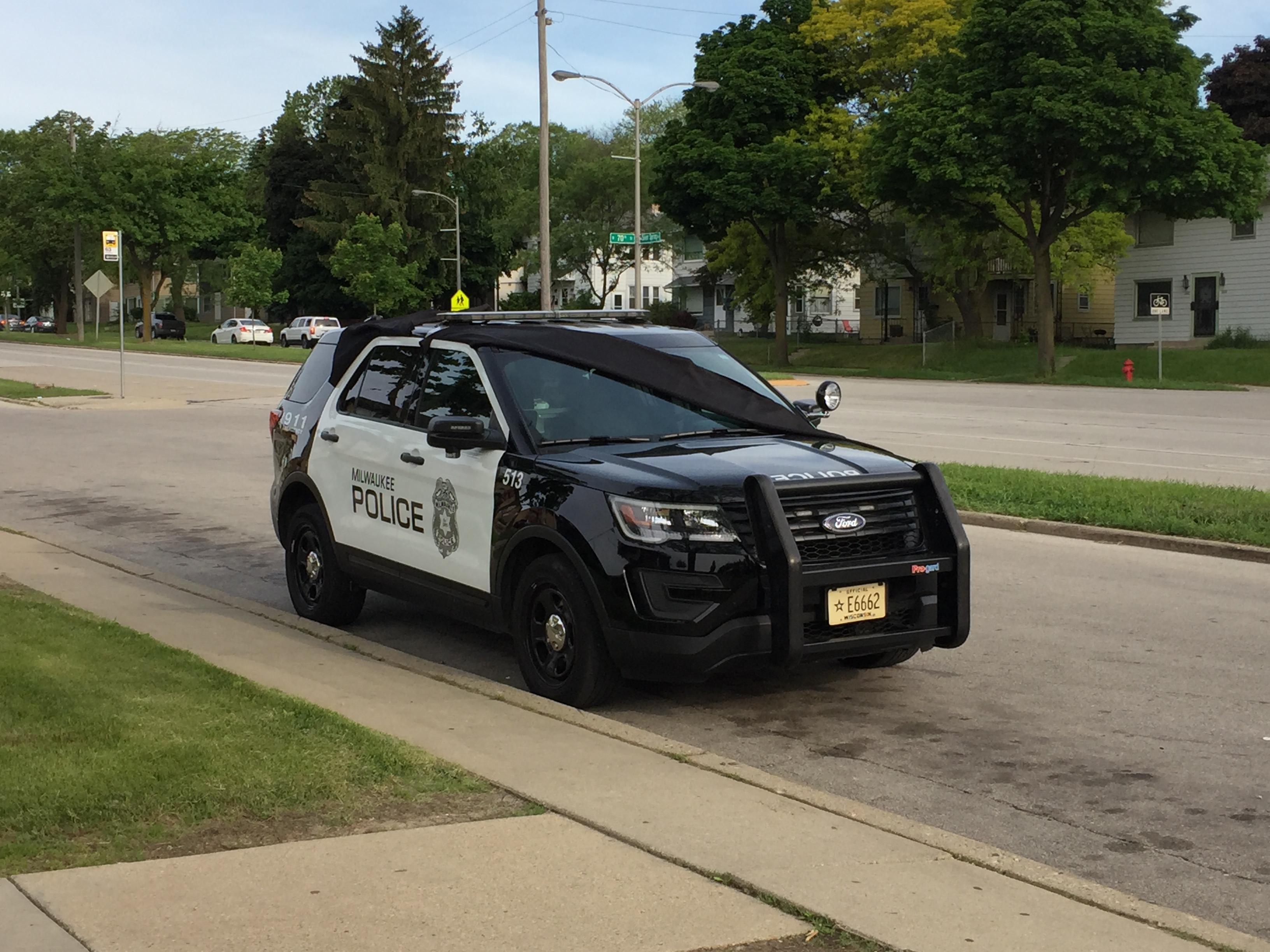 On Friday morning, Governor Scott Walker ordered the U.S. flag and State of Wisconsin flag to be lowered through sunset on the day of internment.

At police headquarters, the flags were already lowered in remembrance of Irvine Jr.

American flag at MPD Headquarters lowered to half-staff in honor of Officer Charles Irvine Jr. who was killed in a car crash yesterday during a pursuit @CBS58pic.twitter.com/n1WvALUzZq

MPD says more information relating to the crash will be released Friday.

Irvine Jr. has been with the Milwaukee Police Department for four years.

According to the Police Chief, Irvine Jr. and his partner were chasing a suspect when their squad left the road. The squad car was the only vehicle involved in the crash. 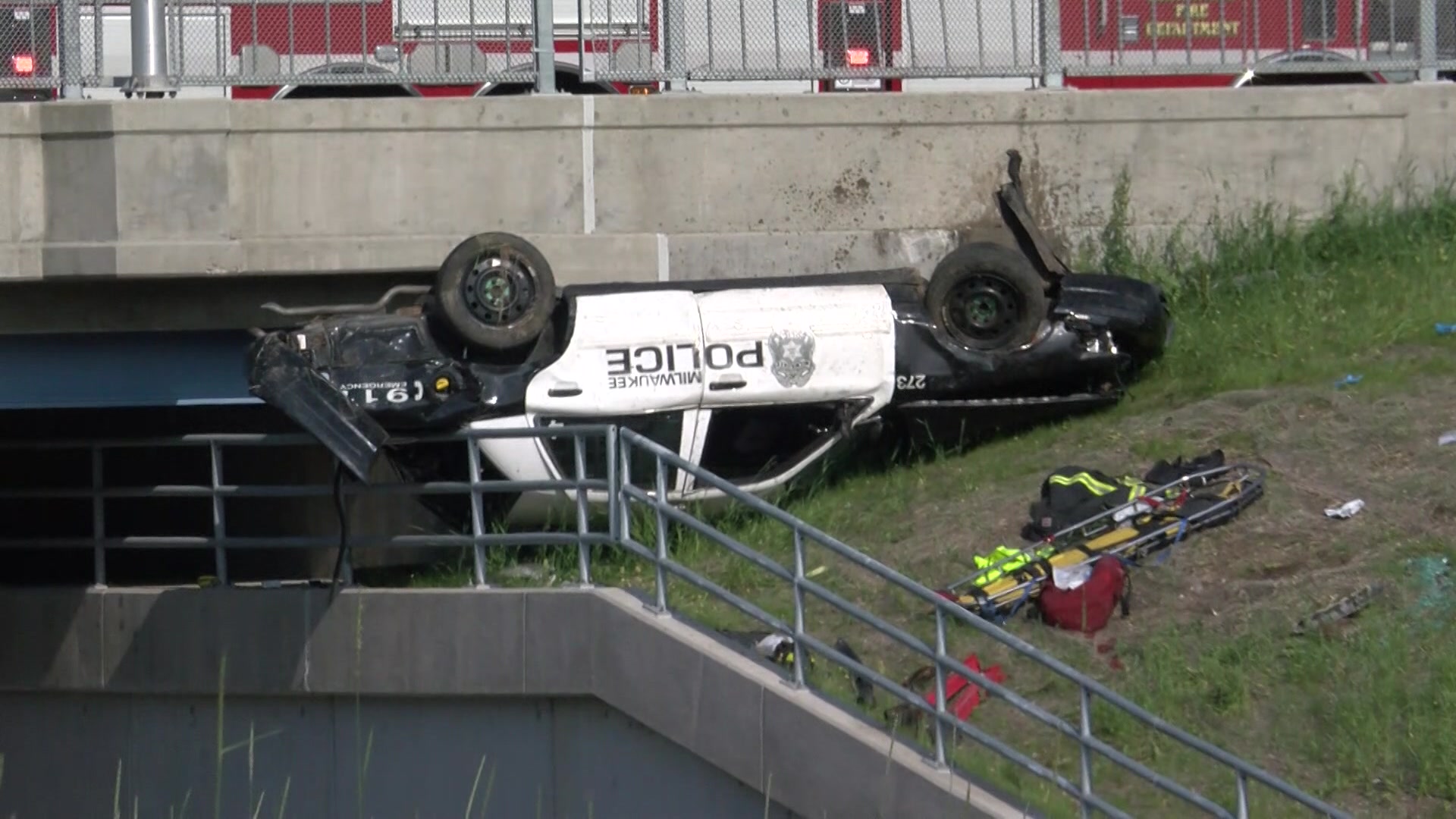 Both Irvine Jr. and his partner were taken to a local hospital where Irvine Jr. died from his injuries. His partner, a 36-year-old MPD officer with four years of service, is in stable condition at this time.

"Officer Irvine gave his life for the people of this community. He served this community because he wanted it to be a better community," said Mayor Tom Barrett. "I ask that everyone in this area remember him and his family in their prayers."

We mourn the loss of MPD Officer Charles Irvine of District Four. May he Rest In Peace. pic.twitter.com/bBhCLz8WX1

The Chief says Irvine was just starting with the police force. He began his service with the Milwaukee Police Department at the age of 19 and became a police officer at the age of 21.

A procession of police officers followed Irvine's body from the hospital to the Medical Examiner's Office.

UPDATE: MILWAUKEE (CBS 58) -- The Milwaukee County Medical Examiner confirms that one officer has died after an MPD squad car flipped over near 76th and Silver Spring.

There is currently no word on the condition of the other officer.

City officials are expected to brief the media at 8:45 p.m. with the latest updates.

MILWAUKEE (CBS 58) -- Rescue crews are currently on scene of an accident near 76th and Silver Spring.

CBS 58 News has a crew on scene who captured photos of a Milwaukee Police squad car which appears to have flipped over.

BREAKING: I spoke with two witnesses who say they saw the MPD squad car flip several times. One witness tells me the officer sped past his car before the squad hit a curb and flipped over. Police have not confirmed this information yet. pic.twitter.com/wG7N3AP0PO

The Milwaukee Fire Department was called out for an auto extrication assignment around 5 p.m. on Thursday. They confirm that two people were taken to a local hospital. There is currently no word on their condition.

Milwaukee Police are investigating a single vehicle accident involving a squad car at 76th and Silver Spring. Two officers have been transported to the hospital.

There is currently no word on what lead up to the crash.