Morning Snow Wanes with More Snow to End the Week

Other than some patchy flurries, the snow has come to an end. Check out the final snow totals across the area: 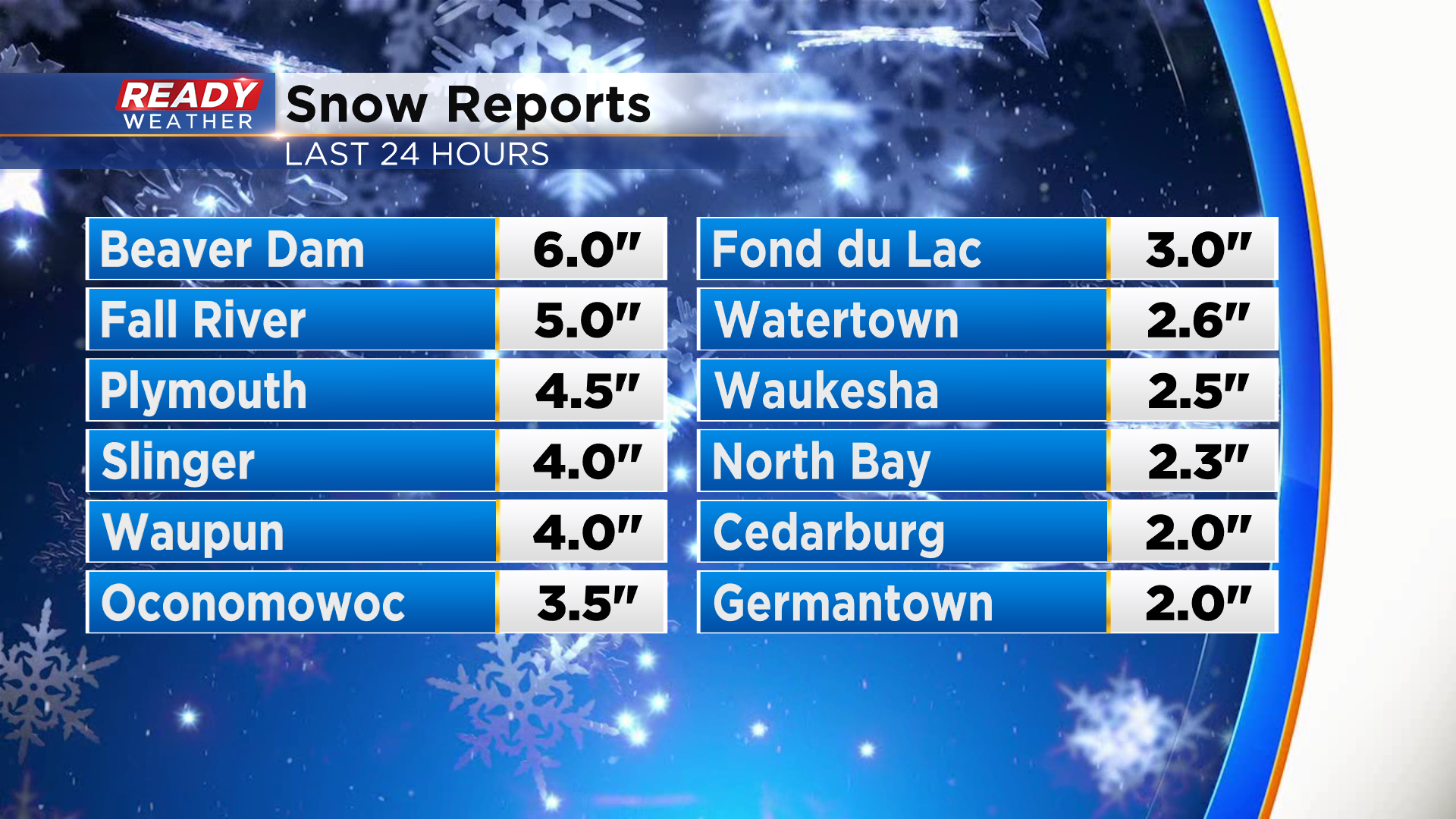 This is what's left on Ready Doppler early this afternoon: 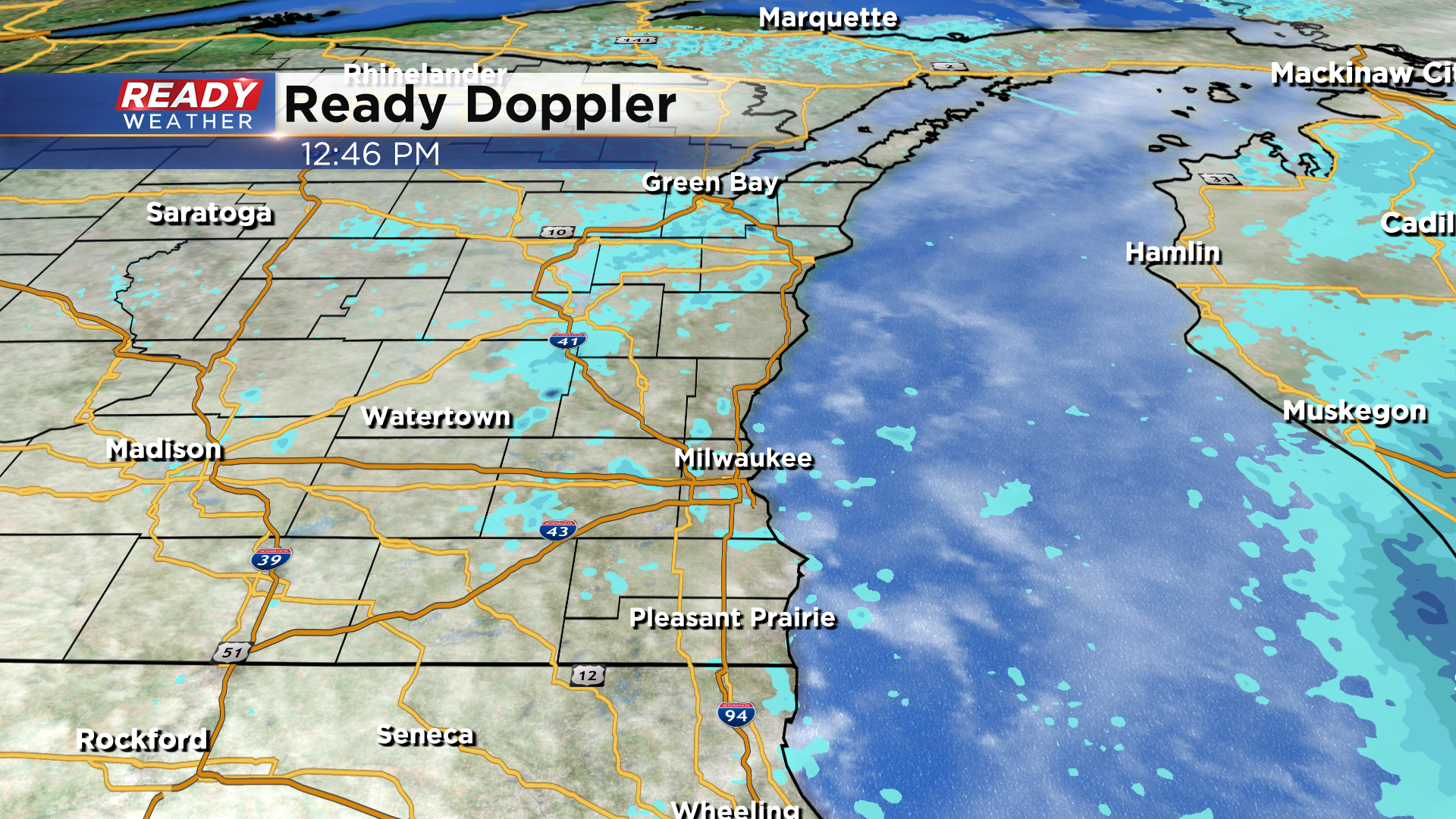 With temperatures near or just above the freezing mark and some sun poking through, road conditions should quickly improve for the day.

Give it a few hours before the snow tapers off across the area. The Winter Weather Advisory holds until noon unless it's dropped sooner.  1-3" amounts have been pretty common across the area.  Although Waupun has seen at least 4".  Places in Iowa County have seen more than 5". Lots of slick spots on the roads and highways.  Please slow it down.  And look for refreezing tonight. 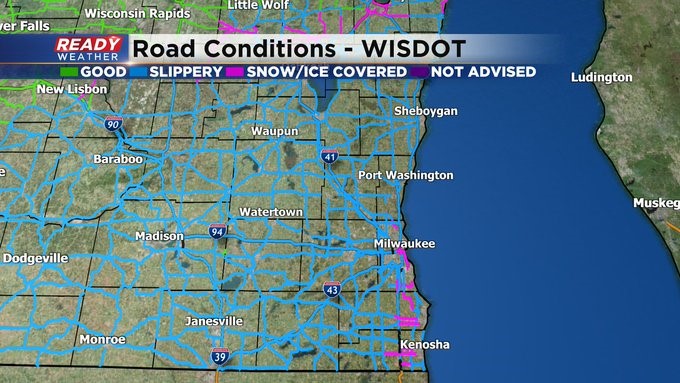 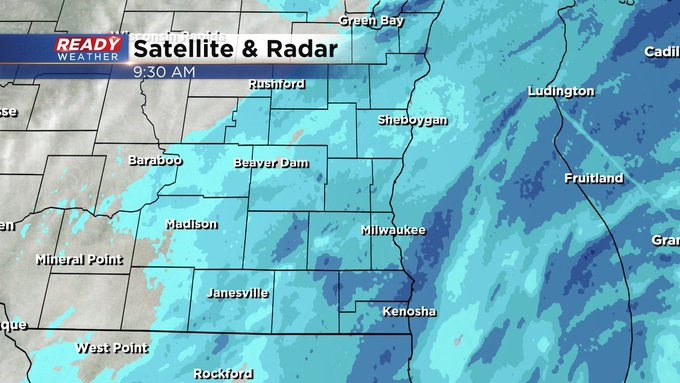 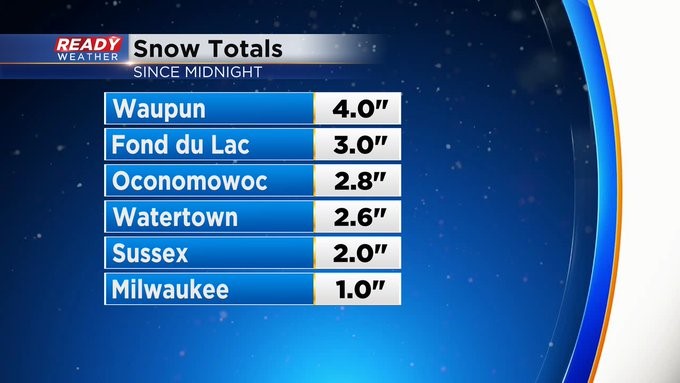 So far most of us have seen between 1 and 3 inches of snow.  But more is on the way through the morning. The afternoon should be better and then expect more re-freezing. 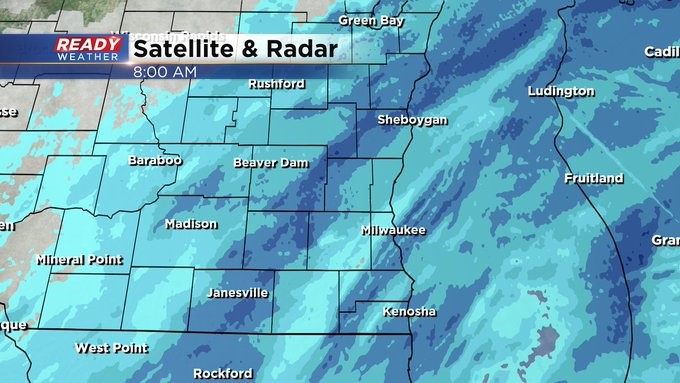 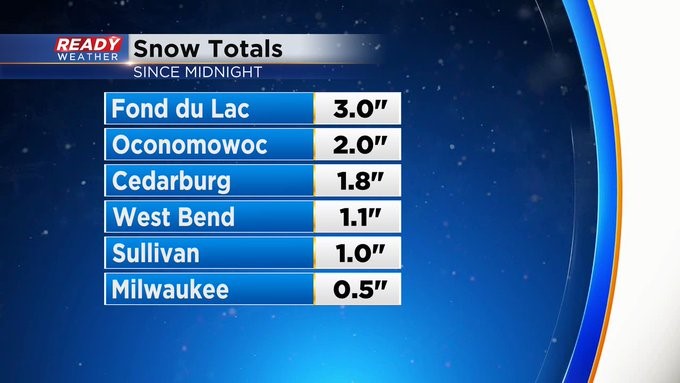 It's snowing again all across the area.   Please watch the slick spots and lower visibility too.  The Winter Weather Advisory goes until noon.  1-3" additional amounts are possible.  3-5" totals. 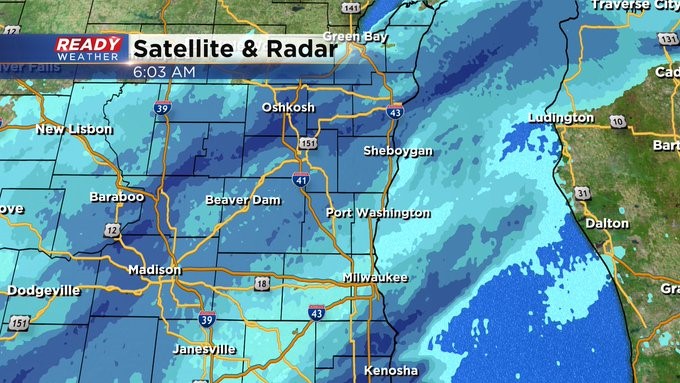 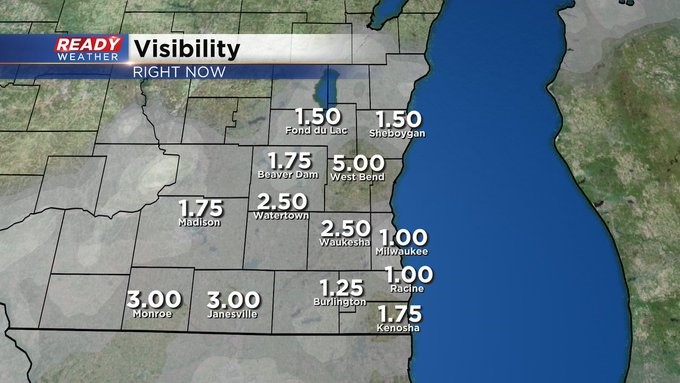 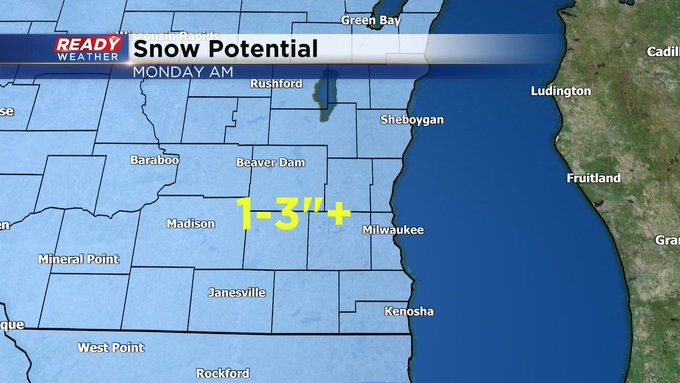 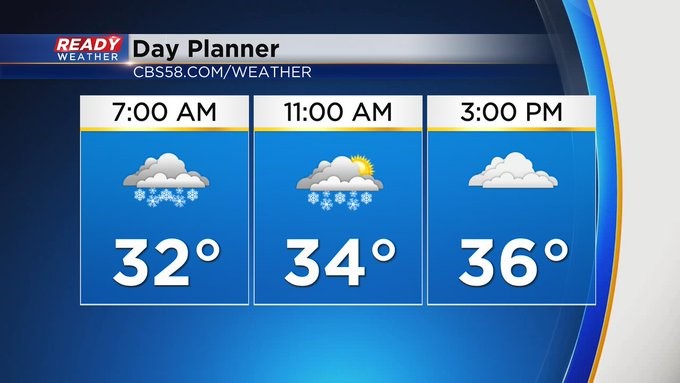 MILWAUKEE (CBS 58)--Hope you didn't get too used to the 66 degree temperature on Saturday.  Wintertime is back and in full force.  Expect snow the first part of the day.  In fact we have a Winter Weather Advisory until lunch for the entire area.  I think a good 2-4"+ will be the rule of the day with some higher amounts, especially north and west of the metro.  This will be a heavier, wetter snow with temperatures hovering around 30-32 during the storm.  Look for 3-5"+ of total accumulation. 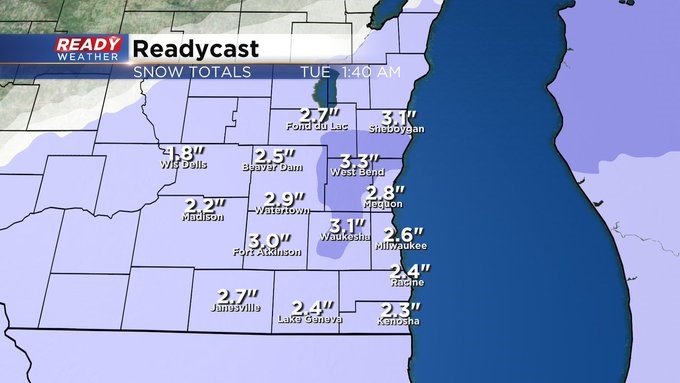 We take a break for most of the week before another system, mainly snow, gets us later on Thursday into Friday morning.  Some computer models are hinting at some Lake Effect snow into the weekend, but there's still some forecasting to do between then and now.  And then perhaps a bigger warmup by the middle of next week.  Stay tuned and please drive carefully today. 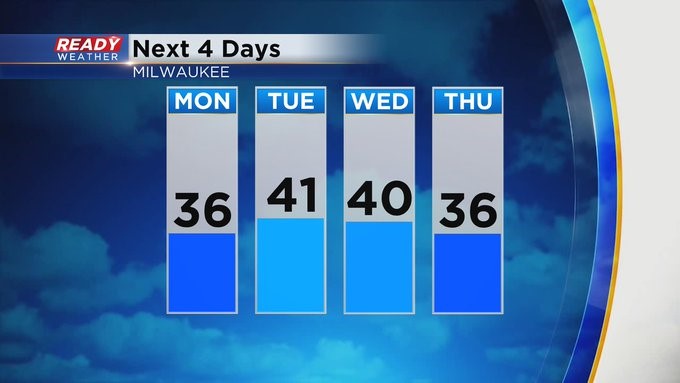 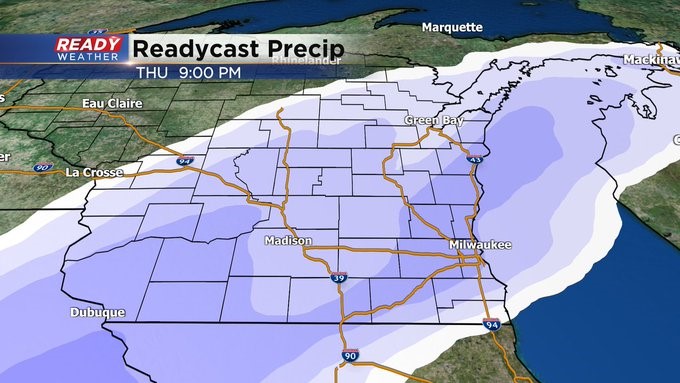 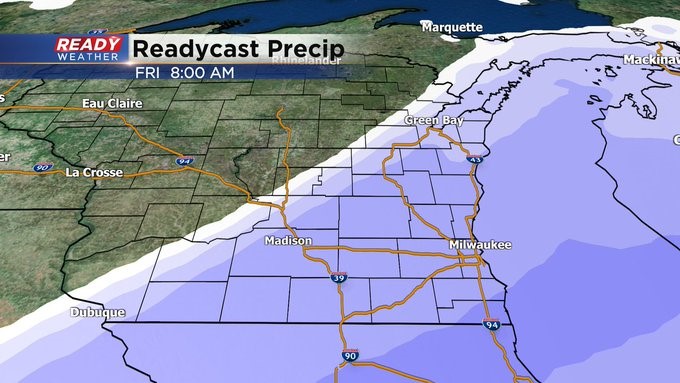