20th warmest and 14th wettest September comes to an end

September is over and the month ended up being fairly warm and wet. The first three weeks of the month were pretty mild and the warmest day of the month happened right on the first day of September with a high of 89*. The coldest day arrived at the end of the month when Milwaukee almost got into the 30s. Overall the month was 1.3* above-average and goes down as the 20th warmest September on record. 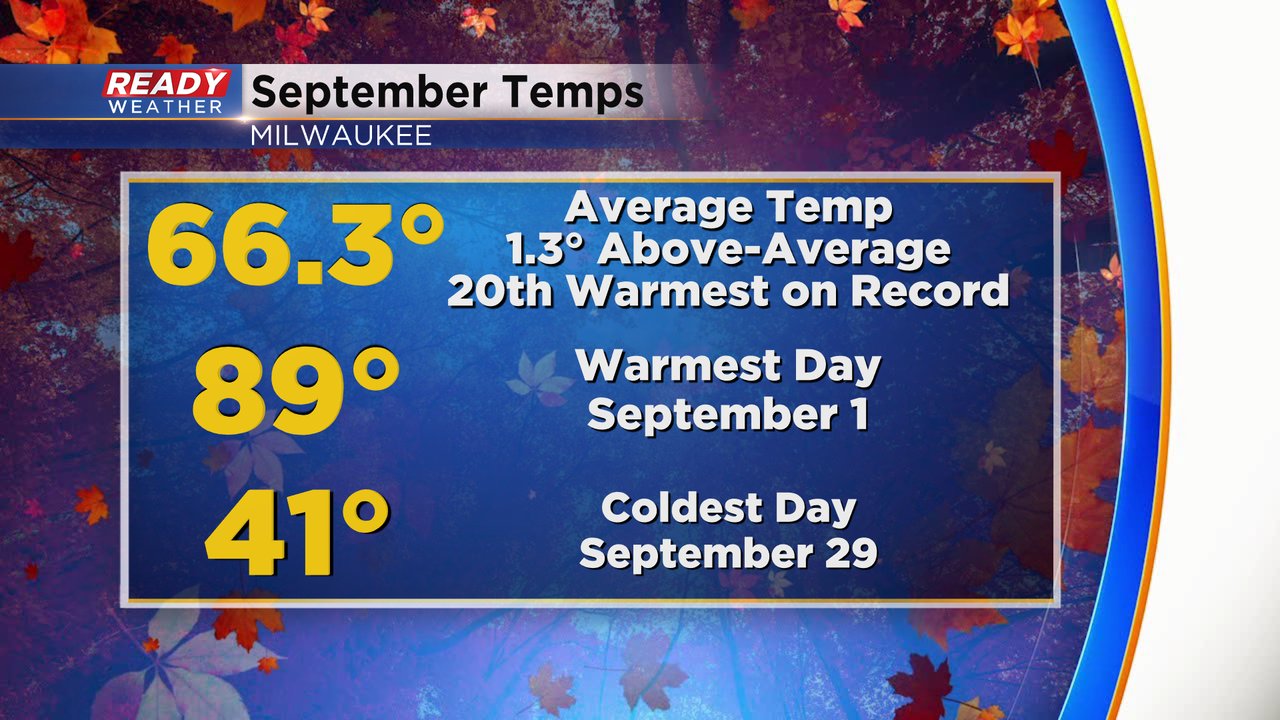 When it comes to rainfall most of the rain fell on that very wet day in the middle of the month. Milwaukee officially ends with 6.23" of rainfall which is almost double the monthly average. It goes down as the 14th wettest September on record. 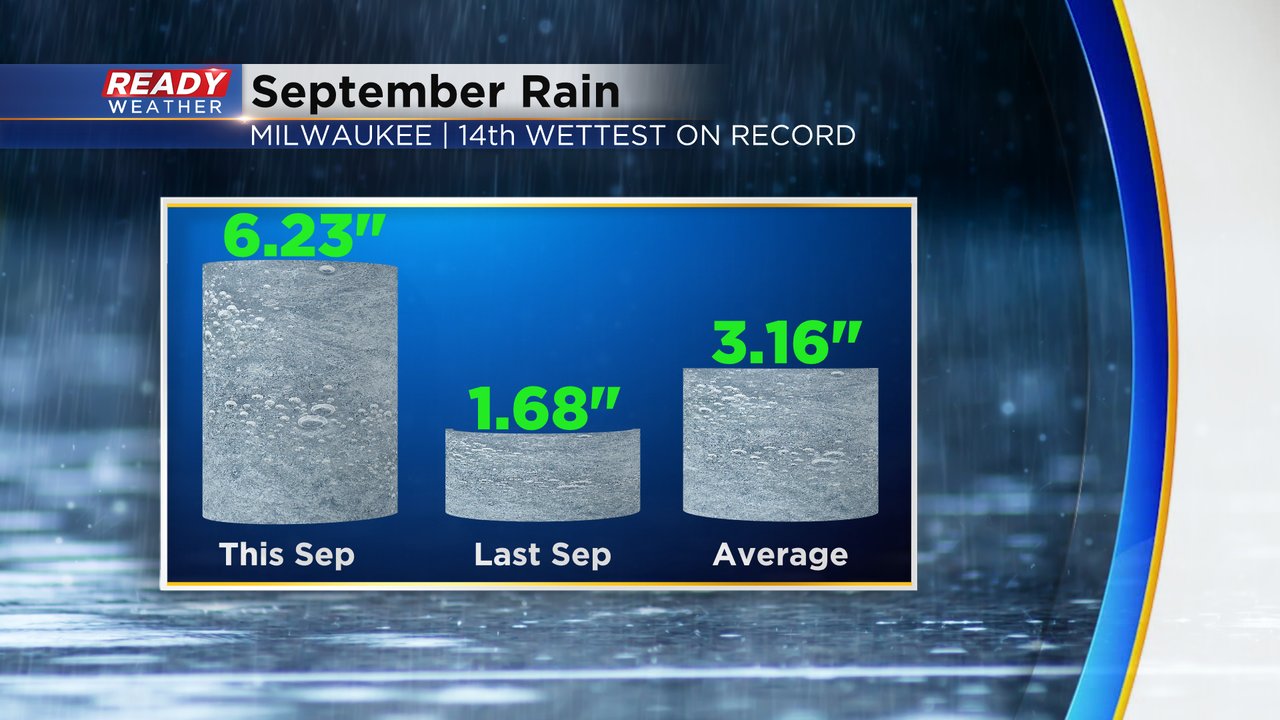 October is a big transition month where the average high goes from the upper 60s down into the middle 50s and lows drop into the 30s by the end of the month. We could see the first snowflakes of the season fly in October which does average 0.3" of snow during the month. 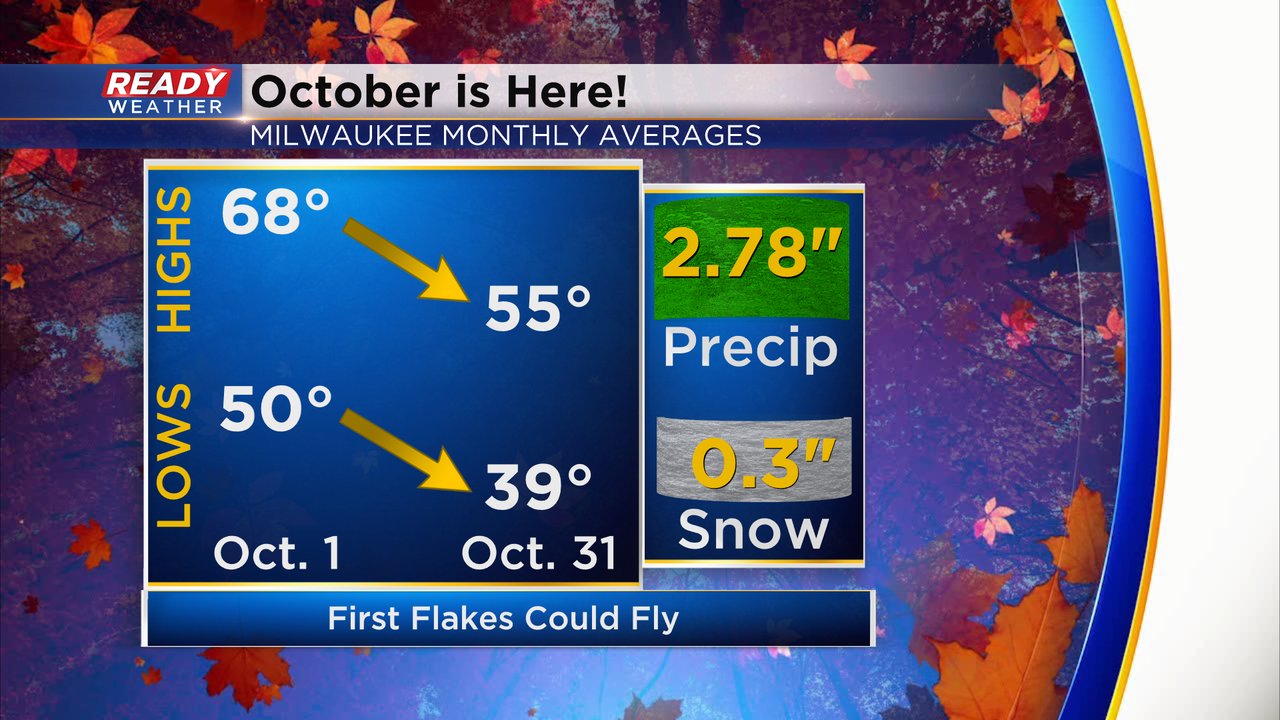 The CBS 58 Ready Weather app can be the first to let you know if snow is in the forecast!